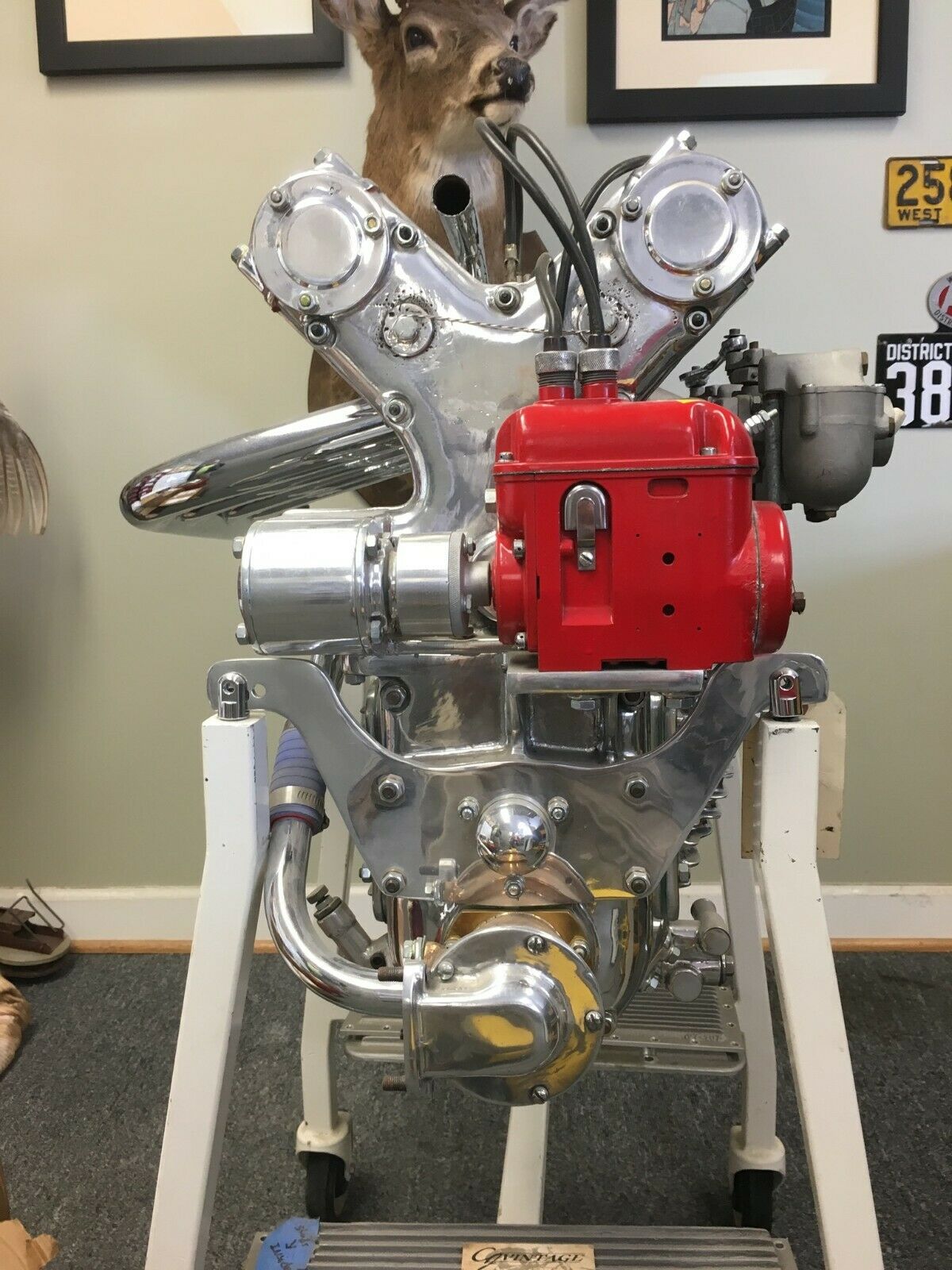 The best line in the eBay ad for this incredible little engine is one where the seller writes, “As I was told when I purschaed her, ‘the engine will try to kill you.'” The person selling the engine was not telling the guy that it was going to blow up and impale him with parts but rather, this little hellion of an engine would make enough power to try and coax the operator of whatever vehicle it was in to drive over their head. Listen, many, many guys died piloting stuff powered by Offy engines and while it was not the engine’s fault, it is kind of an interesting and macabre mystique about the era of racing where these things completely dominated.

The 110ci Offenhauser was a slightly larger version of the  97ci mill that was the initial midget engine offering from the outfit and apparently Leo Goosen over the course of his life did not give Fred Offenhauser much credit for much but did give him credit for these two little versions of the engine platform. Midget racing was so popular and so dangerous that it drew big crowds back in the day. Guys would graduate from the midgets to sprints and from sprints to open wheel race cars on asphalt and then to places like Indianapolis. The main competition for this little engine was the Ford V8-60 at the time and the Offy was a superior being by all of it. Lighter, far more advanced, stronger, and built like an anvil, the little Ford engines may have been cheaper but the Offy was a beast for its small size.

As we know the block and head are all one pice so pistons with massive domes and all the compression could be fitted without worry of pushing out head gaskets, the dual overhead cam design allowed revs for days, and the single trumpet exhaust played the same note that you can read about in the Bible taking down the walls of Jericho.

This engine was restored, refreshed, and never run at all. It has been given a mouthful of Marvel Mystery Oil but has like zero run time on it. It’s basically new and it’s something that we’d like to own to stare at but we hope someone buys to actually put back into a vintage midget for racing of showing off purposes.

The Offy IS America’s greatest racing engine. Don’t agree? Tell me why!

eBay: This immaculate 110ci Offenhauser engine needs a vintage midget to land in 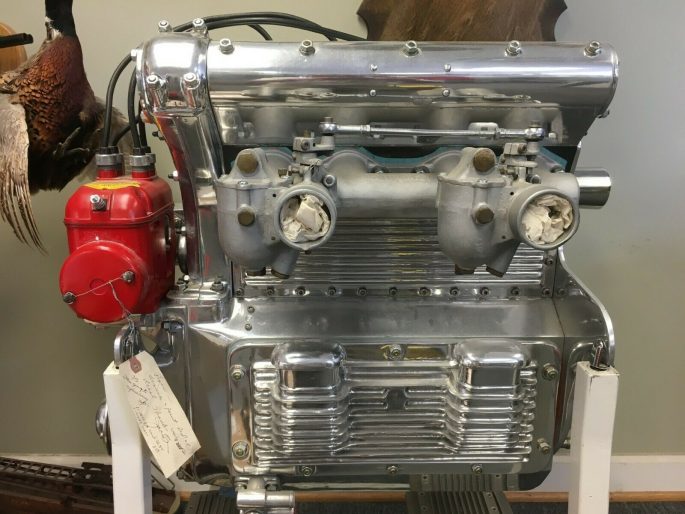 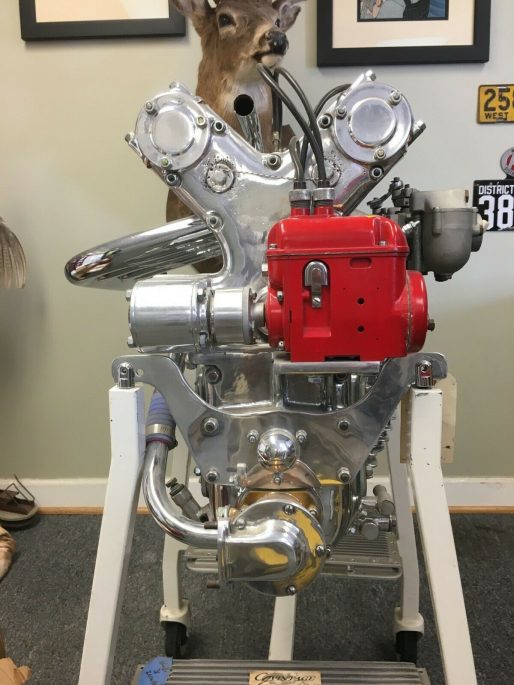 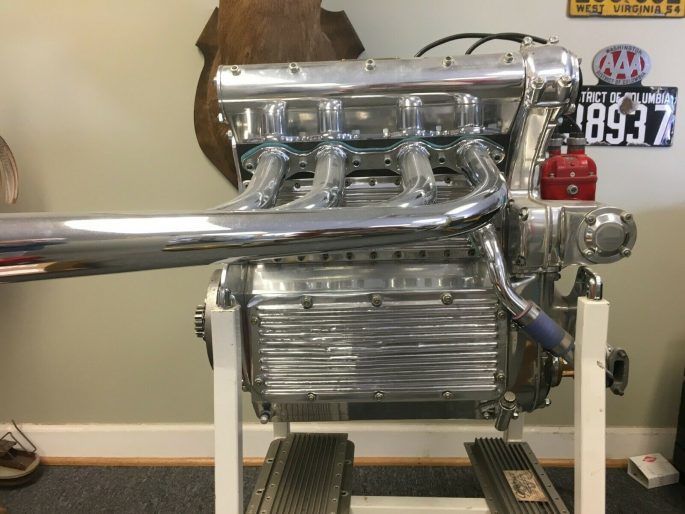 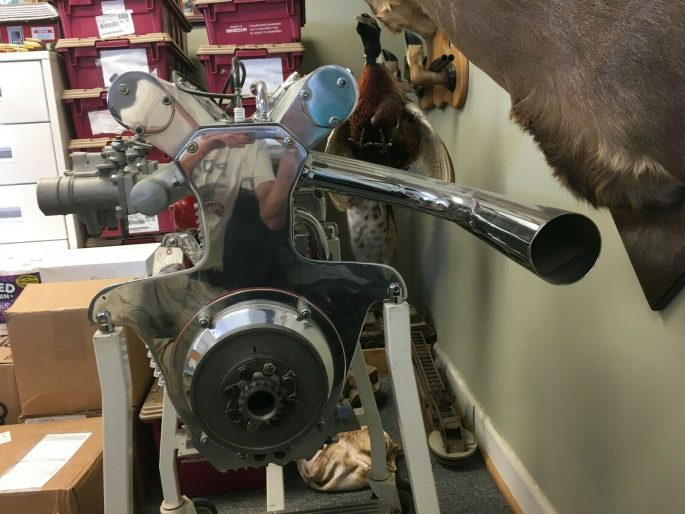 "I'm An Engineer": Transforming The Trash Can Bronco Into A Competent Off-Roader Drag Action Photos: The Southeast Gassers Association At Shadyside Dragway! More Wheels Up Madness!

2 thoughts on “Little Giant: This 110ci Offenhauser Engine Needs A Vintage Midget To Land In Stat!”