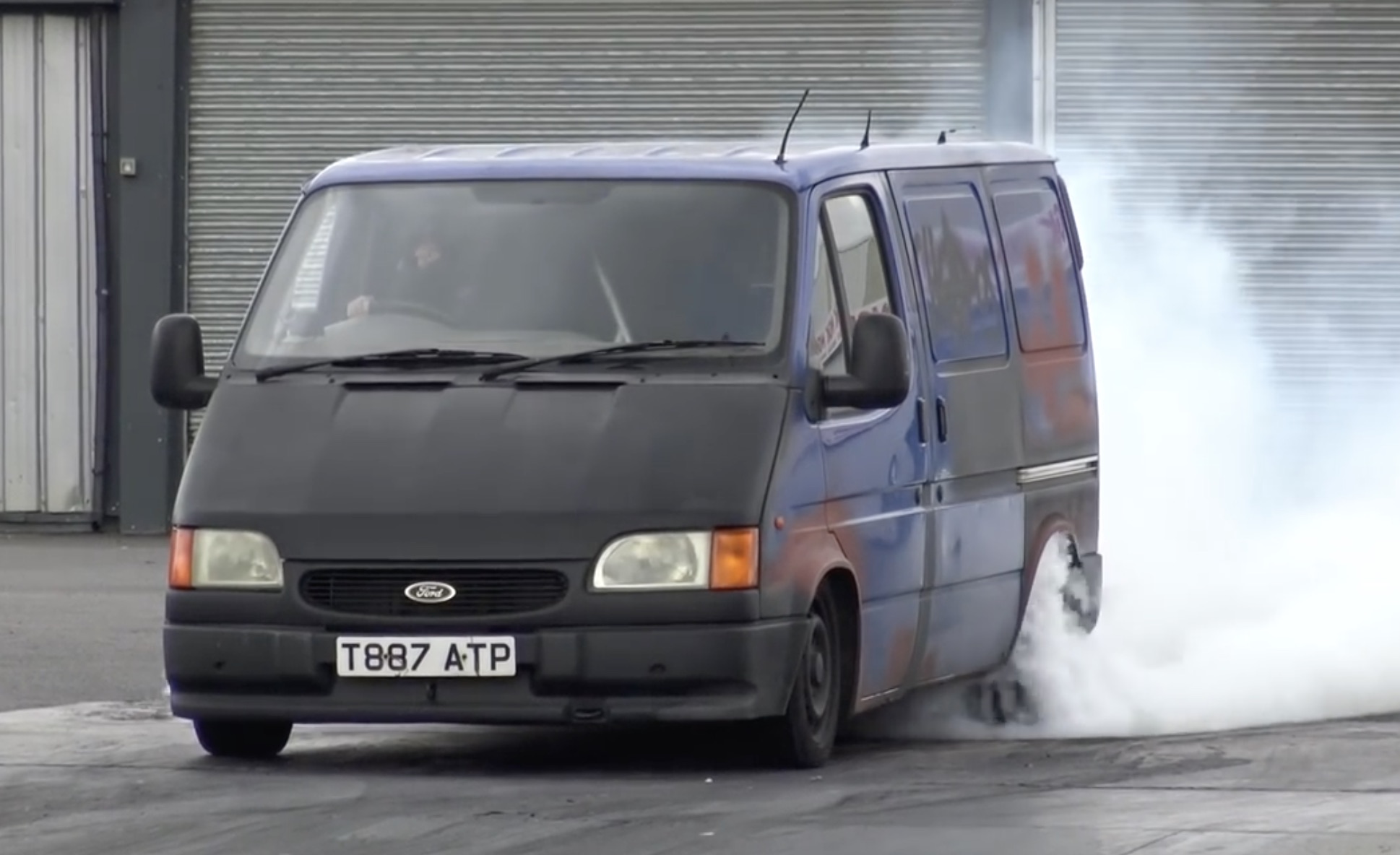 I first encountered the Ford Transit cargo van during my first visit to Iraq…the laundry contractors had them parked outside of their building. You’d walk up, toss them a bag full of seriously foul and possibly fermenting clothes and they’d immediately toss said bag of awfulness into the back of a decrepit old Ford that looked half-dead just on sight alone. The fun part of that? The vans weren’t that old, a couple of years at the most. Was it the funk from a cargo hold of sweaty uniforms? I doubt it. But between both visits to the country, the only time I ever saw a Transit that was 100% alright and intact was in Kuwait, parked outside of a government building. Most of the time they looked absolutely beat to hell and back again, and that’s pretty much in-line with the Transit’s reputation as a workhorse, a reputation that goes back to the introduction of the first generation back in 1965.

Stout it may be, but “powerful”, it ain’t. Luckily, even in the U.K. there are people who will look at creative options for making something fast, and in this tagged-up, worn looking version, that bit of creativity is showcased in the form of a Lexus V8 jammed inside, hooked to a manual box. Just watching this thing launch and take off down the length of Santa Pod, leaving BMWs in the rear-view, makes us think of the time Richard Hammond took out Top Gear Australia’s Shane Jacobson in a drag race between an HSV Maloo and a Transit that had the powertrain from a Jaguar XJ220 buried inside. He summed up what you will see here the same as he did after making an airstrip pass in the Jag-van: “You could’ve warned me, I got the shock of my life!”

Great Video! Watch Tommy Ivo Drive The Four Engine Wagon Master In 1996! Ken Block Takes On Ireland In His Escort Rally Car! The Donegal Rally From The View Of The Head Hoon!