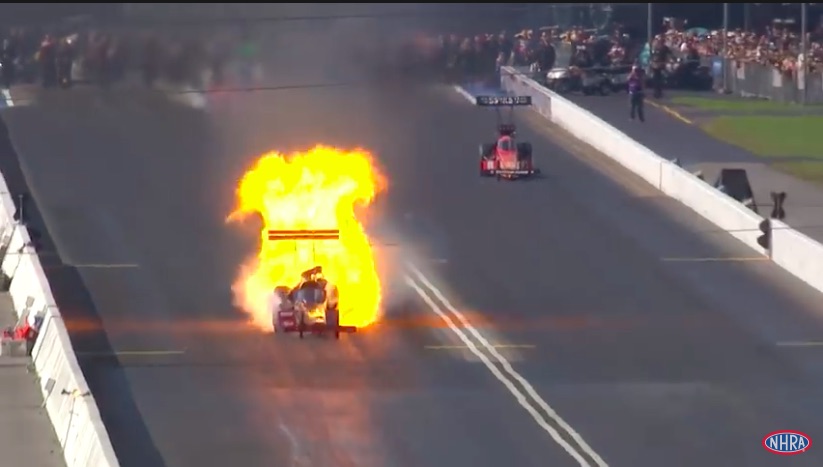 The even blow up when you CLOSE the throttle. When Spencer Massey was cruising to a first round victory last weekend in Bristol at the NHRA Thunder Valley Nationals, we’re guessing everything was feeling pretty good. For the split second after he crossed the finish line, we’re guessing it felt even better. Then hell was unleashed behind him and those really good feelings were replaced with one of mechanical dread.

Typically when engines fail like this at the big end of the track it is because a rod fails when the driver steps off the throttle. In this case, it looked like multiple legs were thrown out of bed and allowed a whole lot of oil to escape post explosion. Even the injector hat was destroyed. Only a chunk where the throttle cable attaches to was left intact.

The car Spencer was driving is owned and is typically operated by Pat Dakin. Pet’s been under the weather and we understand he will be back in the seat next year. Anyway, they do not run every race but they are a good crew. Slinging a whole new engine into this car in short time was a hustle for the group but they got it done in time, falling to Brittany Force in round two.