SUV-Hack: The Street Machine Guys Carve Up A Ford Territory In The Name Of Less Weight. Try To Not Cry, Please. 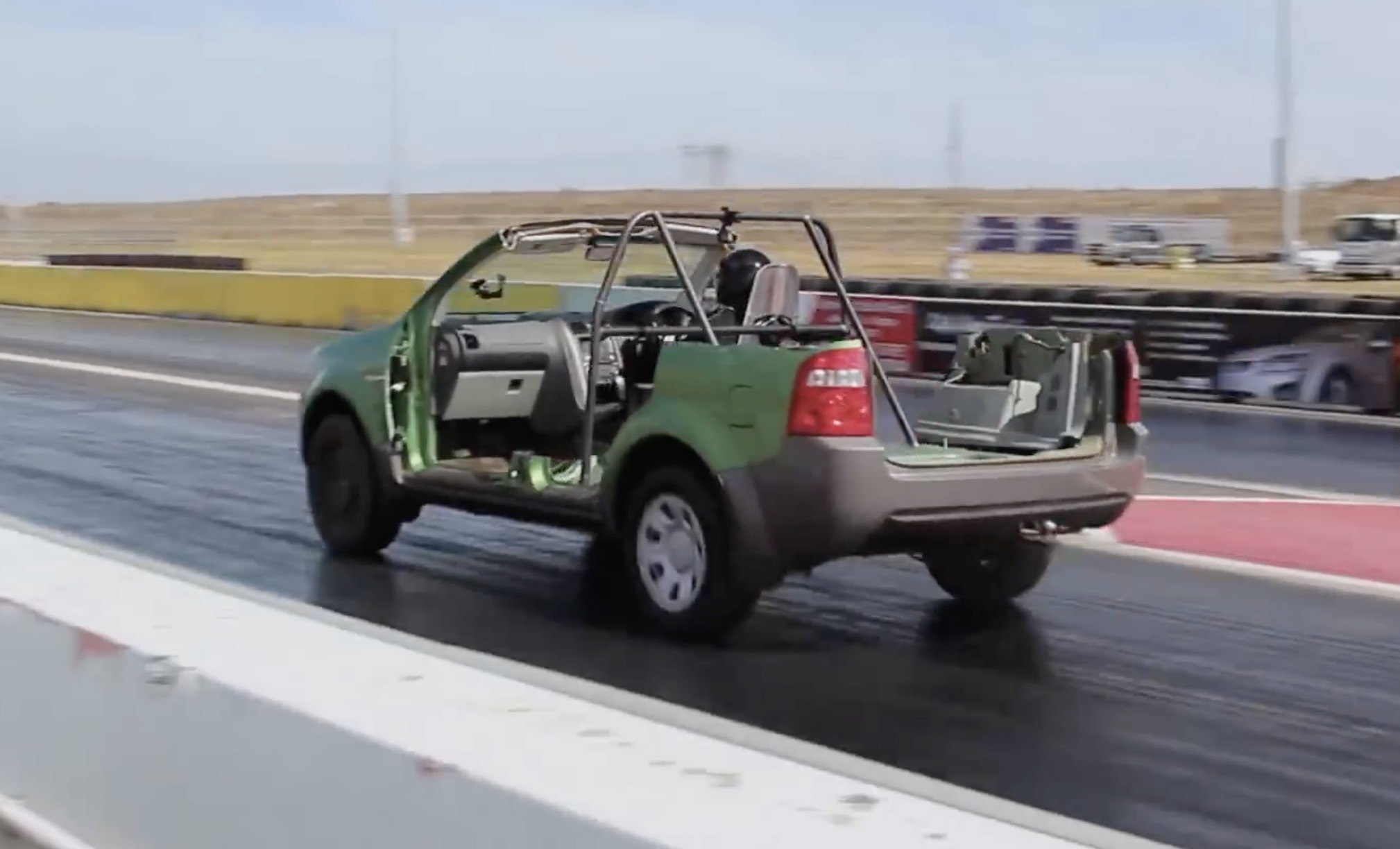 Some of the most inflammatory reactions I’ve ever seen in any kind of auto media involve what are best termed -HACK builds. Made famous by the original, the “Caddyhack” article from the February 1987 edition of Hot Rod Magazine. Caddyhack started out as a 6,071-pound 1970 Coupe de Ville got chopped up into bits and taken down to a flying weight of 2,900 pounds. That weight loss turned the 17-second Caddy into a 13-second Caddy. They revisited the concept in 1997 with the “Pontihack”, which put a 1970 Pontiac Bonneville under the knife, and then there’s the origins of what is now best known as the Vette-Kart, which saw a flooded, desert-abandonded 1985 Corvette get turned into a Thanksgiving turkey at Irwindale back in 2010. Hate mail flowed but the truth was proven: there is an alternative to adding horsepower, and that’s losing weight.

Now, do you really think a few Aussies wouldn’t try this out on their own?

That green thing ripping down the track was, at one point in time, a Ford Territory that had seen a hell of a life before winding up at an auto auction reeking of something bad enough that suits and masks were needed. Wearing a shade of green not seen since a 1975 Ford Maverick, the Territory brought two good things to party with: a Barra 4.0L inline-six, an engine that can party when done right, and all-wheel-drive, great for launching a heavy SUV at a dragstrip. You’ll see the incremental steps in weight reduction, you’ll see the timeslips creep in the right direction, and then…you’ll see a ton of fire. But we have it on good word that the Territory does, in fact, still live and that the Aussies have more in store for this…erm…beautiful creation!

Hoonigan Is Visited By A Drift-Build S13 And The Most Violent Cobra We Know. Period. Flying Bricks: Enjoy Tons Of Volvo Rally Footage From Sweden!

One thought on “SUV-Hack: The Street Machine Guys Carve Up A Ford Territory In The Name Of Less Weight. Try To Not Cry, Please.”