Hoonigan Is Visited By A Drift-Build S13 And The Most Violent Cobra We Know. Period.

Apr 03, 2018Bryan McTaggartApex Sideways, BangShift APEX, RACING & ACTION, VideosComments Off on Hoonigan Is Visited By A Drift-Build S13 And The Most Violent Cobra We Know. Period. 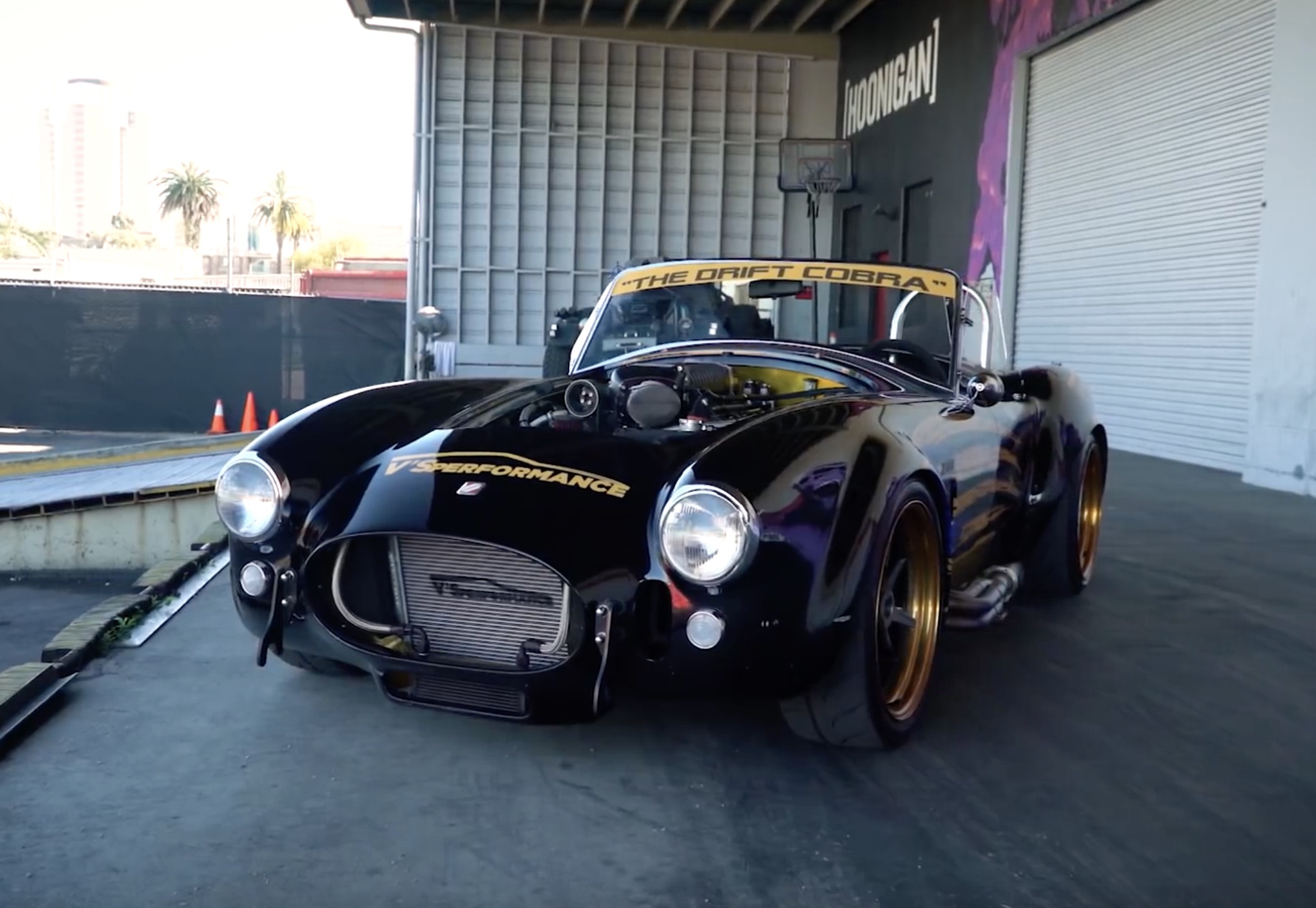 I’m going to be one-sided on a video about two different cars today. Pablo Cabrera’s Nissan S13 is a monster in it’s own right, but it’s a built pro drift car…it’s supposed to be. It’s got excellent details, including a quick-fuel port, a rear-mounted cooling system that draws air from four different ports before blowing it out of the back window, and home grown front suspension components. And I’ve got nothing against Cabrera at all. The dude can drive his ass off like nobody’s business. I know…personally.

You see, there’s a reason why the Superformance Cobra is the main picture for this video. During last year’s SEMA show, this was the Cobra that I somehow wedged my big ass into, first thing in the morning with a thumping headache. There were three of these things getting absolutely stupid in the Ford Out Front drive display, and the black-and-gold V’s Performance “Drift Cobra” was the no-question monster of the trio. The other cars were good…but this son of a bitch was bad in all of the right ways. It’s exhaust is basically a collection of bomb blasts that are sped up and slowed down. At full shriek, you can hear this thing inside of the Convention Center…and I’m not just talking about right next to the door, I mean you hear it on the floor. And with Cabrera at the wheel, he got me to drop the F-bomb on a live stream and left me laughing like a damn maniac all day long. Take a closer look at the black-and-gold beast and see what I mean. This is a car that doesn’t just drift, it torque-whips itself into spinning donuts at speed.

Shame about the gearbox, guys…bring the Drift Cobra back to Hoonigan and blast every last thing off of the walls when you do.

Day Two Beauty: This 1971 Chevrolet Corvette Is A Beauty Of An Emerald! SUV-Hack: The Street Machine Guys Carve Up A Ford Territory In The Name Of Less Weight. Try To Not Cry, Please.