Day Two Beauty: This 1971 Chevrolet Corvette Is A Beauty Of An Emerald! 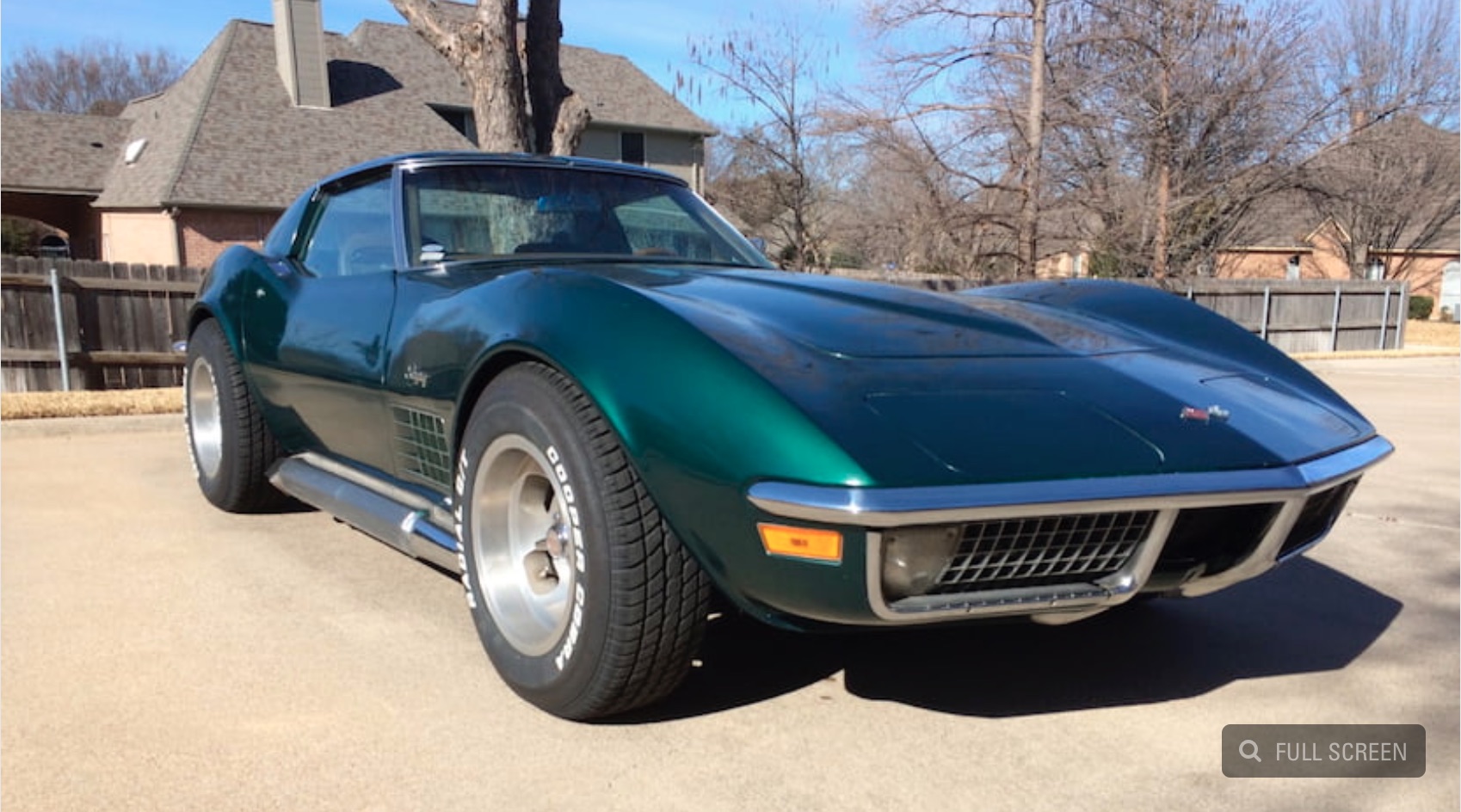 The C3 Corvette is more than the low-rated disco machine that many remember. When it debuted in 1968, they were almost an entirely different animal. With looks that came straight from the Mako Shark concept Corvette, the C3 carried on the traditions that Corvettes were known for: independent front and rear suspensions, fiberglass body, twin taillights, and plenty of Chevrolet muscle under the hood. An early C3 Corvette could be anything from a docile 350-powered machine all the way through the Motion-modified monsters that were unleashed to raise all sorts of hell in the stoplight drags, and anything in between. They were the cars of astronauts, of canyon racers, the American represenatives at LeMans. 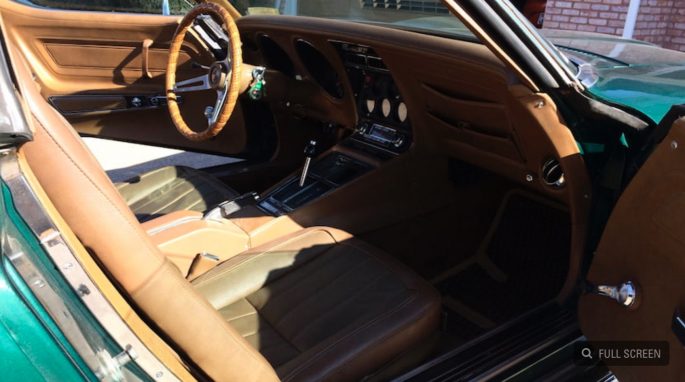 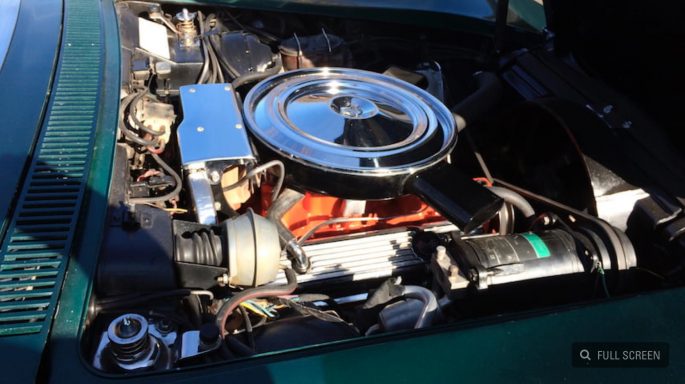 This isn’t a fire-breather. It’s not one of the ZR1, ZR2, Z07 cars and it certainly isn’t one of the potential three ZL1 cars made. This is a 270-horse, 350 cubic inch powered automatic Stingray. It’s a car that was one owner until 2016. It’s on the original title, only shows 62,000 miles on the clock, and is a great example of a well-thought-out Day Two build: mostly stock, save for a set of slot mags and raised white letter tires. Nothing more. The paint is deep, the Saddle interior inviting, and the side pipes encouraging you to go out and find a nice winding road. And when it’s parked in the company of Pro Street Boss 302s, Challenger Demons and Hemi cars, we are willing to bet that this C3 is going to fly under the radar. 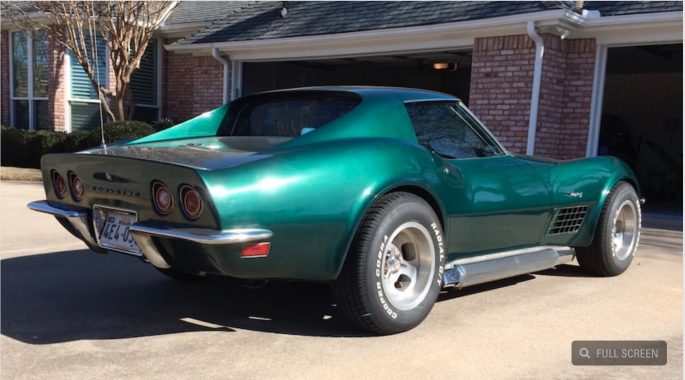 Morning Symphony: The LUV Truck. Not A LUV Truck, THE LUV Truck! Hoonigan Is Visited By A Drift-Build S13 And The Most Violent Cobra We Know. Period.

2 thoughts on “Day Two Beauty: This 1971 Chevrolet Corvette Is A Beauty Of An Emerald!”