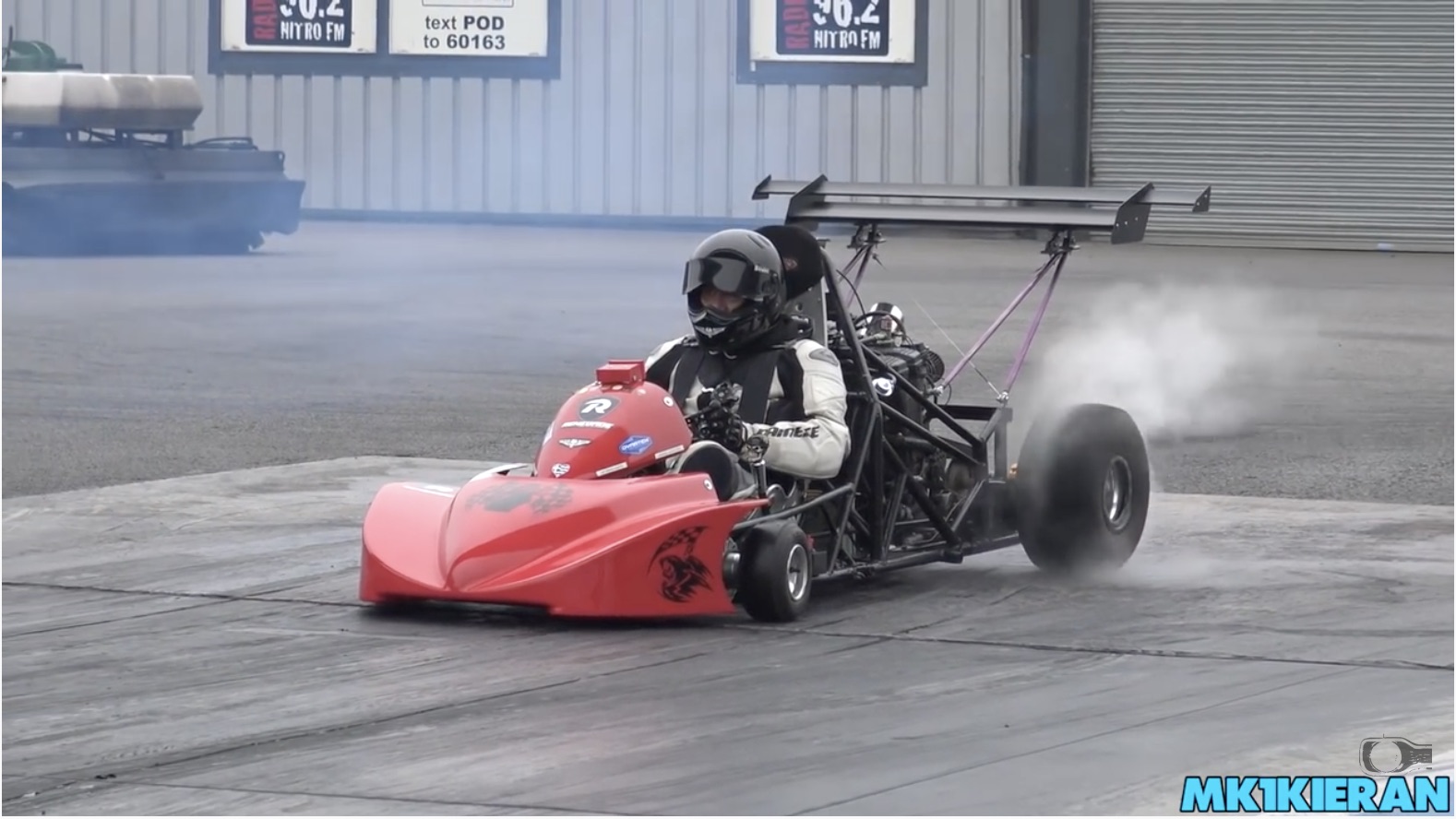 The first go-kart I ever drove might have made five horsepower from a well-worn Briggs and Stratton engine and was more than enough for a chunky little five-year-old from the eyes of an adult, but as a kid I could easily tell you that it was slower than the second coming of Christmas. Whether that had anything to do with a lawnmower engine that was threatening to expire in a cloud of blue, oily smoke or because young sir had no supervision and a fast food addiction early on in life could be debated for years, but I wanted more. I needed more power, I needed more grip. I didn’t just want to roll up to a jaunty fifteen miles per hour with an engine that made walking fart noises, I wanted to scare the hell out of myself with the speed.

Thirty-some years on, I still want to scare myself at speed, kart or otherwise. I’ve ridden some bitchin’ go karts along the way, but nothing like what you are about to see here. Apparently across the pond, common practice is to take the engine from a street bike out and slap it into a go-kart chassis to make a howling little demon that could give your average, everyday late-model muscle car something to really consider on the quarter-mile. Imagine rolling up in a Shelby GT500, thinking you’re the baddest thing on the grounds, just to get spanked by a kart that looks like the thing in front of a supermarket that kids pay a quarter to ride on? One better…imagine seeing the kart roll up and it purges the spray right within your eyesight. What then, big guy?