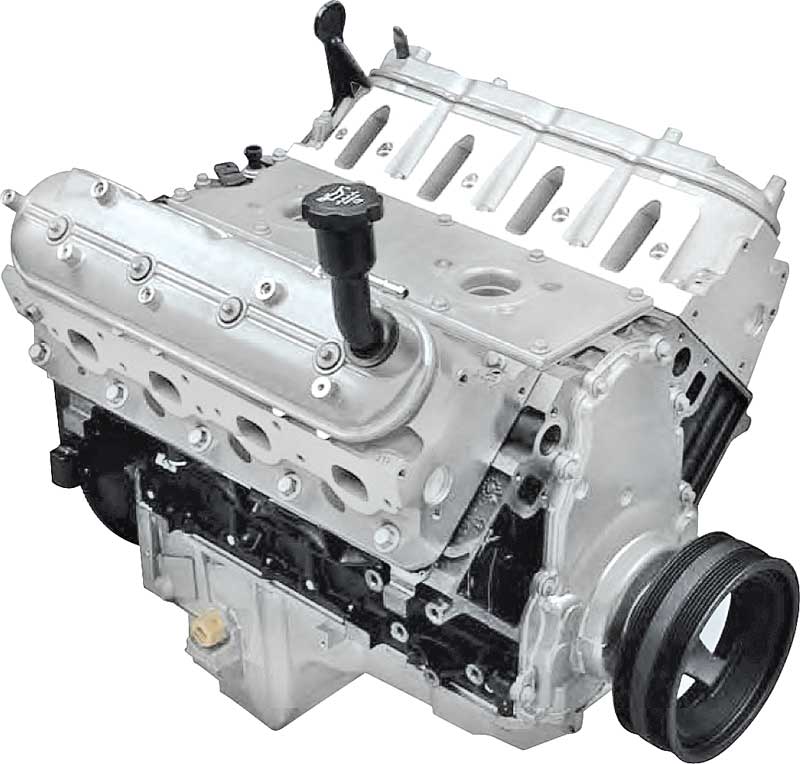 For a generation of hot rodders, this IS their small block Chevy. The 5.3L, 325ci LS engine was the bread and butter of the company’s line up for more than a decade and many, many millions were built. The engines are very capable in factory form but in the hands of creative hot rodders this engine platform revitalized an industry like no one had seen since the middle 1950s and the introduction of the original small block Chevy engine. Yes, the mighty 6.0L and 6.2L engines were bad ass. Yes, the LSAm LS7, and other variants had more sex appeal, but the 5.3L engine was and is the hot rodder’s mill.

The can be bought for less than a couple hundred bucks virtually complete from many wrecking yards, they can be run hard, blown up, and replaced for less thoughtless sums of dough. A camshaft, headers, and some tuning later and you have a 450+ hp engine to go and play with. Add boost and the numbers skyrocket.

We could say so much about this engine but the reality is that so many already know. Our solution? Here’s the generation by generation history of the 5.3L LS below. The words and data from Wikipedia. Why? Because pasting this up is as easy as an LS swap!

The Vortec 5300 LM7 (VIN code 8th digit “T”) was introduced in 1999. It has a cast iron block and aluminum heads, and can be considered the “garden variety” version of the Generation III V8s.

The Generation IV 5.3L engines share all the improvements and refinements found in other Generation IV engines. 8 versions of the Gen IV 5.3L engine were produced: 3 iron blocks (LY5, LMG, and LMF) and 5 aluminum blocks (LH6, LH8, LH9, LC9, and LS4). All versions featured Active Fuel Management except for the LH8, LH9 and LMF.

Introduced in 2010, the LMF is a lower tech version used in the lower volume half ton vehicles cargo vans with AWD that still used the 4 speed automatic, and do not use Active Fuel Management.

The Vortec 5300 LMG (VIN code “0”) is the flexible-fuel version of the LY5. Power and torque ratings for SUV and pickup truck applications are the same as each application’s LY5 rating. Variable valve timing was added for the 2010 model year.

The LH8 was introduced in 2008 as the V8 option for the Hummer H3. It was the most basic engine of its family, it did not use any special technology. Also known as the Vortec 5300, the LH8 was available in the H3 and GM mid-size pickups through 2009. 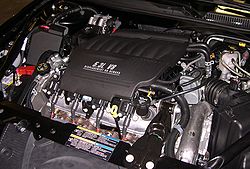 The LS4 is a 5,327 cc (5.3 L; 325.1 cu in) version of the Generation IV block. Though it has the same displacement as the Vortec 5300 LY5, it features an aluminum block instead of iron, and it uses the same cylinder head casting as the Generation III LS6 engine. The bellhousing bolt pattern differs from the rear-wheel drive blocks.

This engine is adapted for transverse front-wheel drive applications. According to GM, “The crankshaft is shortened 13–3 mm (0.51–0.12 in) at the flywheel end and 10 mm (0.39 in) at the accessory drive end – to reduce the length of the engine compared to the 6.0 L. All accessories are driven by a single serpentine belt to save space. The water pump is mounted remotely with an elongated pump manifold that connects it to the coolant passages. Revised oil pan baffles, or windage trays, are incorporated into the LS4 to ensure that the oil sump stays loaded during high-g cornering.”[14] Active Fuel Management is also used. Output of this version is 303 hp (226 kW)/300 hp on LaCrosse Super and 323 lb⋅ft (438 N⋅m).

The L82 is one of two 5.3 liter V8s available in the 4th generation Chevrolet Silverado and GMC Sierra. The L82 uses Active Fuel Management instead of the L84’s Dynamic Fuel Management system, and is only available on lower trim trucks.

The L84 is one of two 5.3 liter V8s available in the 4th generation Chevrolet Silverado and GMC Sierra. The L84 is distinguished from the L82 by the presence of the Dynamic Fuel Management System, and is either available or standard on mid- to high-level trims. 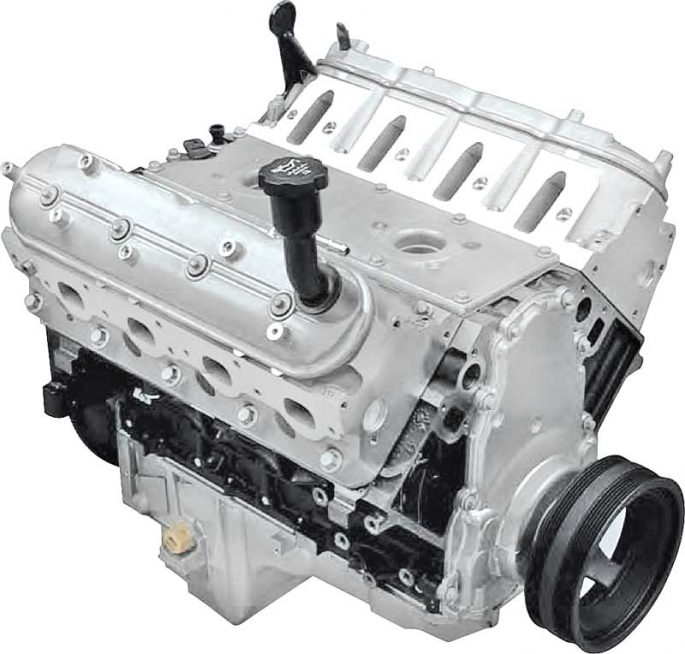 Cool Video: Travel The Same Path Air Does Through A Rolls Royce Locomotive Diesel Engine Racing In The Rain: Watch This 1958 Sadler-Chevrolet Mk3 Attack The Road Course In The Wetness