Nitro Time Machine: The End Of Eddie Hill’s Career In Top Fuel Came In Back To Back Monster Explosions – See Them Here 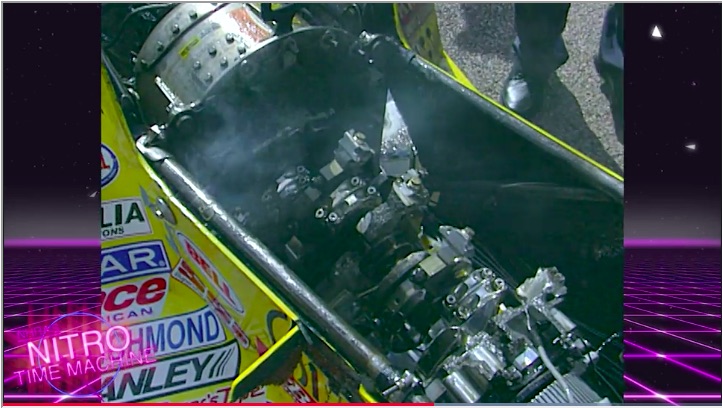 It was a very rough end to not only the 1999 season for Eddie Hill but his top fuel career which had spanned the decades. Two weeks in a row, the cast aluminum engine blocks his top fuel race motors were based around failed him in the most violent fashion nearly anyone had ever seen before or since. The resulting carnage was not just hard to look and and comprehend financially, it was physically damaging to Hill as well. These were not garden variety supercharger backfires. This were titanic and physically abusive eruptions.

The first came in Dallas, Texas and when the block failed it launched the entire engine forward out of the chassis and into the back of the cage, hammering Hill’s backside and smashing him into the belts. The second one was even worse with the block failing down track, blowing the entire, aside from the crank and whatever was left of the rods out of the chassis which then went sliding down the track in an awful lump.

This one was the last straw for Hill. His back was hurt, he was financially unwilling to shoulder the burden for rebuilding his program once again and he moved on to greener pastures. The footage here is a mix of broadcast and behind the scenes film, some of which has never been seen before. 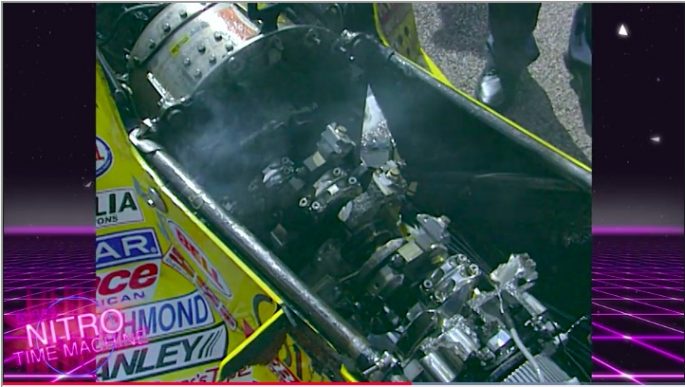 4 thoughts on “Nitro Time Machine: The End Of Eddie Hill’s Career In Top Fuel Came In Back To Back Monster Explosions – See Them Here”