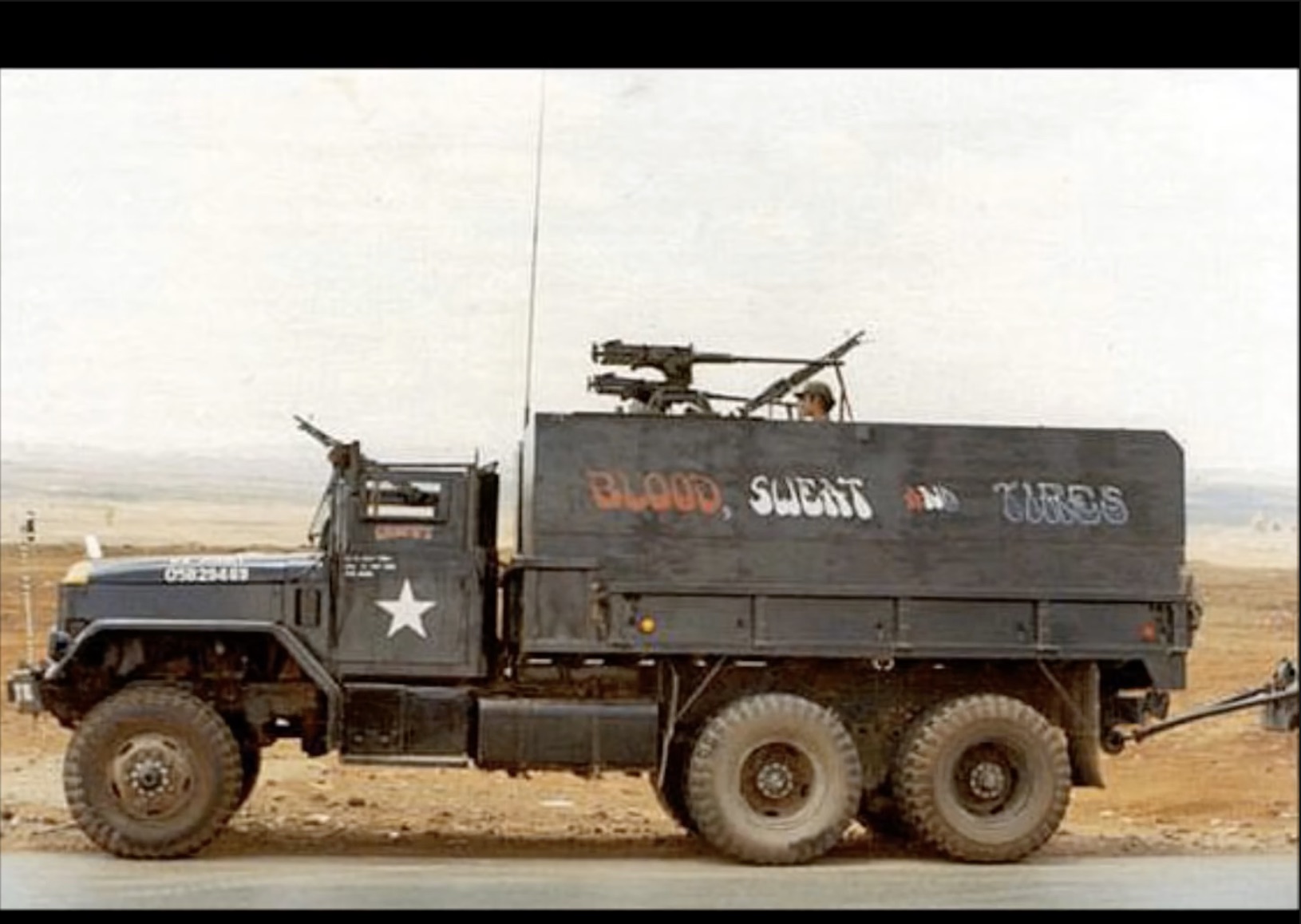 Around the time I was hopping a 767 to fly over to someplace hot and sandy, an issue was becoming a hot-button topic in the media: the lack of armor on military vehicles and the resulting casualties that were occurring. Regardless of how many times some bodybuilder-turned-politician grunted his approval, sending in basic HMMWVs and thin-wall cab LMTVs into a place filled with enough weaponry to lift itself off of the map if The Bomb was ever dropped on it was never going to end well. And it didn’t…which is why the first thing I did in Iraq besides sweat and mutter something like, “f***, it’s hot” ten times an hour was to start filling up sandbags to pack into the M1078 I ran. The thinking was that if we loaded enough bags of sand between our bodies and the outside world, the bullets and the fragments would be no worse than a thrown pebble.

It took exactly zero seconds for most of us to remember these wonderful creations: the Gun Truck. Built as a response to supply convoys that were getting lit up daily, the Gun Truck was an armored-up deuce or five-ton truck that was a mix of armor and enough weaponry to make anyone think twice. When the weak weapon is the M60 machine gun, that should be telling. We’re talking one, maybe two .50 cal machine guns, a machine gun that your great-grandpappy loved to death way back when, an absolute unit that is still loved today. We’re talking quad-mount .50s. We’re talking the minigun. Yeah, that thing, the one that sounds like a drill press crossed with sped-up footage of a string of firecrackers going off. Who would dream up stuff like this? High-school and college-aged kids who didn’t want their ass shot off and had a solution for a problem. Painted up like World War II bombers and loaded for bear, that’s the way to roll.

Get It Right: Here's The Proper Way To Measure For Custom Shocks From The Crew At Ridetech Nitro Time Machine: The End Of Eddie Hill's Career In Top Fuel Came In Back To Back Monster Explosions - See Them Here