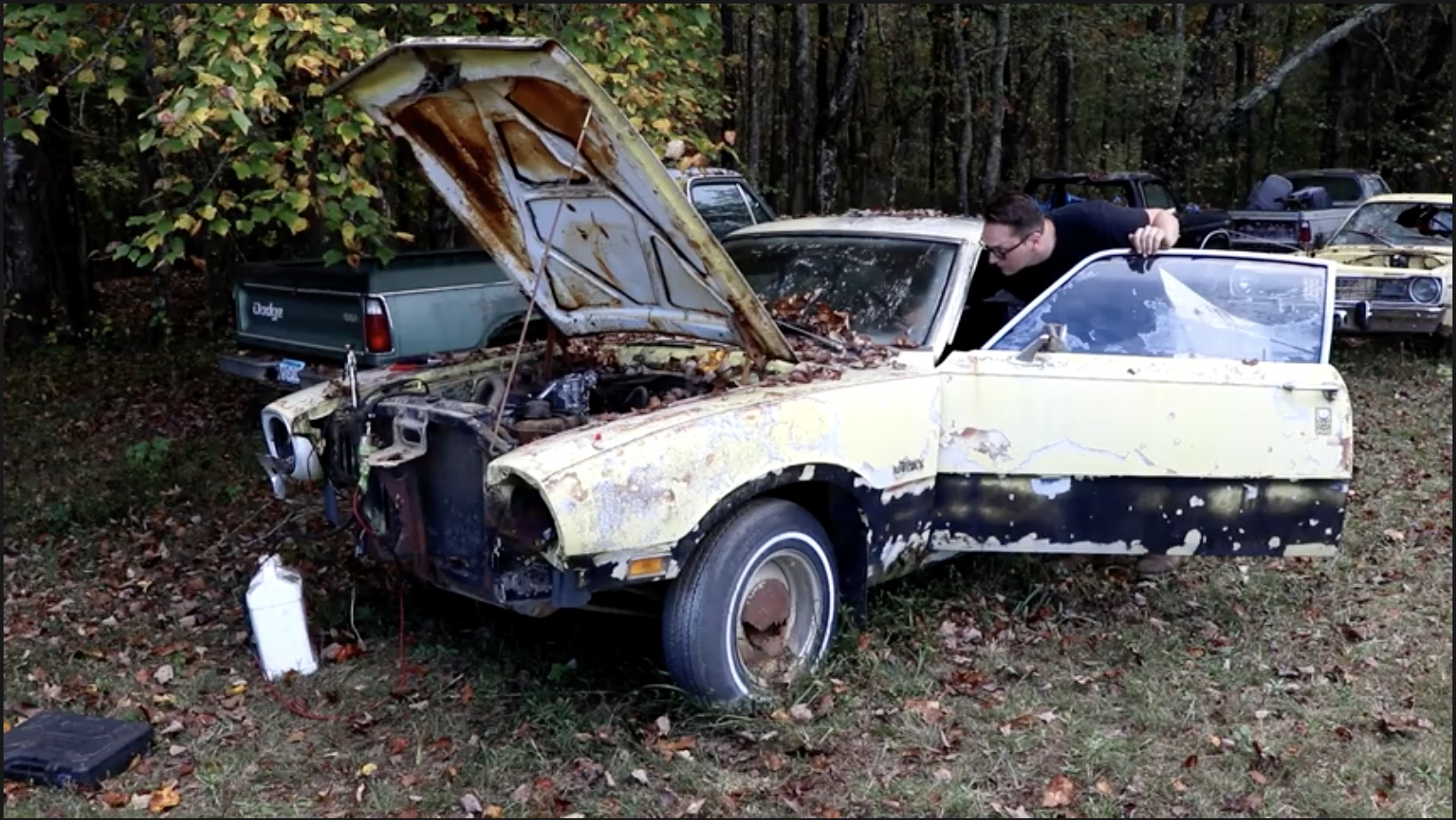 That whole thing about seeing vehicles from the past with rose-colored glasses is true. Every time I look at a Ford Maverick or Mercury Comet, I see the ’73 Comet GT I learned how to drive completely and utterly reckless in. It’s difficult for me to remember that this was supposed to be nothing more than a sporty little economy coupe, a better 1971 Mustang than the actual Mustang was that year. It was yet another rehash of the Falcon, but just like the Mustang before, it wore it’s body very well. Growing up in the mid-1980s, these were everywhere. They were starting to get thin on the ground when I was in middle school and now, they are an anomaly in most locations, the odd survivor. Which makes any remaining example great.

Stepping away from his usual trove of Mopars, Dylan McCool has recently gotten his hands on this seriously weathered 1970 example, a car that was loved by it’s original owner but was parked since 1994. His next heavy revival project, this Maverick is a run of the mill example…inline six, automatic, a basic example. Time to get started…er, get it started.

The Ferrari SF90 Roadster Is A 215 MPH, Retractable Roof Equipped, Carbon Fiber, Million Dollar Wonder Get It Right: Here's The Proper Way To Measure For Custom Shocks From The Crew At Ridetech