The NHRA Has Made A Ruling On Funny Car Headers: Here’s Why You Look Dumb If You Freak Out 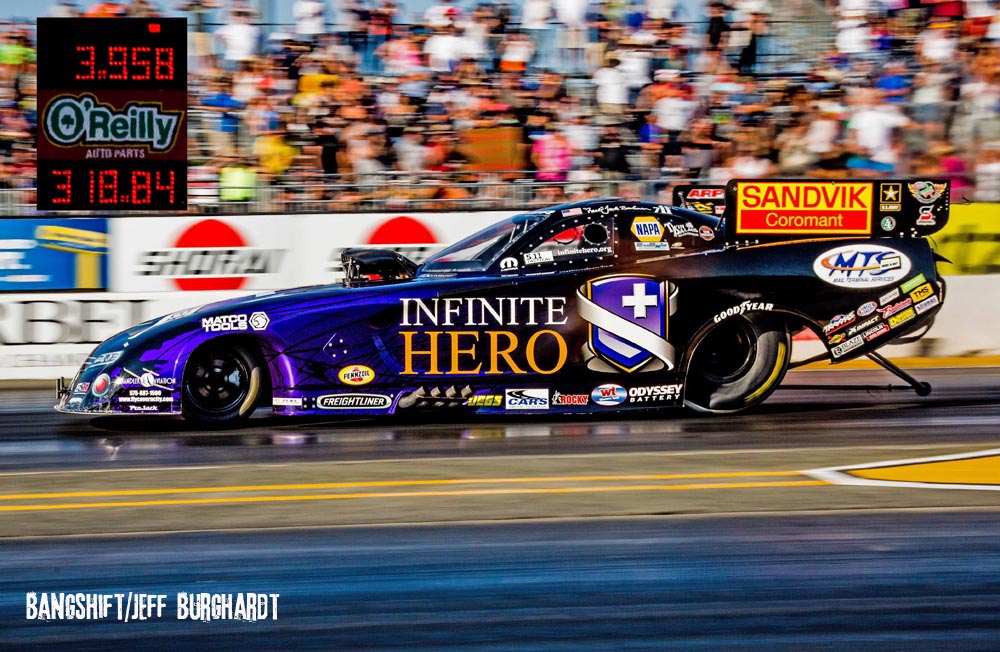 It has been announced that NHRA officials have put a cap on the angle that nitro funny car teams can lean their header pipes back. Lots of people are freaking out about this and we think it is because the situation has not exactly been clearly laid out. Here’s the deal.

It was last year when Jimmy Prock and the Infinite Hero funny car crew started making modifications to their headers along with other aspects of the car and making massive strides in funny car performance. All of a sudden records were being blown to pieces week after week and it did not take other teams long to figure out what at least one of the changes was. With some 800lbs of thrust per pipe being unleashed as the car is powering down the track, laying the headers back to take advantage of the thrust the engine produces really made a difference. So in the true spirit of drag racing, if a little is good, more must be better.

From that point forward the headers have been leaning more and more to the point where physically there really isn’t anywhere left to go. See, when the headers get leaned back they also have to be moved in towards the body. This has resulted in a fun new trend in funny car which is the header burn replacement decal. Teams now stock cutouts of their wraps that can cover the spots where said wraps are being burned off the body. It is a new cost of doing business.

THE NHRA DID NOT STAND THE HEADERS BACK UP. What they did was tell teams that they cannot go further back from where they are. This is actually the best possible scenario in this case because there WERE TEAMS LOBBYING to get the headers put back to where they were before. Drivers, real funny car drivers, like Ron Capps were furious at the thought of this. The cars have become exponentially more difficult to drive and he’s loving it. He along with all of the other guys and girls who truly enjoy the challenge of wrestling these cars down the track at 300mph. Not everyone does. Funny cars are no longer the “slot cars” that they were for many years.

When cars lose a hole with the headers in their current state, they become a real handful. You have and will continue to see the results of this in the coming days, weeks, months, etc. Tough stuff.

Now, what about the old angle headers? Believe it or not, most teams are now stocking multiple sets of angle headers in their trailer and will use different headers for different track/race conditions. Yes, the headers themselves are now another tuning element of the cars. Is the track awesome and the air good? Bolt on the rocket boosters, grandma we’re going for ice cream! Is the track a 140-degree grease pit with swap ass air? You need the help the more vertical pipes give you to push the car into the ground.

So….before you go mental and freak out that the big, bad NHRA has once again sucked the soul out of drag racing and wrecked everything, understand that they did not. Even the guys who have been laying these things way, way back are happy about this decision. One prominent crew chief told me point blank in Chicago, “They have to do something because we’ll keep going until they tell us to stop.”

Well boys, stop. The 32-degree angle is as far as the rules makers are going to allow the pipes to go back.

(Full disclosure: I am an announcer for NHRA. They had no input in this story.) 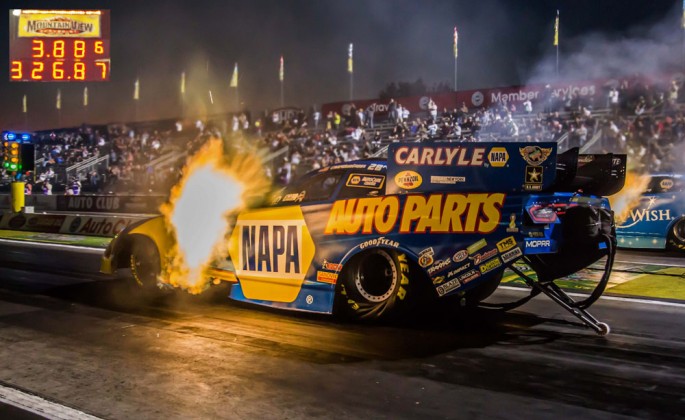 14 thoughts on “The NHRA Has Made A Ruling On Funny Car Headers: Here’s Why You Look Dumb If You Freak Out”