The Parting Shift: In the Office of a Mountain Motor Pro Stock 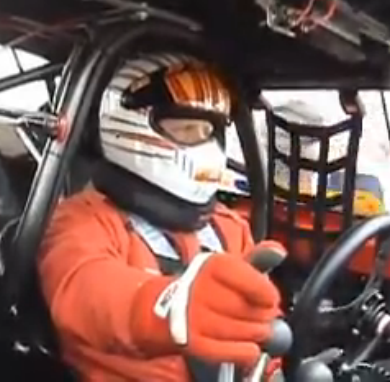 Tony Gillig was a stand out Pro Stock runner with the IHRA for several seasons. He stepped away from the sport a little while back, but we still have this awesome video of him launching, driving, and shifting his 820ci monster mill down the strip. The mountain motor cars are returning to the IHRA fold this year after being out and about on their own for several seasons. That’s great news for fans as these six second stompers are some of the most entertaining machines in all of drag racing. The huge horsepower and torque made by these naturally aspirated wonders propel them deep into the six second range quarter mile and pro stock racers who have competed on “both” sides of the HRA fence have said that the cars pull very hard all the way to the finish line!

This video seems to back up their claims. Keep an eye on the steering wheel, Gillig is really driving the hell out of this car!

PRESS PLAY BELOW TO SEE TONY GILLIG GET AFTER IT IN A MOUNTAIN MOTOR PRO STOCK!
Video: Insane High Speed Rally Action From Finland - Modern Day Driver In Old Car = EPIC! Video: 1980s Can Am Action From Laguna Seca Featuring Rahal and Sullivan

3 thoughts on “The Parting Shift: In the Office of a Mountain Motor Pro Stock”