You KNOW You Want It: The Rubber Tired Rickshaw Is For Sale – Former Hot Rod Magazine Feature Car, Wacky As Hell 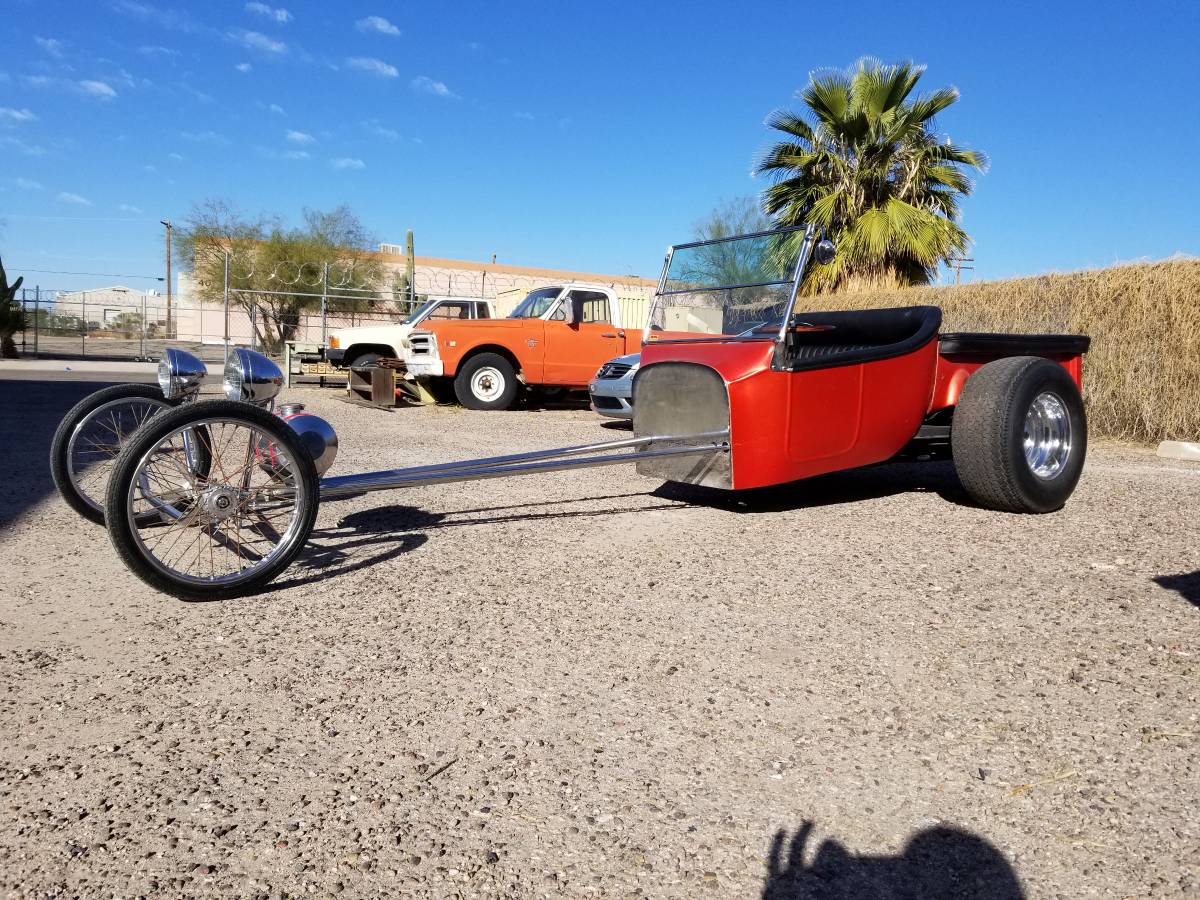 Before you say what I know you are going to say…you’re wrong. This thing does run and drive, I have seen it with my own eyes. See, I happened to be there the night that my pal Alan Reinhart bought this thing out of the car collection of a prominent drag racer. He didn’t just buy it, he was like a kid who saw the coolest toy that there ever was and instantly pounced on it. Yes, it is strange, yes it is different, and YES it is totally freaking cool.

See the little Moon tank up front? Yeah that is filled with lead shot to keep the nose on the ground. To say that this thing isn’t the most front heavy hot rod ever built would be an understatement. The power plant for the rig is a Corvair engine located below the tonneau cover which seals off the “bed” and completes the look. The driver/passenger area is full-on t-bucket for room and seating position. Hell, Alan’s about seven feet tall and he can fit in it.

He’s had this thing for a few years now and I know he is hustling on some other projects. Time for someone else to pop some wheelies! This thing really is a fun machine.

In need of a ridiculous car for weekend (short) cruises? Or to start a conversation anywhere? THIS IS IT!

The Rubber Tired Rickshaw.
That’s what Hot Rod magazine called it in the October 1970 issue.
Built by Dick “Digger” Berg Late 60’s to resemble a Dragster of the day.
Corvair flat 6 with a power glide. Really attracts attention everywhere it goes. I have won something everytime I’ve taken it to a local car show, as there really is nothing else like it. Often does wheelies whether you want it to or not.
It runs and drives, but you wouldn’t want to take it across country, Perfect Christmas car as I’ve been told it kinda resembles Santa’s Sleigh.

It really is a fun car, but I need the room and it’s time for someone else to enjoy this “beauty”……

Clean AZ title, I’ll even throw in the license plate.
If the ad is still up it’s still available.
Make offer, worst I can say is no.
52O 9O7554O talk or text 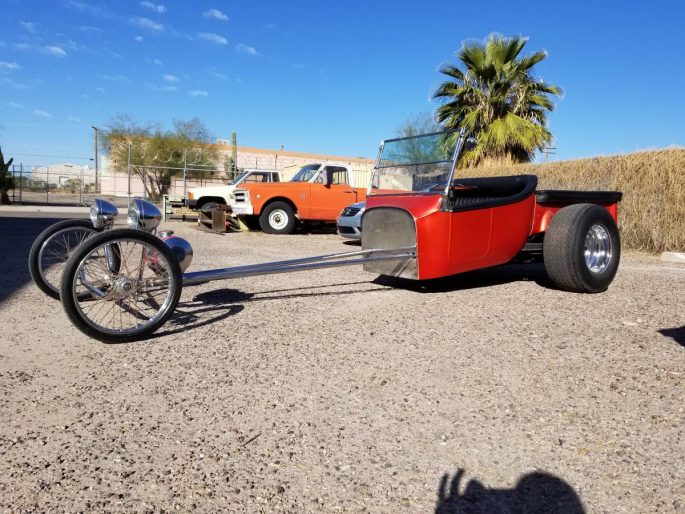 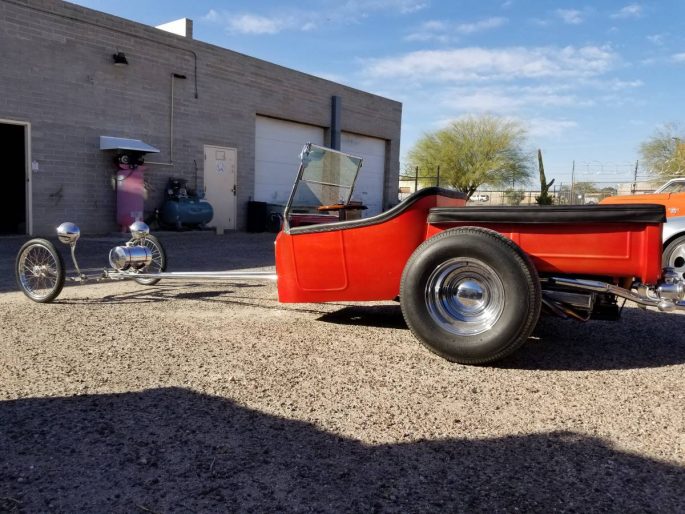 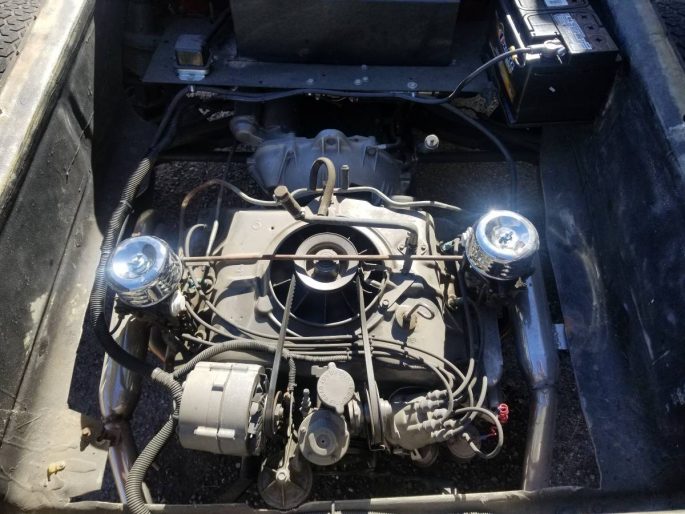 4 thoughts on “You KNOW You Want It: The Rubber Tired Rickshaw Is For Sale – Former Hot Rod Magazine Feature Car, Wacky As Hell”