The “WTF?” Files: What Happens When You Make Your Own Homegrown Electric Turbochargers 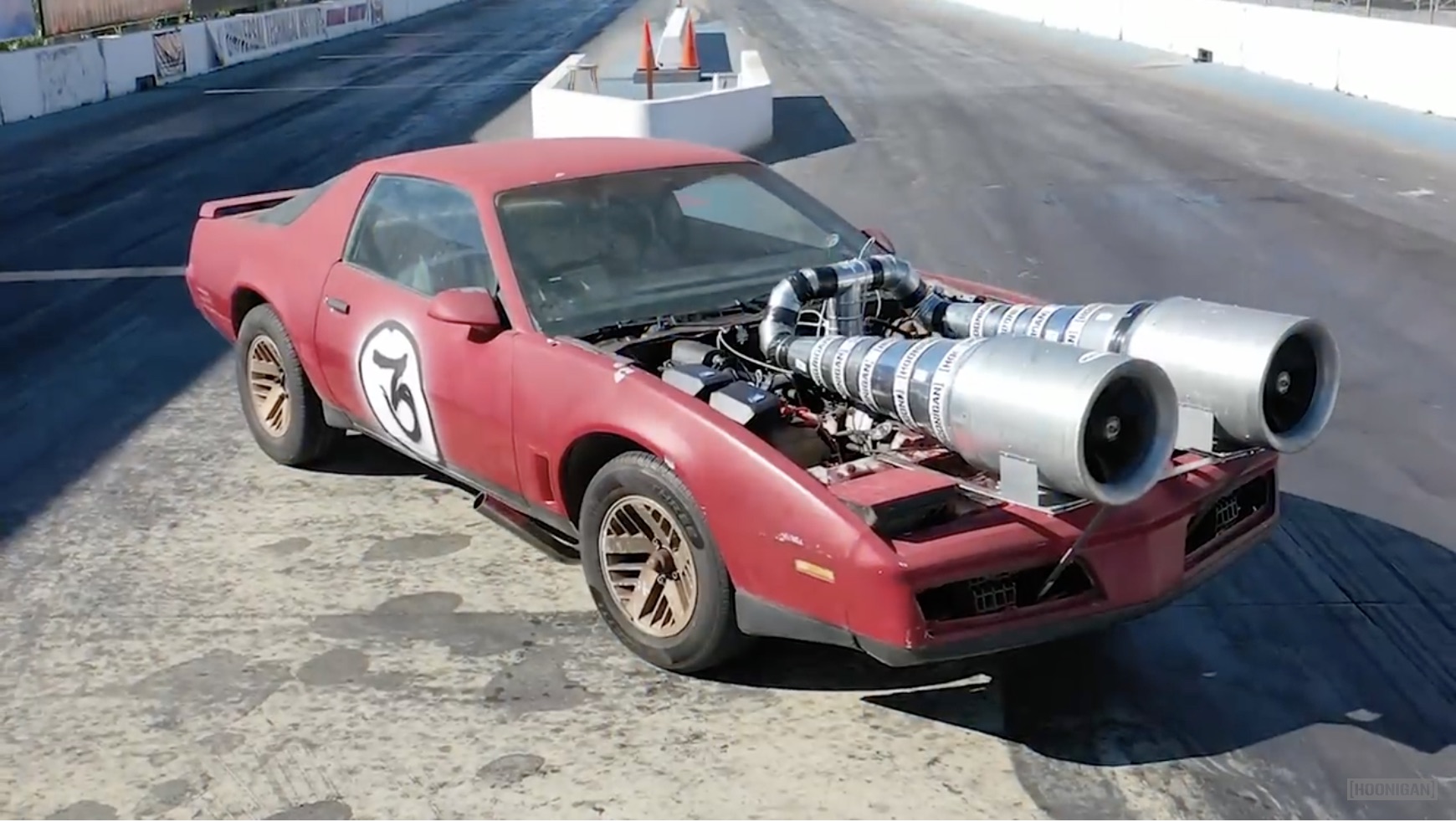 To be a fly on the wall in the meeting that resulted in what you see here…oh, that would’ve been some cheap entertainment. The basis for the plan is simple: one pretty much dead-on-arrival 1984 Pontiac Firebird with nearly no brakes, a trip to the local hardware store, two industrial-sized fans, a portable dyno and a dragstrip. What wasn’t included in the meeting, we bet, was how to make a Firechicken look like someone had stolen two of the turbines off of the Caspian Sea Monster ekranoplan and managed to feed the thrust down into a very unwilling 305 small-block. We’re beyond Monster Garage here…this looks like some Inspector Gadget kind of device, if Gadget lived in an RV somewhere in Nevada where he had access to an aircraft boneyard.

So, besides testing the tensile strength of just about everything within the walls of the Malaise-y small-block, what’s the program about here? It’s to see if you are able to actually make some kind of impact with a home-grown turbocharger/supercharger setup. Those two fans do make thrust and when that thrust is vectored into the engine, theoretically there should be a power increase. The question is: how much improvement can you make on a 305 that is cranking out maaaybe 80 horsepower if the weather is right? Did anybody remember to do something about the brakes? And why, of all things holy, did everyone not think to slap “Ram Air” stickers on the sides of the Firebird’s two new oversized nostrils?

5 thoughts on “The “WTF?” Files: What Happens When You Make Your Own Homegrown Electric Turbochargers”