This Hupmobile Hot Rod Has Hemi Power, A Four Speed, And A Huffer – A Cool Oddball 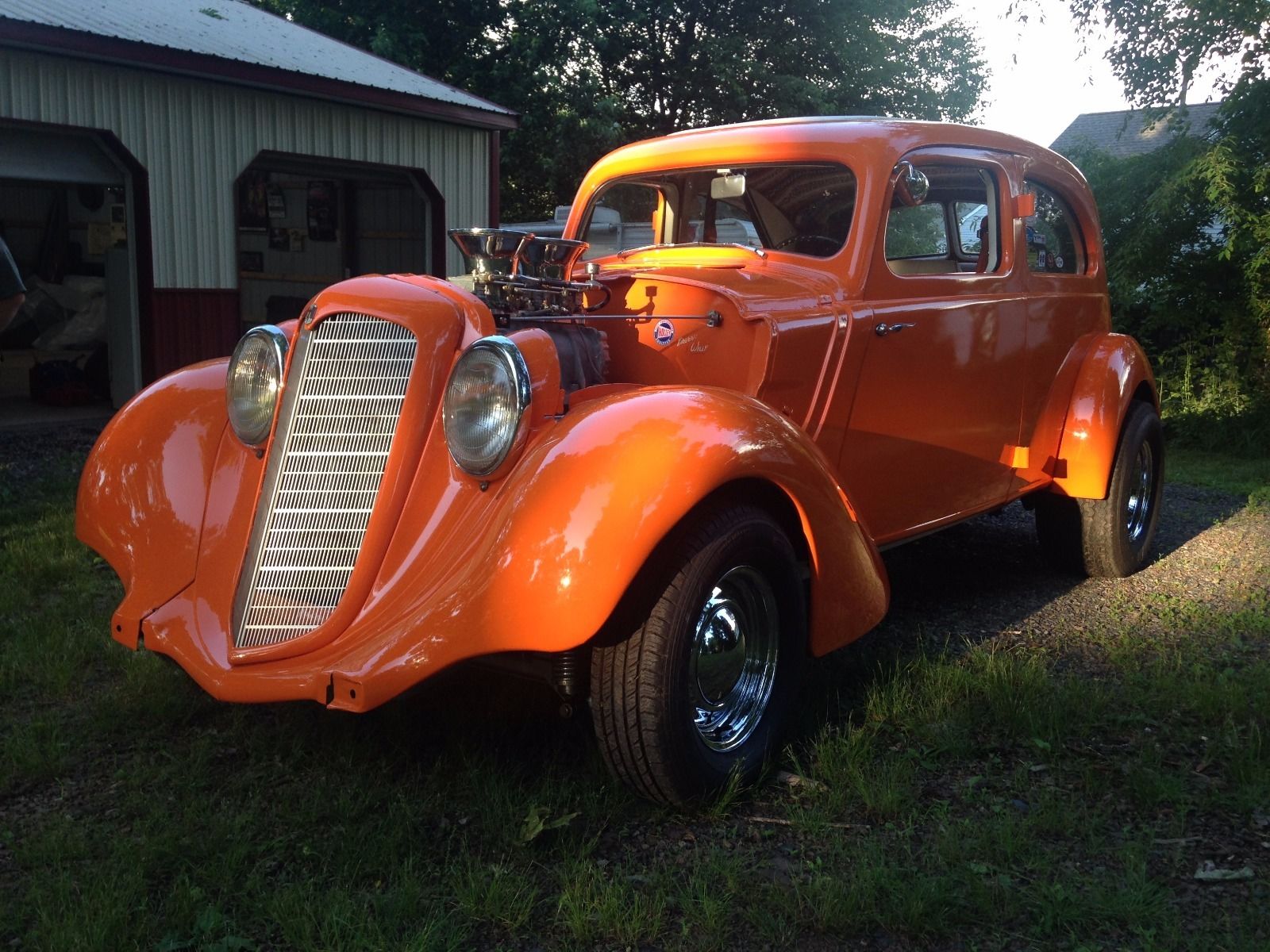 This round ball of orange caught our eye the other day when trolling eBay because it is an interesting shape and because it it has a blown baby hemi in it…and a four speed…and a Dana 60. Seriously, this is a great formula. A cool body wrapping all of those great driveline components is a formula for win in the great big book of BangShift, right? The other thing that struck us is that you rarely even see Hupmobiles around let alone ones that have been hot rodded.

If you are unfamiliar with the Hupmobile company, they were a car company that existed from 1909 to (technically) 1940. They had solid growth and success through the teens and into the 1920s but as the 1920s wore on the company decided to go “up market” and in doing that got themselves into a bad spot with producing a plethora of models and stretching their resources thin. The depression came along and things went from bad to really crummy for Hupmobile. By the time the body you see above was produced, the company was hitting the skids very hard and was on a backslide that they would never be able to stop. So there’s your history lesson.

Back to the hot rod in question. We’re digging this thing and while we think that there’s a couple of ways to make it cooler we would have no problem driving it as it is. If we could make one change to start with it would be to take a couple of inches out of the nose height of the car and give ‘er a little more rake.

The engine, transmission, and axle cannot be more perfect. The little supercharged 331ci Hemi must make all the right noises, have enough power to make this thing bark the tires and rip down the road and keep people staring at the car shows. The manual transmission is an obvious win for all the reasons you already get and the Dana 60 with coil overs is just cool because frankly it is overkill for this car. We enjoy overkill.

What do you think? Cool or what?

Check out the photos and then hit the link to see the full ad for this Hupmobile! 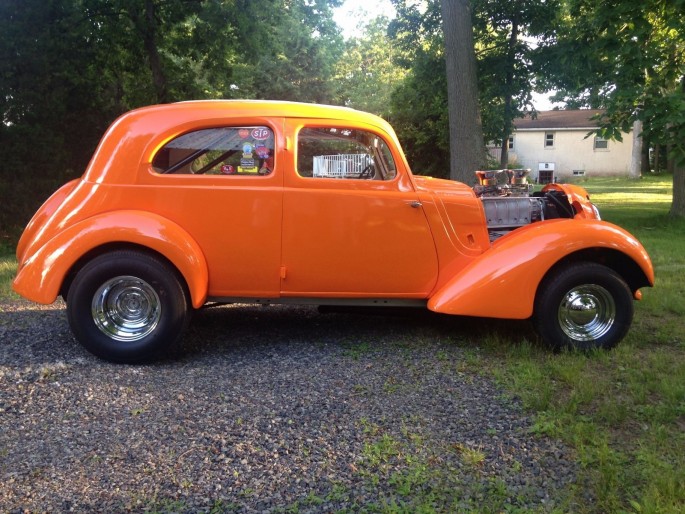 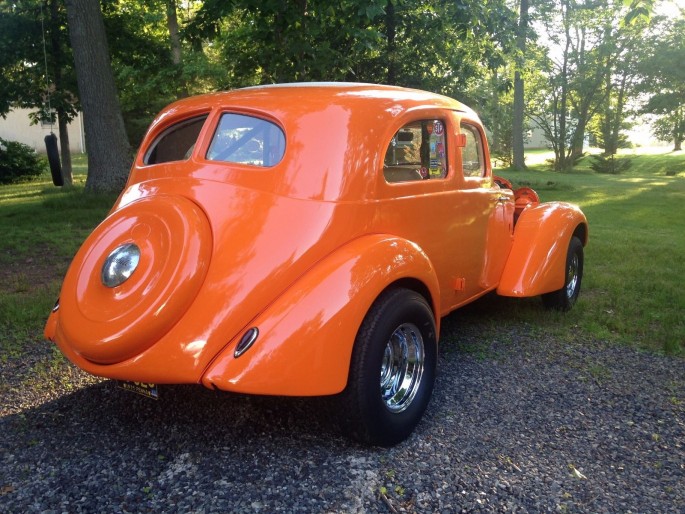 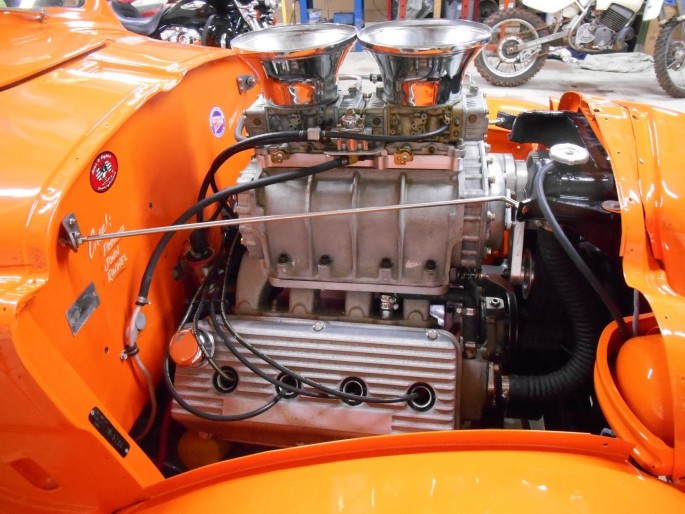 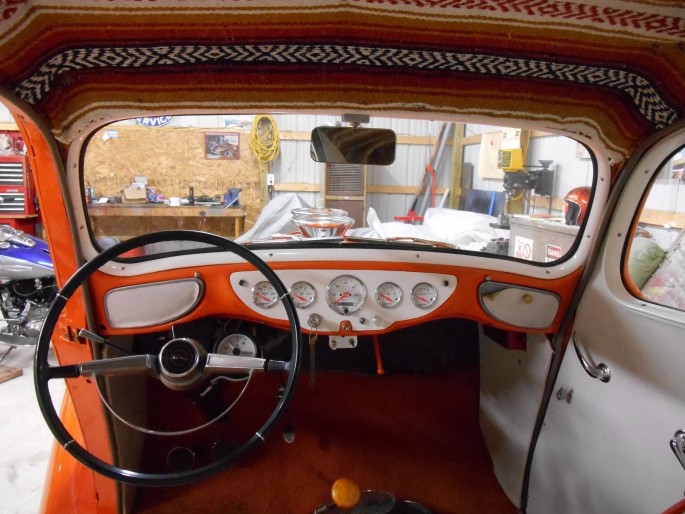 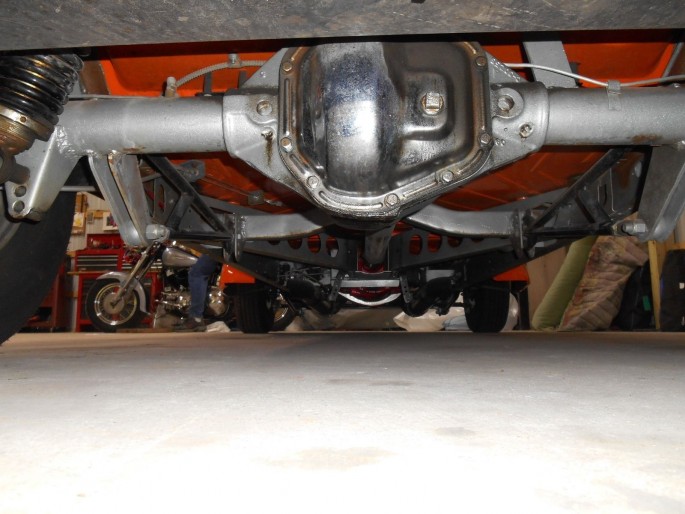 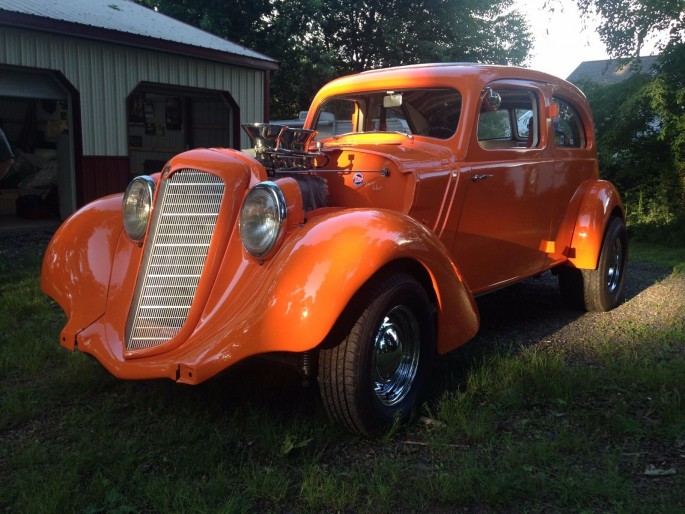 5 thoughts on “This Hupmobile Hot Rod Has Hemi Power, A Four Speed, And A Huffer – A Cool Oddball”