Brutally Cool: This Classic Toyota Corolla Is Packing A Turbocharged Nissan RB Engine And It Is Awesome 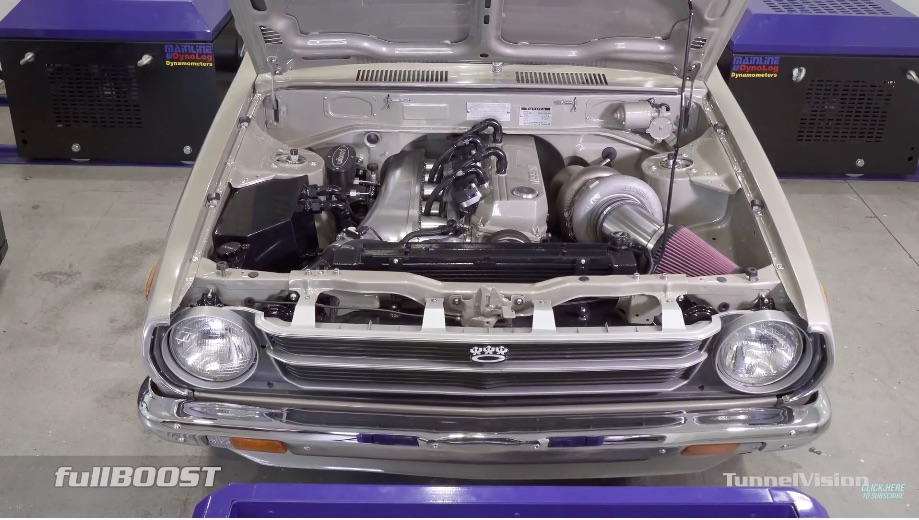 There’s always something cool when you find out a car is built by a young guy. Such is the case with this beastly Toyota Corolla in Australia. The car was a four year project for its owner and the thing is absolutely awesome in every way. The stock style paint job and color, the fit and finish of the body, the engine compartment, and the fact that it makes 850hp to the wheels all make this a really neat car.

The other thing that we love is the engine choice. This is a single overhead cam Nissan RB inline six! No, he did not put a 2JZ in it or some other Toyota engine. He said he liked the way that the RB engines sounded and off he went. Most times we see the dual overhead camshaft RBs swapped into stuff but we’re guessing the SOHC version is cheaper and with a single turbo on it, the engine is likely outputting 1,000hp at the flywheel so who really cares about the number of cams, right?

Check out the ultra-clean car below and watch it make repeated and angry rips on a hub dyno as the engine gets tuned. Te next video we hope to see on this car is the thing hauling ass down the drag strip. This little monster is going to be an E-ticket ride!

Press play below to see this vintage Corolla roar out 850hp on the dyno!