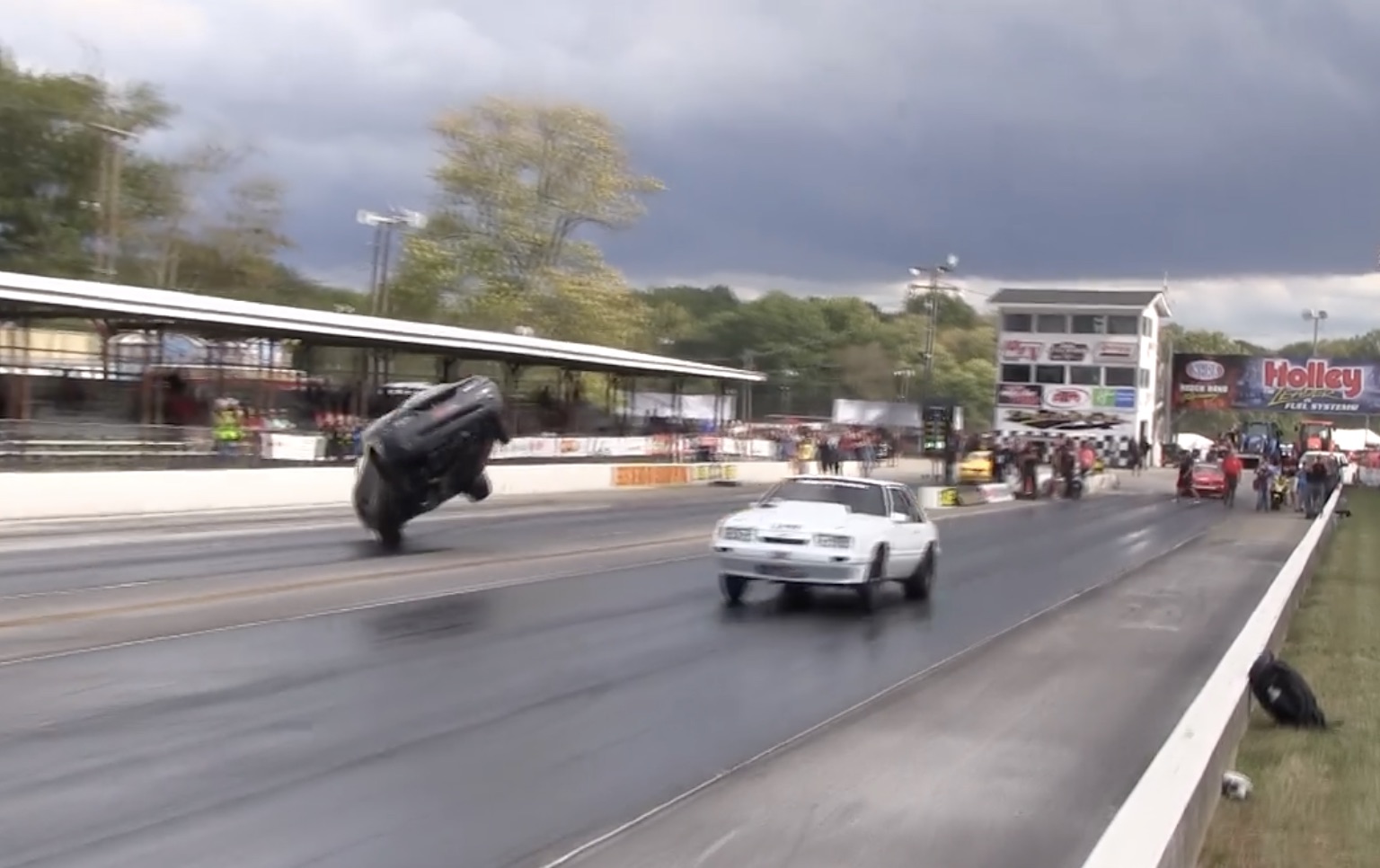 The first time I shot photos for BangShift in an actual photographer role, Lohnes gave me a piece of advice that frankly, I should have heeded this weekend: “Wait until it’s actually over before you move on.” He referred to a run where I missed some upper-end action, but for Ford Fest, it meant that I missed out on one of the wildest crashes that Beech Bend has seen in a minute. All weekend long the action had been fairly straightforward and tidy…so long as you don’t count anything that involved a 6-foot-seven blonde dude from Florida and a fleet of Crown Victorias, anyways. Early in the afternoon on Sunday, I left early. I’m trying to get stuff done at home and with fall moving into Kentucky swiftly, that clock is running down. Add to it, it looked like rain was finally going to happen and I did not want to be around for that.

What I missed was Kevin McMullin’s absolutely wild wreck during Coyote Stock eliminations. The action will speak for itself (and for cameraman Denny Pett’s intestinal fortitude, since he didn’t as much as flinch). Where McMullin and the wall had their initial meeting is about the far end of Cameraman Row, so trust me when I say that more than a few folks were hauling ass towards the fence that separates the track from the seats. And kudos to McMullin, as well…after a stunt like this, he just got out, slapped the power off and acted like it was another day at work. Seeing it in person might have been cool…but I think I after Boyd Howe’s ’55 Chevy tried to chomp down on me last year at the Tri-Five Nats, that I’m probably better off for splitting early!

Oh, Look...A Bird: Brian Ambrosini's Vertical Shot At The Byron Wheelstanding Competition Opala VS Maverick - Watch These Brazilian Flyers Rip Down The Track From Every Angle, Even Inside!