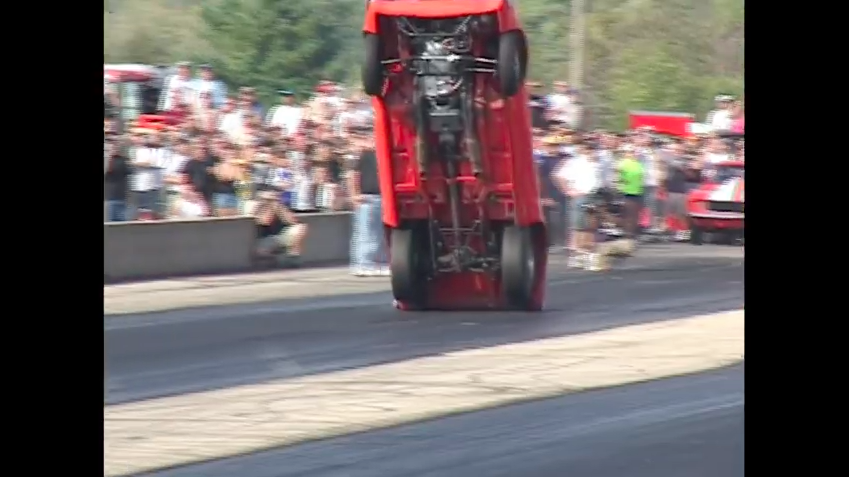 Wheel stands at the drag strip come in many, many shapes and sizes. There are the stock eliminator pop up wheelies where the cars running a ton of gear in them climb almost instantly and land about as quick. There’s the super stock wheelie which when perfected is graceful and cool with the nose losing and rising them eventually setting down in pavement. There are the dead hook power wheelies where a car that is meant to build some wheel sped sticks to the track and just climbs towards the sun for hundreds of feet down the track.

This video concentrates on the stuff along that line. There are no weak sister wheelies in this video. In fact, some of the most violent and crazy wheelies we have ever seen. Note that much of the footage  comes from the Byron Dragway World Power Wheelstanding championships. Not all of it is stuff that you have seen before. Some of the early Byron stuff is hilarious to watch because a big as the event is now, it started like everything else a small hardcore group of fans kept the hope alive and year after year the crowds grew. Why did it grow? Because it is pure entertainment!

To The Maxx: Our 572 Big Block Chevrolet Makes 850 On The Motor With ProMaxx 340 Heads American Powertrain Introduces Reverse Lock Out Control Module For Magnum or T56 6-Speed Transmissions