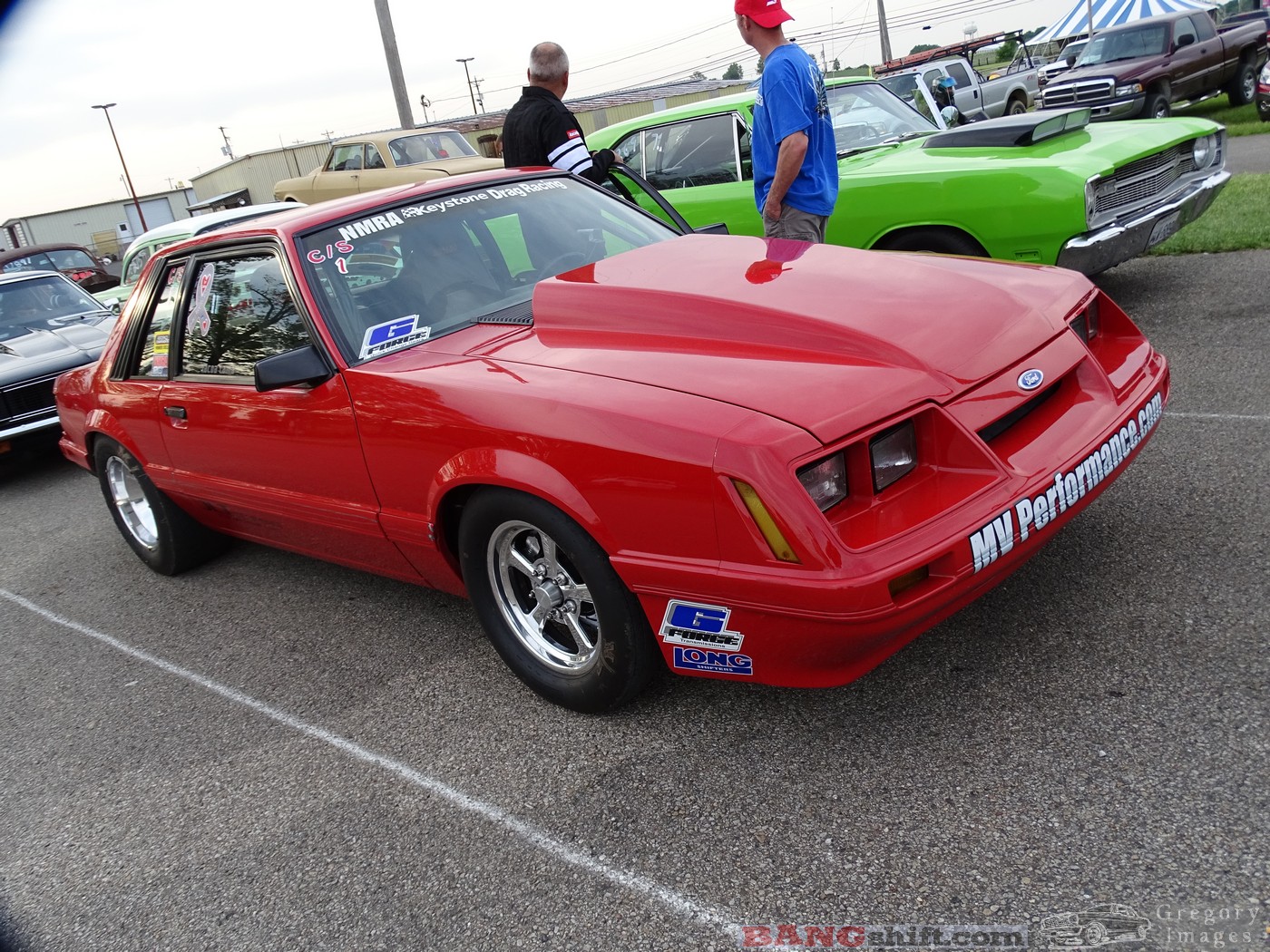 (Photos and words by Doug Gregory) – In the Midwest US-60 is known for many things and some of that is its support for grudge racing, small tire racing, and even no-prep events.  Lots of organizations have had US-60 on their schedule of events which normally pack the facility full of fans and competitors.  When those events aren’t happening it’s quite common to see some of the competitors testing at the track during or after other events.  The Nostalgia Nationals are not the only event to take place during this day.  Once the nostalgia stuff is done then it’s open to regular brackets.  There’s also another semi-official race that takes place later in the evening.  If the weather holds these folks will keep this up till the wee hours of the morning.

In this gallery we have some bracket cars and others doing their thing.  Kyle Lucas was testing his twin-turbo Mustang and seemed to be hooking up pretty well.  Lots of nitrous was employed in many rides which seemed to never open their hoods.  Even the white Charger was expending some chemical enhancement.  The red fox-body notch was the show stopper for us and many others, though we didn’t know anything about it at first.  This is one of the top competitors in the crate coyote stick class and man did it sound sweet banging through the gears.  We found out some weeks later he’d won his class up at National Trails.  It’s a ten second car with a sealed, stock engine.  We heard what rpm it was turning and I can’t remember the number now, but it was screaming.  We’ve not made the trek to one of US-60’s events so see a grudge or small tire event so we might have to look into that for 2019.  That is as long as it’s not a no-prep event.  I’m still not on that bandwagon and likely never will be.

Contrasting with the previous article, this is one of the smallest galleries I’ve put together other than a car feature.  Watch out….I’ve gone all crazy with the size of my photo pools.

Stay tuned because next up should be coverage of the Straight-Axle Mafia.