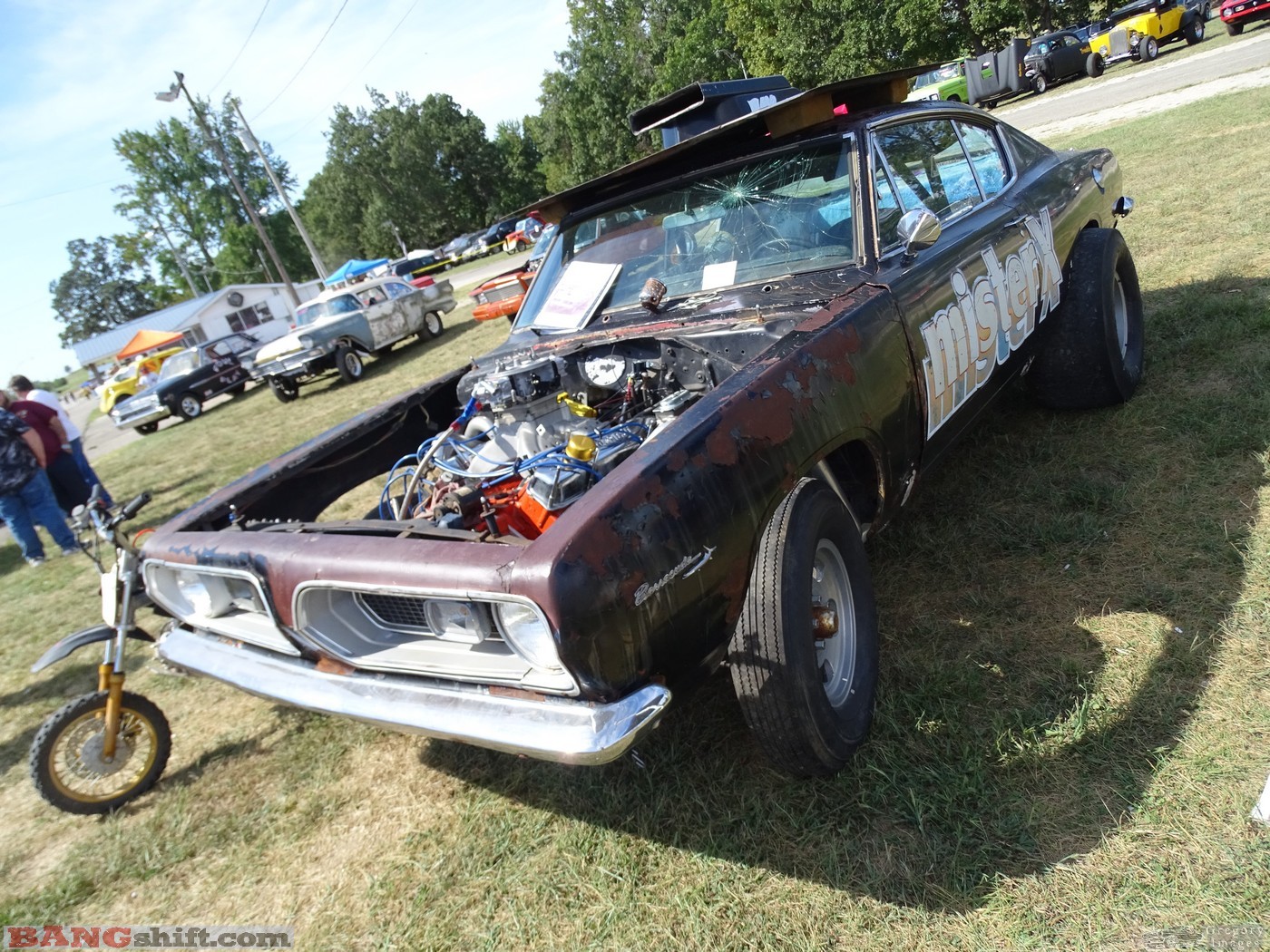 (Words and photos by Doug Gregory) – The Straight-Axle Mafia and US60 Dragway put on a couple big nostalgia events in Hardinsburg, KY every year.  We didn’t make it to the one in May so I made the trek alone for the September occurrence.

This gallery is of the car show and pit area (mostly non-competition cars).  A benefit of participating in this show is that you can take some laps down the track which many of them did though most did so gingerly.  The show isn’t large, but there’s plenty to gawk at between rounds of racing.

Proof that you can learn something new every day.  The green ’70 sports roof Mustang is a real Boss 302 survivor that was raced by its original owners.  I had to ask about it not having a spoiler or hood scoop which is when I got to pick up some new knowledge.  Turns out things I thought were standard on a Boss 302 were really add-on options and not part of the base package.  If you wanted a racer then folks would often skip this stuff to keep the weight down as they’d most-likely remove it when it came time to turn a wheel anyway.    This one is ‘missing’ the window louvers, rear spoiler, console, and shaker hood.  It does have 4.30s and an oil cooler which are more desirable if you plan to run laps.  The car isn’t perfect, but is.  Being unrestored and running like a sewing machine makes the cool-factor for this strong.  The ’70 is the best-looking Mustang ever built so it has that going for it as well.

One thought on “US60 Dragway Photo Coverage: Car Show Images From The Straight Axle Mafia Drags!”