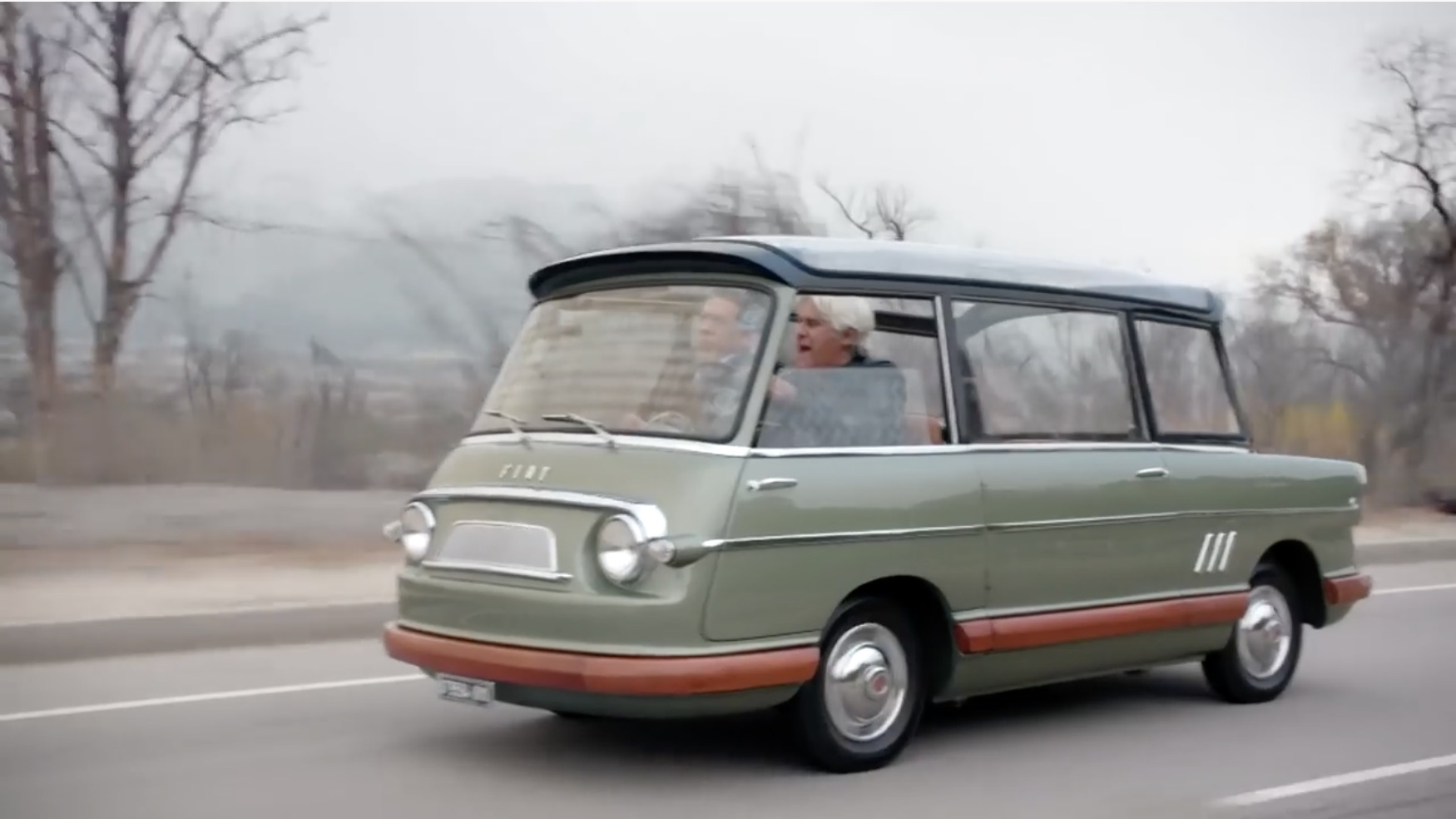 Let’s get down to the business of just how rare the vehicles you will see in this video are…Five were built and you are looking at the two remaining examples left in the world. They are funky, to put it mildly. They are undoubtedly Italian, with strong style and questionable mechanicals, and they were intended for hauling exceptionally important people around the Fiat factory. Built at the behest of the Giovanni Agnelli, the 1958 Fiat 600 Multipla Mirafiori was stylistically updated version of what we’d today consider a minivan. It was fully meant to be a people-mover, with up to six passangers being able to fit inside. The thing about the 600 Multipla itself (the original vehicle that the Mirafiori was based upon) was that it was effectively a taxi. A rear-engine, rear-drive machine, the Multipla was only about twenty inches longer than a Mini Cooper. That’s a tidy package to cram six bodies into.

And that’s just the start of the interesting tricks that the Mirafiori has. For example, it can be converted to a roadster. No, that’s no misprint. Think about it…an engine that’s under one liter in displacement in 1958 means no air conditioning whatsoever in a vehicle that has that much greenhouse equals some roasting temperatures if you don’t ditch the top. The bumpers are wooden. There’s a lock on the steering column. All in five vehicles that were simply VIP shuttles for the company. That’s how you impress dignitaries…put them in a vehicle simply meant for them.