Video: A Young (and Uncomfortable) John Force Hosts A Bitchin’ Profile Of Connie Kalitta From The Mid-1990s 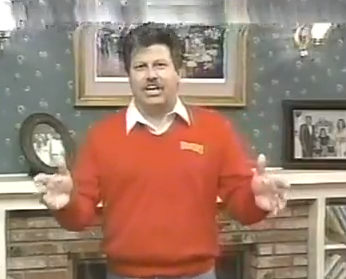 If there is one thing that you’d never call John Force these days it is camera shy, but even Force took some time to get the level of comfort he has on the small screen today. This video stands as proof of that! The footage you are about to watch is an episode of a show called Winners that was hosted by Neil Bonnett for years before he was killed during qualifying at the 1994 Daytona 500. After his death, the show went on with a series of different hosts under the name, Neil Bonnett’s Winners.

This episode is from the  1994 time frame as best we can gather because there is a small piece on Rachelle Splatt when she drove the Luxor sponsored top fuel dragster for half a season before being replaced by the team owner’s daughter under circumstances that were less than ideal according to some guys I know who were on the team at the time. It makes sense for it to be 1994 because it would have been filmed after Bonnett’s death when show producers were trying out different hosts.

Anyway, the profile is really good and you’ll hear Kalitta talk about building his drag racing career and then his flying empire which has continued to expand to this day. There are some bittersweet moments when the show touches on the relationship between Connie and Scott Kalitta which had been rough but was on the mend during the show and very healthy when Scott passed after his funny car crash a few years back.

Between Force’s humorously stiff nature on camera and Connie’s great interview and stories, this is 100% BangShift approved greatness!

CLICK THE PICTURE OF JOHN FORCE BELOW TO WATCH THE VIDEO!

Ride In The Cockpit Of The 10th Shelby Cobra Ever Built As It Rips, Roars, And Screams Around Laguna Seca Mazda Raceway Wild Mud Video: A Wheelstand and Driving Job For the Gumbo Slinging Ages

One thought on “Video: A Young (and Uncomfortable) John Force Hosts A Bitchin’ Profile Of Connie Kalitta From The Mid-1990s”