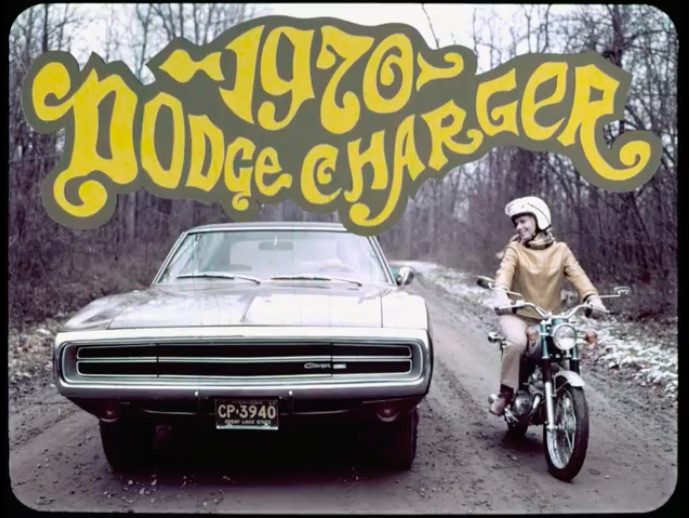 A few days ago we showed you a Dodge promotional film for the 1972 Dodge Charger where they compared it to some other models. Well, this time we are taking you to 1970 and once again it is Dodge comparing themselves to GM but this one has cars that everyone desires today. This wacky video pits the 1970 Charger against the Pontiac GTO, and the Chevrolet Monte Carlo. We have no idea when these guys happened to choose these particular models to measure the car against but it’s pretty interesting.

For starters, the premise of the video is bizarre. There’s a chick called “Blondie Locks” riding a killer little Honda motorcycle through the woods. She then crashes the bike and needs a car and, well, that’s the bizarre setup.

There are some great highlights in this one, including calling the fans shroud in the small block powered Monte Carlo a “Rube Goldberg tunnel rig” because the engine was set so far back from the nose. Hilariously, this is actually better for handling and performance as opposed to having the engine hanging out in front of the front axle centerline, but hey, why let that ruin a good story.

If you love muscle cars and the height of the muscle car era, we think that you will enjoy this video. It’s just weird enough to be great!