Video: Dragster Spins While Backing Up, Crashes Into Wall, Smokes Tires Till They Pop 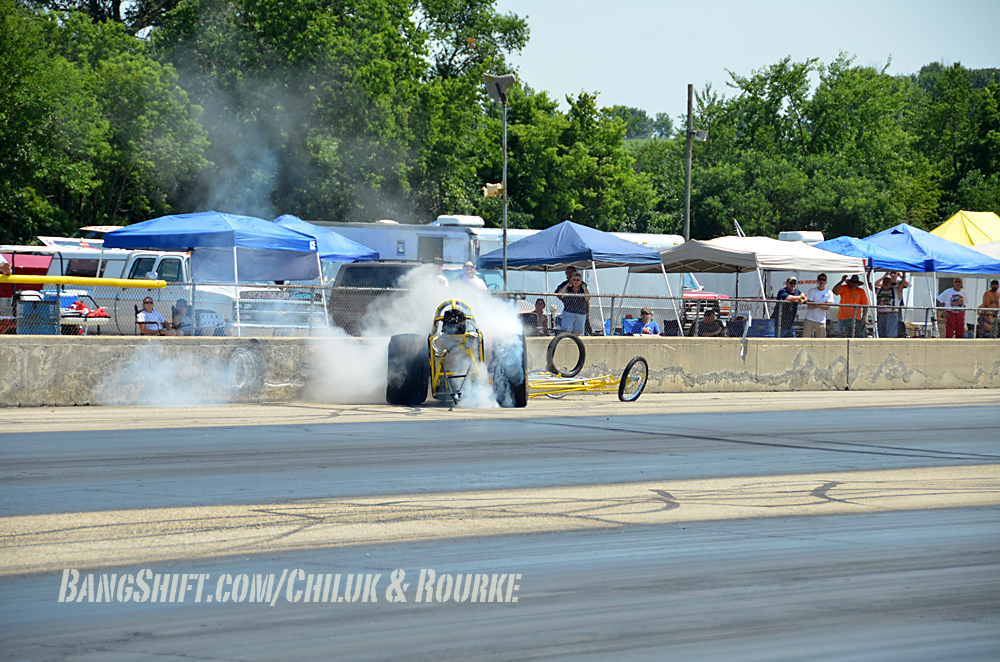 There is nothing good about this video. Nothing. I even questioned whether we should run it. Brian’s thought was that everything went wrong or was done wrong on this “run” so people should see it and be able to understand that. My thought is none of you are going to care, but are only going to want to watch the mayhem. If you want to do that, skip on down the blog item and push play. We also have a couple photos from the incident that you’ll want to see.

I was going to write up a play by play on this video, but it came off as judgmental and there is no need for that because it wasn’t my intent. The gist of it is this. The driver of this car did several things wrong while trying to salvage a run and it cost him dearly. We have been told he is recovering and that his most serious injury is broken ribs which is good news. He was apparently knocked out during the impact which is why the car sat at full throttle until safety workers got it shut off.

I’ve watched thousands of front engine dragster passes. A lot of folks are saying that something went wrong with the steering and I don’t see that. Fast cars have lots of caster. Lots of caster means the wheel flops over when it is turned. This makes traveling backwards really touchy and so it is not uncommon for the steering to flop on occasion. Usually the driver stops, manhandles the wheel back straight or waits for a crew person to do so from outside the car, and then backs up slowly. How the car was knocked from reverse to forward gears or any of that we may never know. It’s an unfortunate accident, and one that shows that being calm cool and collected is incredibly important when driving something like this.

We are glad that nobody else was injured, and that the driver will recover. We hope that this video will show some of you out there that think a license is the only thing you need to drive fast, that there is a lot more to it than that.

Click play to watch the video at the bottom of the page, and check out the photos from Bob Chiluk and Greg Rourke below as well. 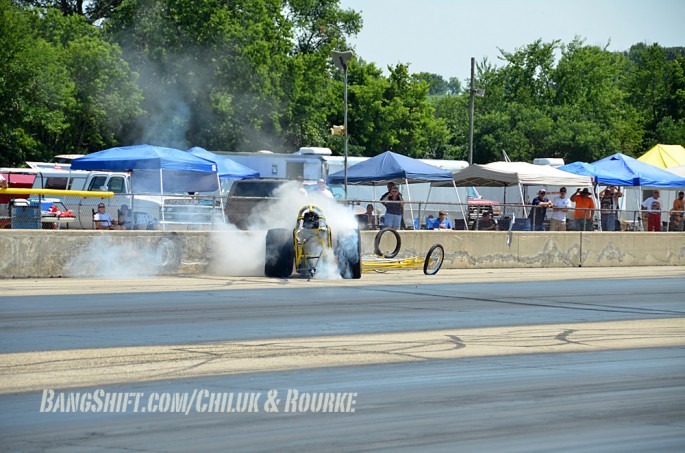 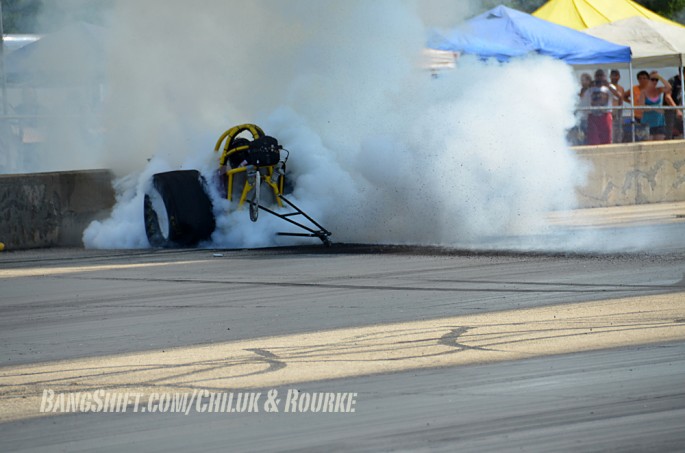 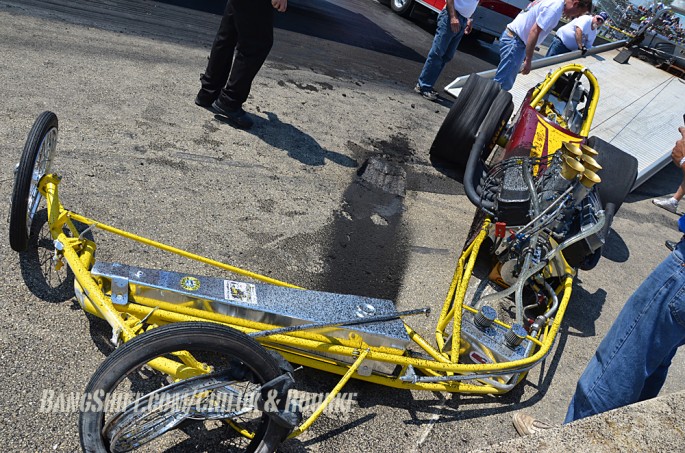 Watching This 1969 Chevy C30 Flatbed On The Autocross Course Is Both Hilarious And Tiring - This Driver Was Working Hard! Unbelievable Crash Videos From Barona. Santos Renovales Flips Several Times But Walks Away!

One thought on “Video: Dragster Spins While Backing Up, Crashes Into Wall, Smokes Tires Till They Pop”