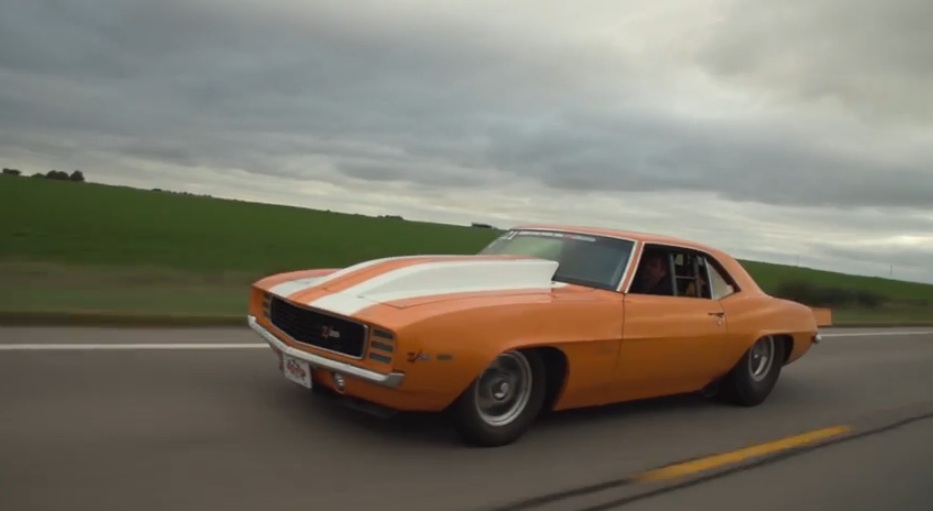 There an irony about announcing literally every pass at Hot Rod Magazine Drag Week and being behind the eight ball about telling the stories on my own blog but the logistics of the event and the insane schedule limit me to producing content as quickly as I can and getting at least 2.5 hours of sleep a night…which is more than Chad got a couple times by 2.5 hours, but you get the point. If you followed the live broadcast of the event through the week you’d know that we pretty much fawned over the badassery of Doug Cline from start to finish. He became only the second man in Drag Week history to clip a six second elapsed time at every track, he became the first to do it in a steel car, and he became the first to do it in a car not dragging a trailer along. The guy had his stuff in the back seat along with a Tupperware storage container on the wheelie bars between tracks and a co driver. He cruised largely by himself and just owned the week like none other. Granted, he did not own it quicker than Jeff Lutz, but in his own way Doug Cline became a hero to the people.

This video was shot at Great Bend, Kansas or more specifically at SRCA Drag Strip on Thursday and it is a look at Doug Cline’s week to that point and his day at that track. We think that this is literally one of the best drag racing short films we have seen in the last 10 years. It is amazingly well shot, tells a story about a guy who clearly feels the pressure of what he is trying to do, and captures the genuine nature of a guy who showed up a Drag Week with the right attitude, outlook, and approach to be successful.

If the “steel car” contingent needed a hero on 2014, they got one in Doug Cline. He traded blows with Jeff Lutz right down to the closing bell and there’s not greater respect we can honor than that. The guy literally threw the kitchen sink at him and just came up a little short. He was the only guy to make a six second hit at every track, though. Not even Lutz did that. Jeff got around Doug with some big early week numbers that helped to keep his average down, even when he struggled.

The Hot Rod staff did an amazing job covering this deal and this video is proof of that. Truly a story for the hot rodding ages!

Gallery: Cruisin' For A Cure "Second Saturdays" Car Show In Downtown Bowling Green This 1969 Fury Is Cool For All Of The Wrong Reasons