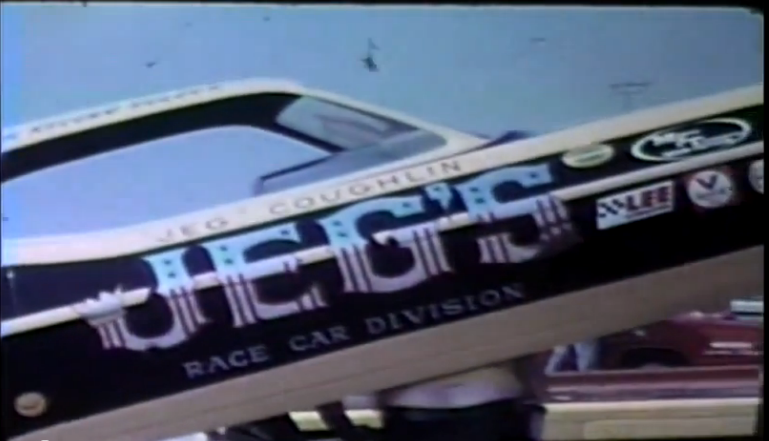 There’s nothing quite like vintage drag strip videos from the 1970s featuring some of the neatest funny cars of the era. This particular video was shot in 8mm format at Motion Raceway in Illinois during the Nixon administration and it rules. Due to it being 8mm there is no engine sounds, but a nice music bed was laid over the thing so you won’t be watching in silence. Instead you will be tapping your toe as you see Jeg Coughlin’s injected flopper, my favorite funny car ever the “Boss Bird”, and a ton of others from the middle part of America.

There’s not information as to what this particular event was but you’ll see some stockers and gassers cruising the pits as well as the funnies so perhaps it was a match race. To go out on a little bit of a limb, we’re thinking that this is a UDRA event because many of the cars that you will see like Jeg Coughlin’s were part of that program. The fleeting images we see of the gassers also line up with what the UDRA circuit would have presented as well. Whatever event it was, there were some damned cool cars on the property!

Today’s nostalgia funny cars are awesome, but let’s be 100% honest with each other. Even they don’t hold a candle to the real deal iron of decades ago. The bodies look cool and all but when you see these cars as they were raced 40+ years ago, they have a mystique that we’ll never be able to recreate. That is not a knock on the modern nostalgia cars but more of an elevation of just how bitchin’ these floppers were when this video was made. Viva la Funny Cars!

PRESS PLAY BELOW TO TAKE A TRIP BACK TO THE EARLY 1970S FOR FUNNY CAR ACTION!