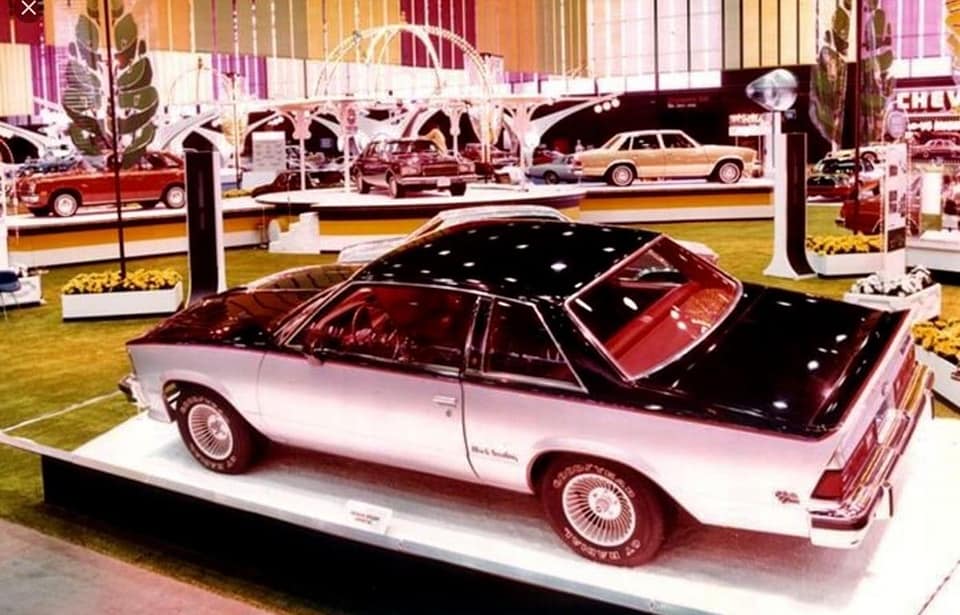 Towards the end of the 1970s, GM saw the writing on the wall: cars had finally reached peak mass and needed to be shrunken if the company was going to have any hope in Hell of making profits in the 1980s, post fuel crisis. A trimmer, lighter car that had the same interior room as the previous generation would deliver better fuel economy and would have the added benefit of not making the smog slug of an engine feel as weighed down…which, spun properly by the sales pitch people, meant that claims of reborn sportiness could be made without a snicker. The return of 1970 wasn’t going to happen, but a car that could chirp the tires, looked right and handled better than a shopping cart was quite appealing. Chevrolet had learned lessons with the 1973 Chevelle, the 9C1 Nova package, and the second-generation F-bodies: if they could handle, they would feel better to the driver, and that ramped up the fun factor. 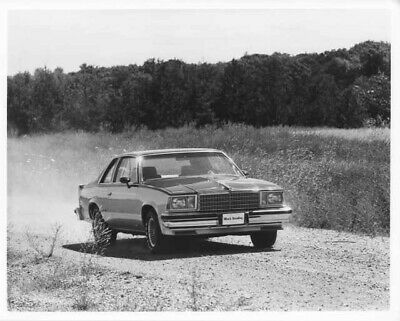 The first downsized GM was the B-body line, the Caprices, the LeSabres, the Bonnevilles and the other corporate cousins. The next on the list were the intermediates, which composed the still-separate A and G-body lines. As history shows us, the G-body line survived, and by the end of it’s run in 1987, the Chevrolet Monte Carlo SS, the Oldsmobile 442, the Buick Grand National and GNX and, to a lesser degree, the Pontiac Grand Prix 2+2 had given GM some performance credit to their name. But the two A-body cars, the Pontiac LeMans and the Chevrolet Malibu, got screwed. The only production performance variations that came out was the Malibu M-80, a regional package meant to entice some good ol’ Southern racing types. Pontiac teased a Grand Am CA, with two prototypes available for testing, but one was destroyed and the other has floated around in need of a restoration. Unless you were skilled with the options sheet and ordered the F41 suspension package, 305 and four-speed, you would probably be stuck with more mundane offerings at the lot in enticing shades of banana pudding tan and avocado green. 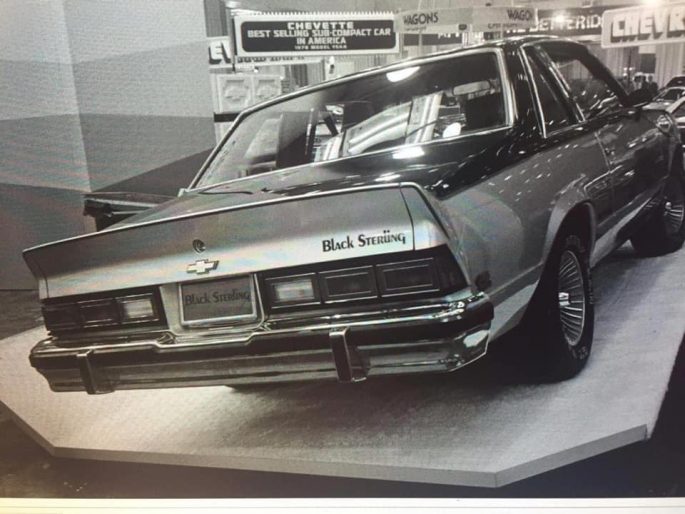 Why no love for the A-bodies? The Grand Am scared other teams when it ran NASCAR, because it’s sloped back window offered up an aerodynamic advantage. The Malibu 9C1 was a hot cop car in it’s time, a medium-sized mover that cops loved…and that E. Pierce Marshall used to rip across the country in record time in 1979. It was unlikely that Chevy would do a hot Malibu unless the sales were there, but judging by this styling exercise, it could have been there. This is the 1978 “Black Sterling” edition, and it’s composed of the Malibu Landau body (note the center divider between door glass and quarter window) minus the brightwork, a ducktail spoiler that looks proper, a front air dam that was used on the El Camino Royal Knight, Super Sport and GMC Caballero Diablo, and wheels that I’m 95% sure are the Z28 turbine wheels. What’s powering it? Maybe a 305, maybe a 350. From the one color photo, I’m all but certain that it’s a manual-transmission car (I believe I’m looking at a shifter boot) and the steering wheel looks raided straight from the Camaro, the four-spoke unit that Chevy used in many different models.

For disco muscle, the Black Sterling looks…pretty damn good, actually. It’s got the right amount of 1970s showboating, but a small-block, four-speed Malibu with the F41 suspension and a touch more aggression from the body should’ve sold just fine. Why this wasn’t pursued is beyond us. In fact, this is a car that needs to be duplicated. 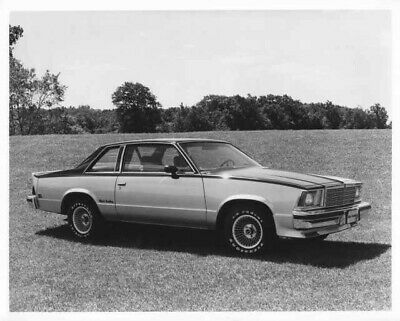