Vintage Drag Wreckage Video: Dale Emery Goes for the Ride of His Life at Indy Circa 1977 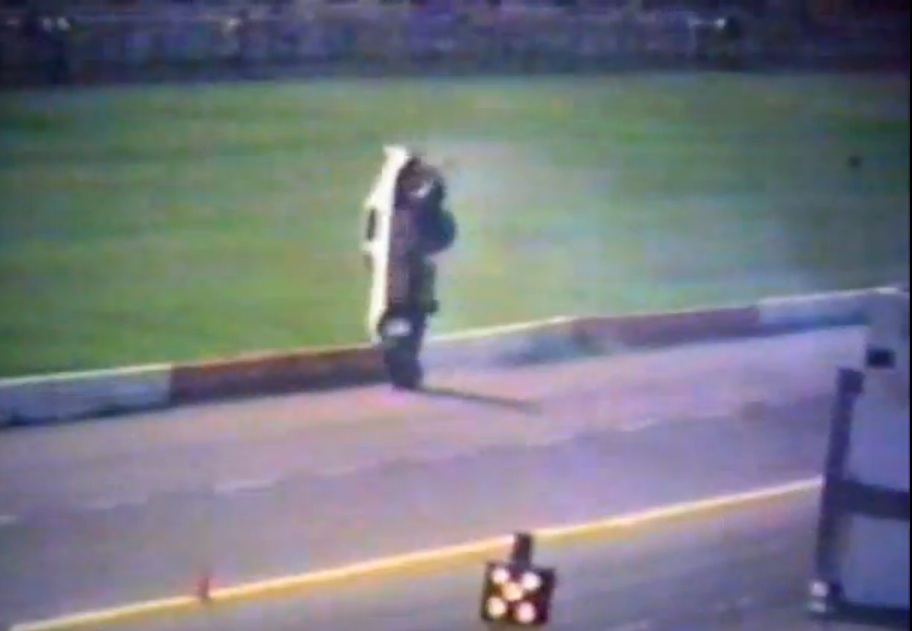 Dale Emery’s backside darkened the seats of an amazing array of drag race cars during his long and storied career. The Texan drove everything from the Pure Hell fuel altered to slingshot fuel dragsters, and ultimately a pile of nitro floppers. Obviously, not every run in his career ended well, but we’d say that none ended worse than the lap shown below. This film was taken during the 1977 US Nationals at Indianapolis Raceway Park, the race’s home both then and now. Driving “Big” Mike Burkhart’s Funny Car, Emery got very sideways early in the run and then slapped the guard rail broadside. This launched the car airborne, ultimately smashing it back down on the wall and essentially exploding it.

This turned out to be a very important moment in Emery’s life and career. He broke his arm during the wreck and was approached by Raymond Beadle to wrench on the Blue Max. Beadle needed the help and wanted a tuner. Emery was one of the best in the business and after some thinking he decided to take the job. It was the right choice as he and Beadle kicked everyone’s ass around the country after a rough 1978 season. Interestingly, Dale Emery never drove a race car again after suffering the wreck you are going to see below. He wasn’t afraid and he sure was capable, he had just found lots more enjoyment in turning the wrenches to get the car going fast rather than pushing the pedals and pulling the levers. We can certainly respect that and his legacy continues to loom large in the sport.

On another note, we’re not sure we have ever seen a funny car stand up on its nose like this for as long as this one does. Today’s car just explode, they don’t fly.

2 thoughts on “Vintage Drag Wreckage Video: Dale Emery Goes for the Ride of His Life at Indy Circa 1977”