Watch A 2015 Mustang Race A VW Jetta Down The Strip…In Reverse! 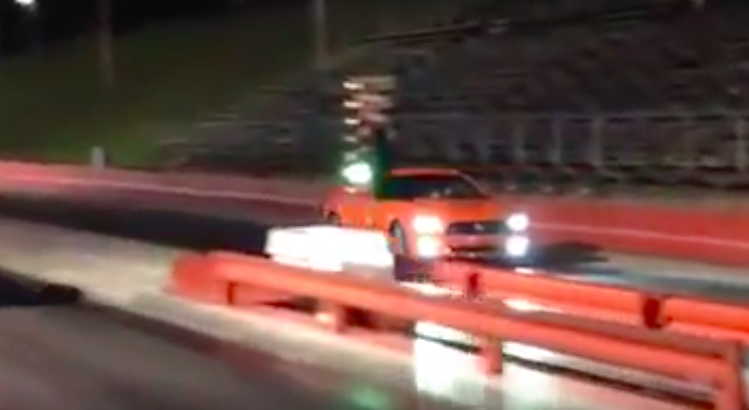 File this one under, “who thought this was a good idea?!” No, the Mustang you see in the image above and below is not running the wrong way down the track, well technically it is but it is going the wrong way in the right direction. Follow? Basically someone in a brand new Mustang GT challenged a guy in a Jetta for an eighth mile drag race and the guy in the Mustang believed that he could beat the Jetta in reverse. Someone at the track signed off to make it happen and here we are.

Driving in reverse at any sort of speed is a tricky and potentially dangerous thing. Anyone who has ever practiced J-turns known that. In this case, the driver is pretty much a boss and he handles the whole thing very well. But the ultimate question of course centers around the results of the race. Did he win? We’re not going to give any more away than that. Hit the link and be genuinely entertained by one of the weirdest and dumbest things we have ever seen a sanctioned track!

PRESS PLAY BELOW TO SEE THE REVERSE EIGHTH MILE RUN

Great Escape: What Living With A Slide-In Camper Is Like In A Nutshell Colonnade CPR: Bringing A 1973 Chevrolet Chevelle SS454 Back To The Outside World

One thought on “Watch A 2015 Mustang Race A VW Jetta Down The Strip…In Reverse!”