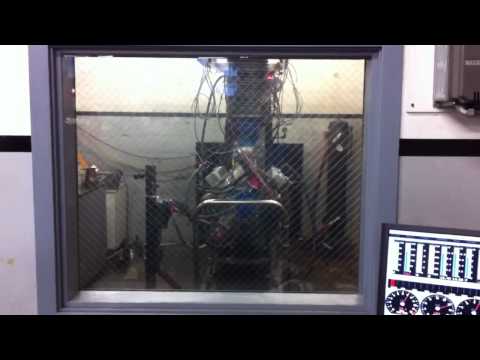 AMC V8 engines are some of the most underrated and under respected mills in the domestic V8 engine family. From the 304, to  the 360, and up to the 390 and  401 all the engines are very capable of making lots of horsepower and torque without having to do crazy things to get there. Take this dyno video for example. This is on the more extreme end of the spectrum, but the engine in question is a 420ci AMC V8 that makes more than 640 hp with it’s lungs screaming for mercy on the pump.

AMCs won in Pro Stock, NASCAR, Trans-Am, and virtually all other racing series they were involved in. That’s the proof in the gearhead pudding with respect to the capability of these engines. We recently had an argument with a guy regarding the potential in these engines. He was a jackass who thought they were all pig iron lumps and we were not worth the work. That guy is clearly an idiot.

Don’t believe us? Press play below to see one of Kenosha’s finest make some awesome noise on the engine dyno. 640 naturally aspirated HP? That’s good times!