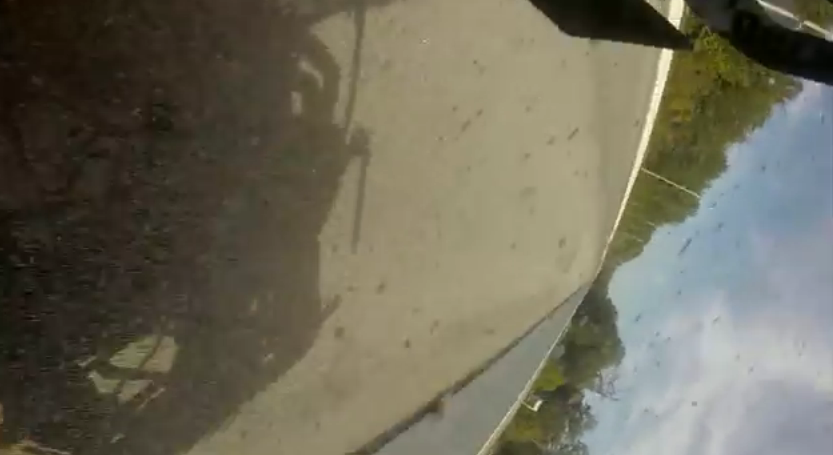 (By Jason Mazzotta) – Jim Bersani is a racer out of New York who has worked his way up through the ranks to run his twin turbo ’57 Chevy Bel Air in the Northeast Outlaw Pro Mod Association, and has run well in the low 6 second zone at over 235 miles per hour. He has continually worked on the baby blue ’57 improving it with parts, and on track performance. After running in Top Sportsman and working his way further and further into the six second zone he made to the move to Pro Mod and has found success with the Northeast Outlaw Pro Mod series.

At the beginning of the 2015, Bersani was at Maryland International Raceway testing for a Northeast Outlaw race when he experienced an unbelievable wreck after a tire exploded while approaching the finish line at over 235 mph. While Bersani appeared from the ’57 in good health, the car did not share the same fate as it was completely destroyed.

As Bersani is approaching the finish line on a clean, low 6 second pass a tire explodes and sends him out of control sliding across the track from the right lane into the left wall, back to the right wall, and into a barrel roll that left the car upside down. The on-board camera captures a terrifying ride that we are happy Bersani walked away from.

3 thoughts on “In-Car Video: Watch What Happens When A Tire Fails At 235Mph – Truly Insane Video!”