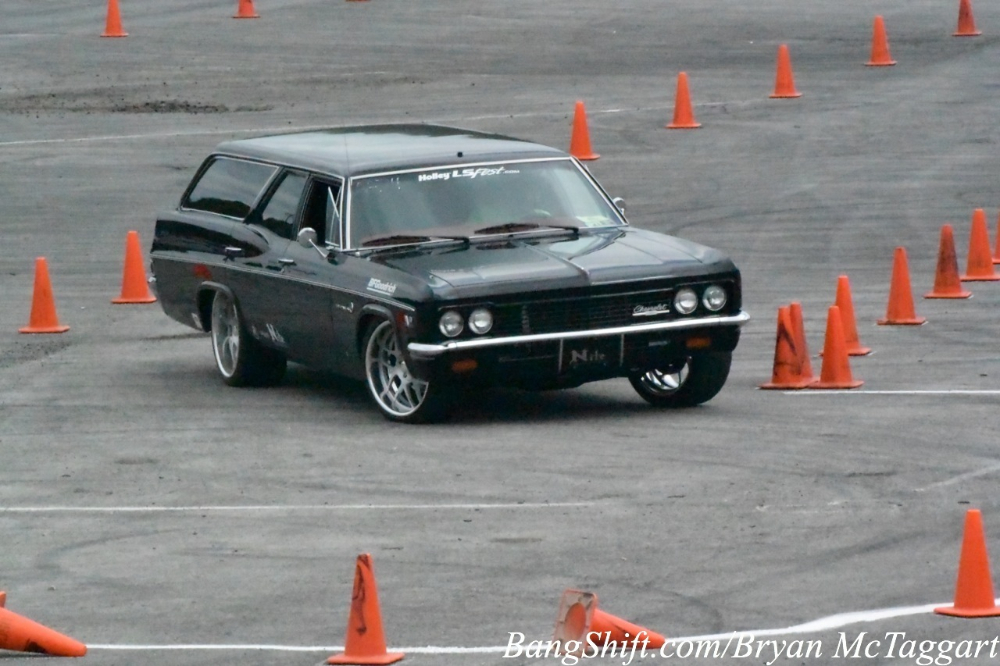 We have showed you some video from the drag racing scene in Brazil before but this is the coolest one we have shown yet. Why? Because the car that is featured in the video is a nasty little station wagon that is powered by an inline six that is turning near 10,000 RPM by the time it makes the finish line. We’re talking an eight second, naturally aspirated, inline six powered WAGON here, kids. America, Brazil, Antarctica, location is irrelevant because these dudes are hot rodders to the extreme  and their chosen steed is BangShift approved!

We came across this video when some guys were having a FB discussion and Scott Clark found himself chatting with them. The topic came up asking if this was the quickest naturally aspirated six banger door slammer in the world ( it is not) and Scott stuck my name in there to see if I could shed any light on the subject. I was blown away by the coolness of the car and the fact that the dudes are so completely overjoyed when they run the 8.18/165mph lap you’ll see in this video that I had to share it. The body style is called a Chevy Opala and they were made and sold in Brazil from 1969 through 1992. The small cars were a staple of the auto industry down there and as such also became a staple of the hot rodding industry down there as well. Many of these have been modified for strip duty but few of them are tube framed terrors like this one.

As you will see the wagon launches wheels up, gets all over the place and really looks like a handful but the driver never lifts for a second. Keeping his foot plowed to the carpet on multiple runs finally nets the big number the team was trying to achieve and the crowd literally goes nuts. The car sounds like it has a 5 or six speed manual transmission of some kind on it and the guys really like to whoop up on the V8 racers and you’ll see the little wagon do just that in the video. If you listen to the high RPM car going down the track and count the gears, there are a bunch of shifts made. We don’t have any information on the transmission but the do know that the engine is based on a 250 inliner, which really rules!

PRESS PLAY BELOW TO SEE A BRAZILIAN CHEVROLET OPALA RUN 8.18 AT 165 WITH AN INLINE SIX NA –

VOTE NOW! Our Buddies At Hammerhead Are In The Running For SEMA's LaunchPad Competition Trucks! Here's A Collection Of Sweet Rigs From The 2014 Orange County Great Labor Day Cruise