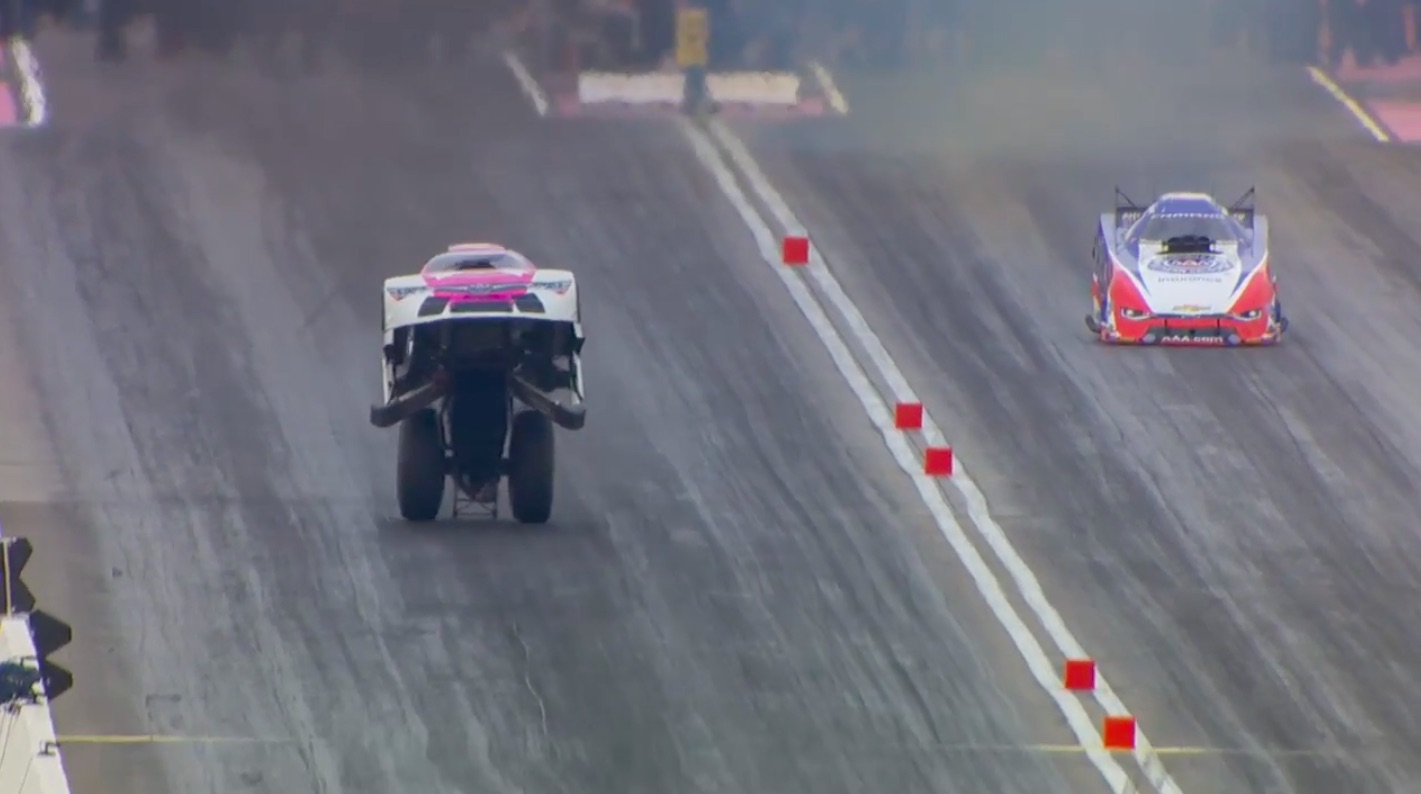 The best thing about the sport of drag racing is that you literally do not know what is going to happen one minute to the next. For instance, funny car at the NHRA Toyota Nationals last weekend was wacky with all kids of stuff happening from explosions to fires and guys getting sideways but nothing compares to what you will see below. We mean that historically, not just for the course of the weekend. You may be watching the single greatest winning elimination run in NHRA history below. Cruz Pedregon did win the round on this pass, remember that. Now, they could not make the call for the next one but they did win this one.

So what are you about to see? Basically you are going to see Pedregon get into a power wheelie, get nearly vertical, get the car completely airborne, and cross the finish line tripping the clocks with the rear tires. The craziest thing about this run is that the body did not come off and because the body did not come off, it acted like a huge sail and that sail was catching well more than 200mph of wind. As you will hear a near speechless Dave Reif and Tony Pedregon explain, this is about the most amazing thing they have ever seen. That went for everyone packing Las Vegas Motor Speedway as well. This was literally jaw dropping.

The replays are amazing but perhaps the most stunning fact? After analyzing their Racepak, Pedregon determined that the front end came off the ground at 330ft and it landed at 1,121ft down the race track. Yes, this guy pulled an 800ft wheelie in a funny car…and won the round.

I was on the starting line with Lee Beard when this happened and even he couldn’t get the words out about what we had seen.

Press play below to see Cruz Pedregon fly a funny car for 800 feet!

eBay Find: Want To Buy A Former SEMA Show Car? This 2015 Wide Body Mustang Was A Hit Last Year Lohnes's Two Favorite Cab Over Trucks From SEMA 2015 - One Ford and One Chevy