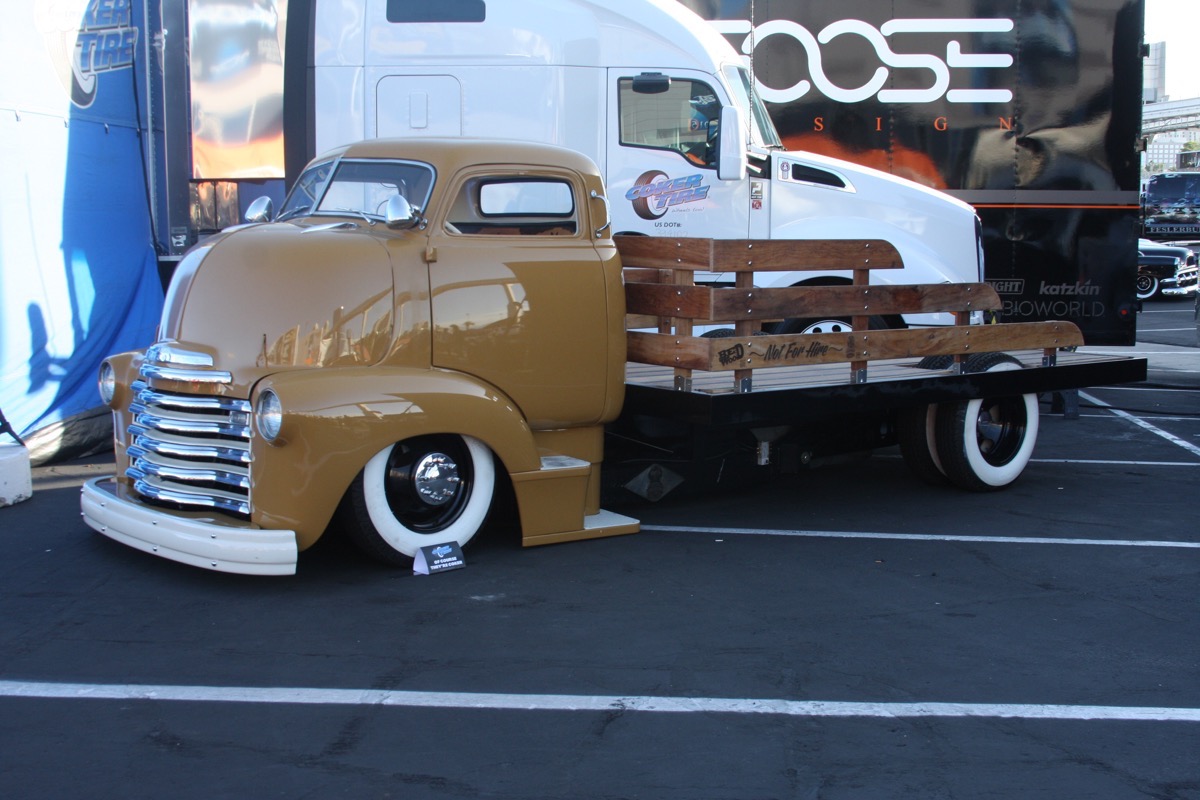 If you had told the engineers and designers that were making these trucks come to life decades ago that the yeoman equipment they were working on would be considered iconic Americana in the next millennium they would have laughed. The truth is that these cab over trucks are really cool and they hit me right in my automotive sweet spot. My fascination with trucks like these is that long before anyone ever thought to hot rod them they were working trucks doing mundane jobs and likely being overloaded and beaten up by drivers who just wanted to get their loads delivered.

Both of these trucks appeal to me for different reasons. Let’s start with the Ford. Obviously it has attitude and with that great looking hot rod sitting on the back the thing just screams cool. I like the lettering and while I can’t say that I dream about fake patina, this truck looks like it has been rubbed up on in all the right places. The side panels and the running boards that lay under the bed are a nice detail touch, although I do like the look of an “open” under bed area where you can see the frame rails and that stuff. Overall I would love to own and cruise this truck. Would I tweak some stuff on it? Sure.

The second truck is one that literally turned my knees to jelly when I saw it. The old Chevy has a kind of quiet, working man’s dignity that is tough to really put into the proper context. Chopped, bagged, and sitting on wide white walls the thing is just cosmically right. The bed uses some really nice stock from Bed Wood, the cut out sections that allow that tall, narrow tires to peek through when the bags are lowered, and the interesting look that the cab gains with the roof chop all had me staring the waning daylight outside of the Las Vegas Convention Center.

I believe this truck has a gas engine as I did not see any exhaust stacks or plumbing rearing out anywhere as is typically the case with rigs like this that are packing diesel power. I have a hard time describing the color as well but its milky, non-metallic  appearance also struck me as very refined and classy. It is like this thing was plucked off of some gentleman hot rodder/farmer’s estate or something. The front axle almost has the appearance of being moved back but that is likely just an effect from how the truck it sitting so low.

If I were forced to pick between the two trucks, the Chevrolet would be my choice but that big Ford, the Chevy’s louder and rowdier cousin sure would be a lot of fun as well. Here’s to a couple of working stiffs that made the big time. My two favorite cab overs. 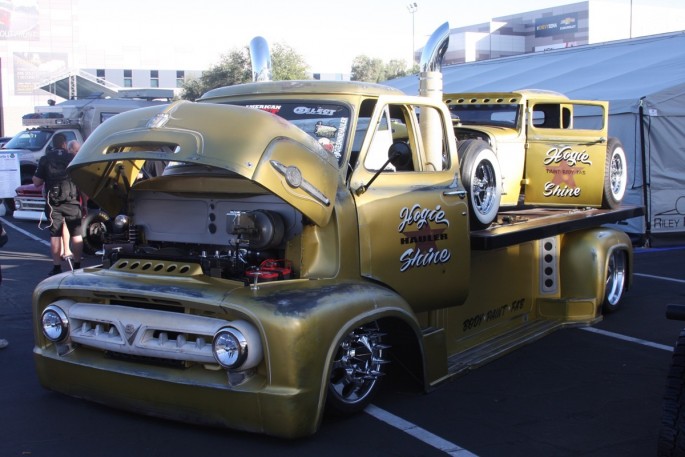 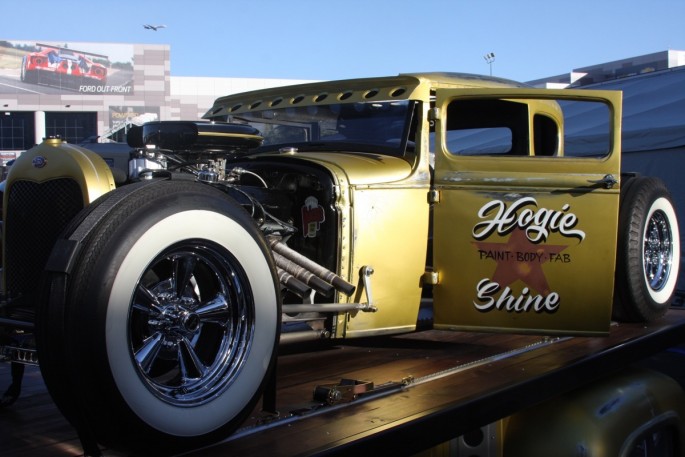 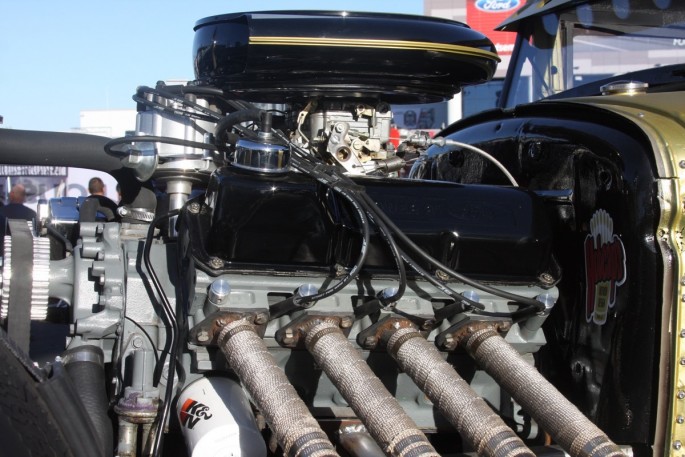 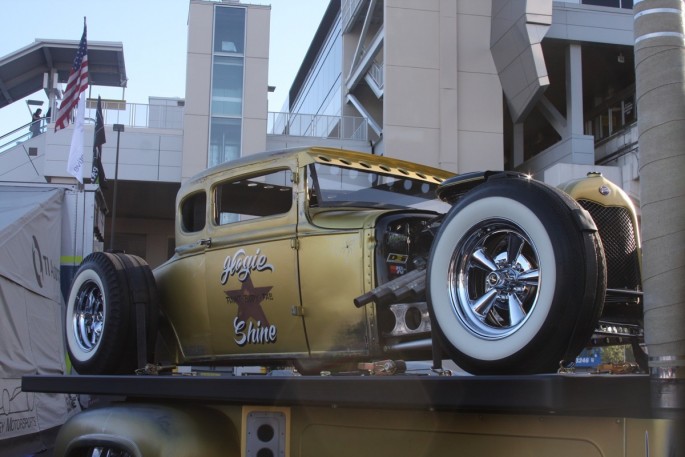 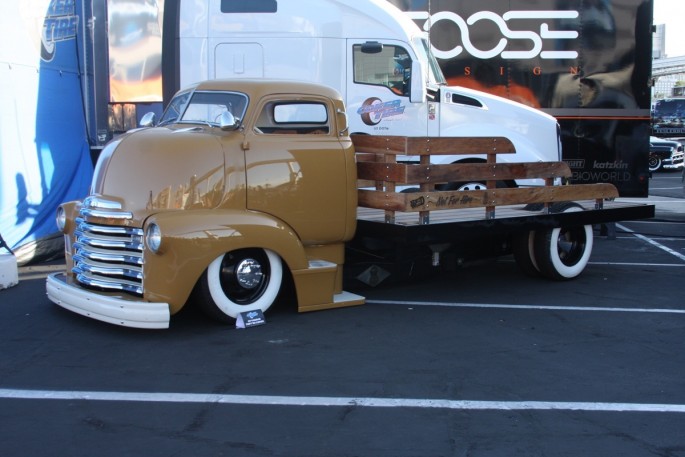 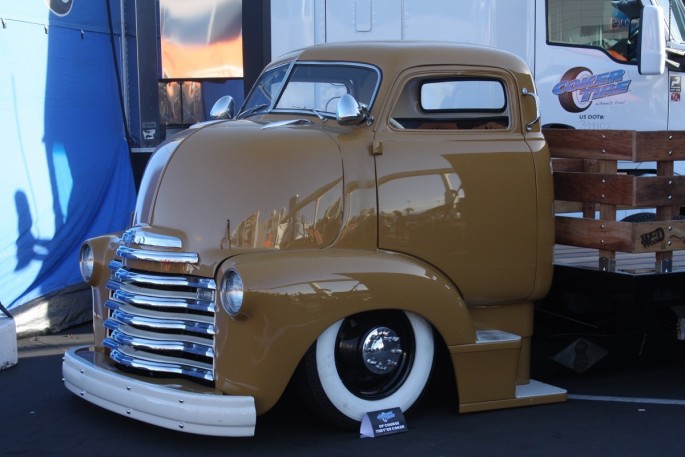 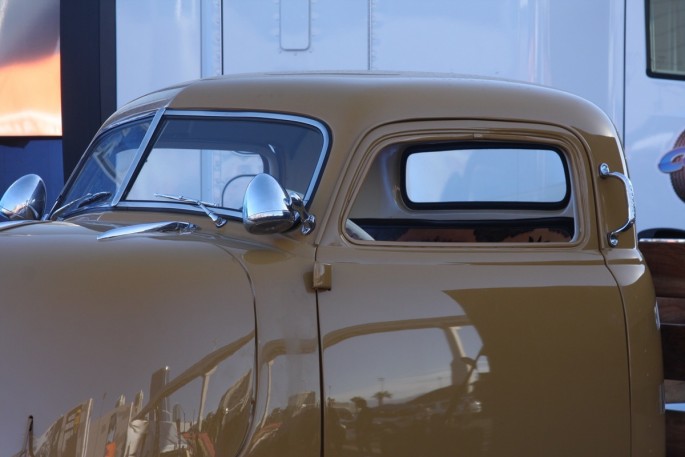 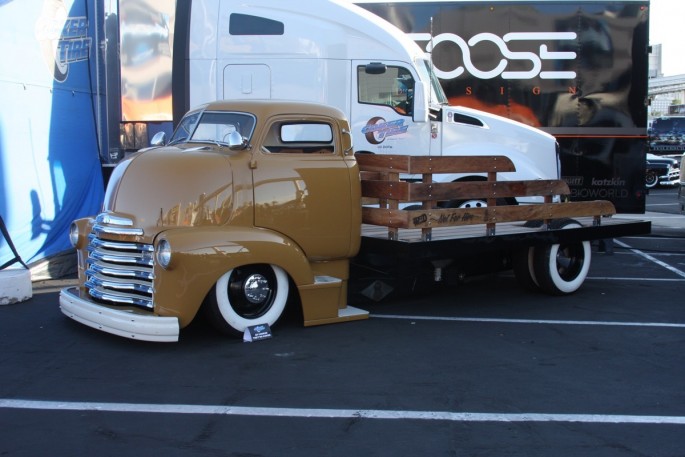 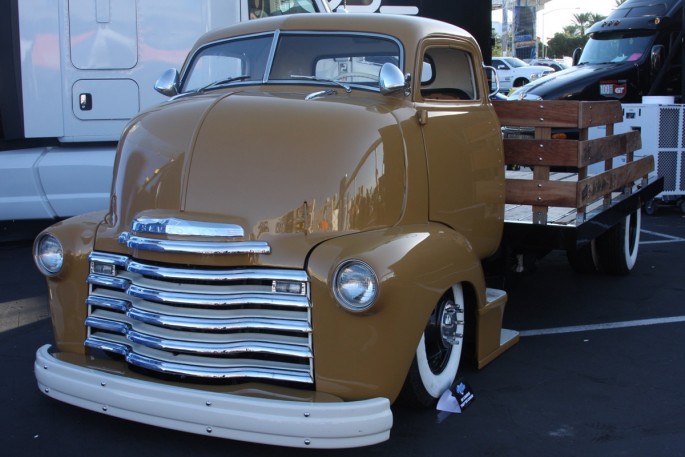 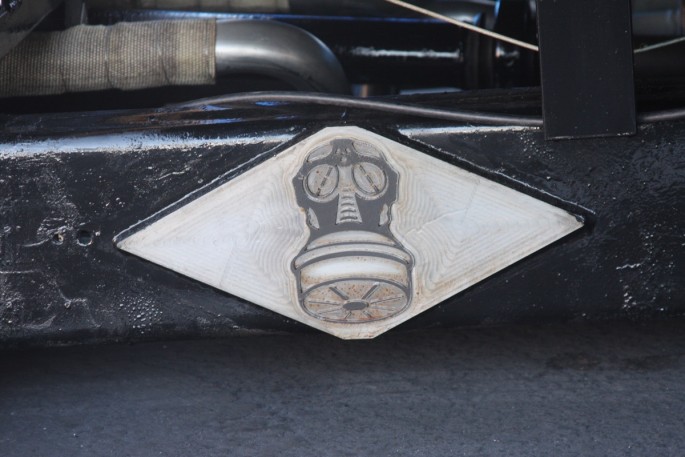 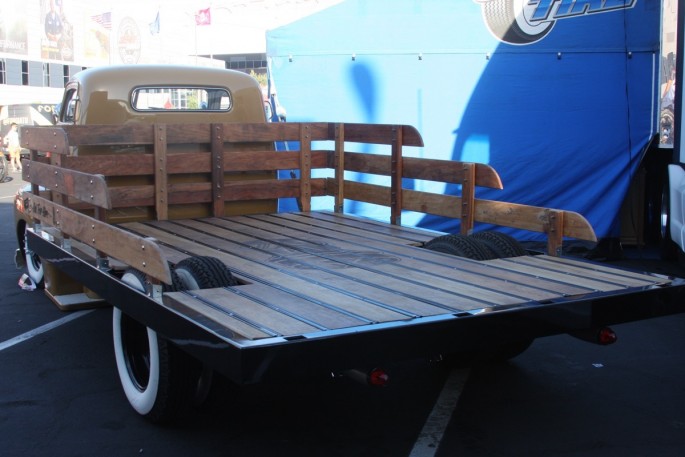 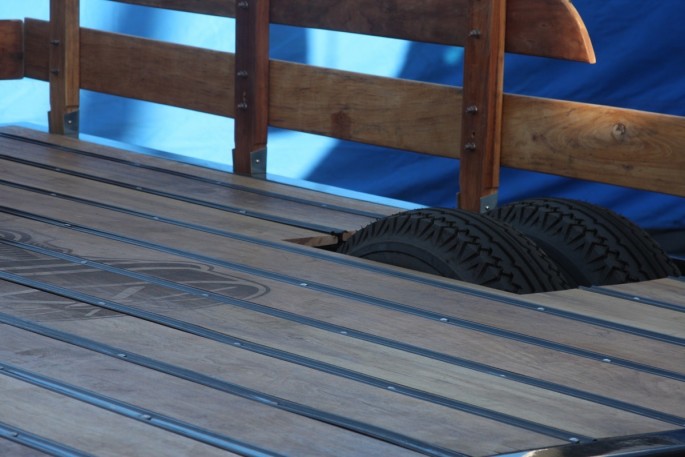 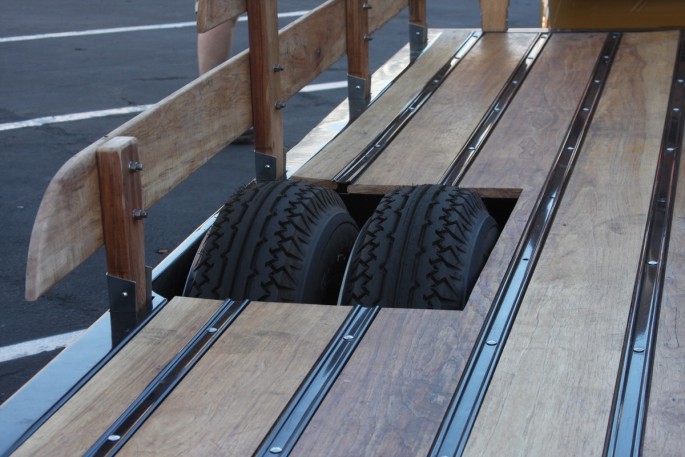