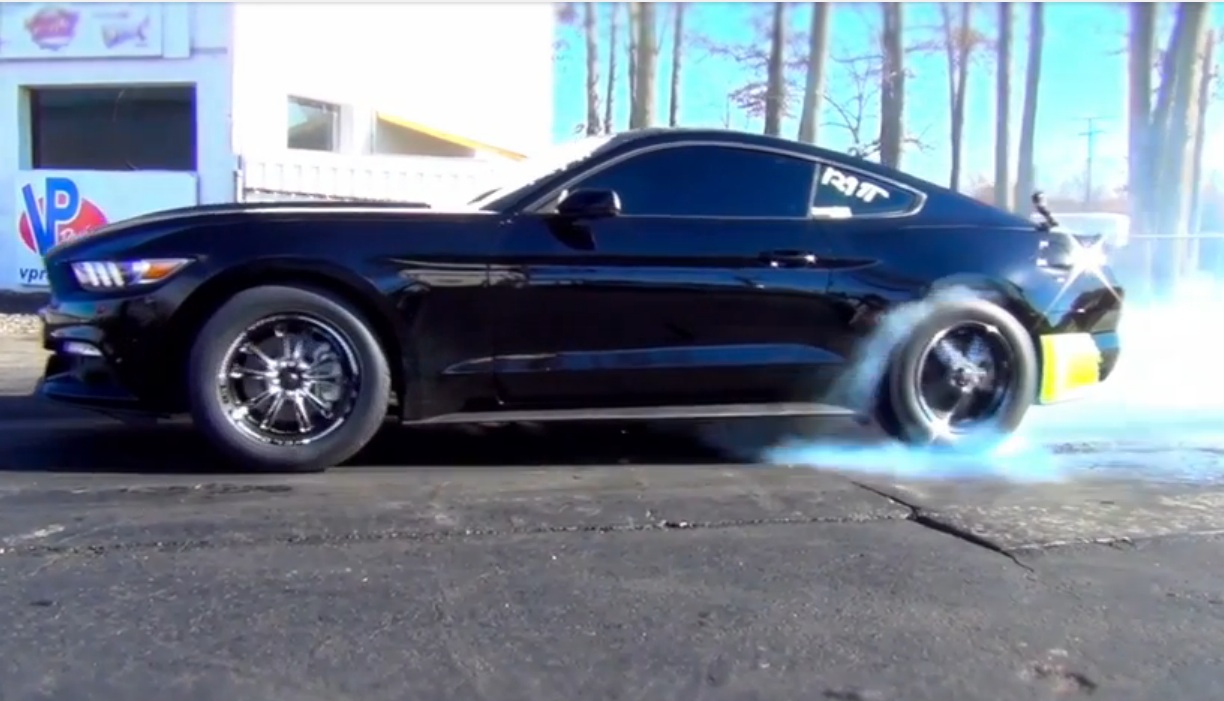 The 2015 Mustang nuclear arms race is ON! We ran into Dan Millen on the SEMA show floor and he told us that the Livernois Motorsports shop EcoBoost Mustang had run in the 11 second zone with tuning and tires. Considering that they have only been screwing with the car for a couple of weeks and the first laps they laid down were in the high 13-second zone, that’s damned impressive. There’s been as much and perhaps more buzz about the four cylinder turbo Mustang than there’s been about the GT models and that is surely a sign of the times. Millen told us that this Mustang is now the quickest EcoBoost anything in the world. He would know as Livernois Motorsports has run Explorers and Tauruses into the deep, deep 12s. Pretty neat that the first EcoBoost powered vehicle to go 11s is the four banger powered 2015 Mustang.

This time of the year is fun for drag fans like us because the freezing cold air that is swooshing through most strips over the next month of two means that engines are making big steam and as long as there is a track for the car to hold on to, there will be more big numbers coming out of cars across the country….EcoBoost Mustangs included!

Craigslist Find: A Prerunner Ford F150 That May Satisfy Your Trophy Truck Itch BangShift Question Of The Day: Which Road Race Fender Flares Do You Like Best?