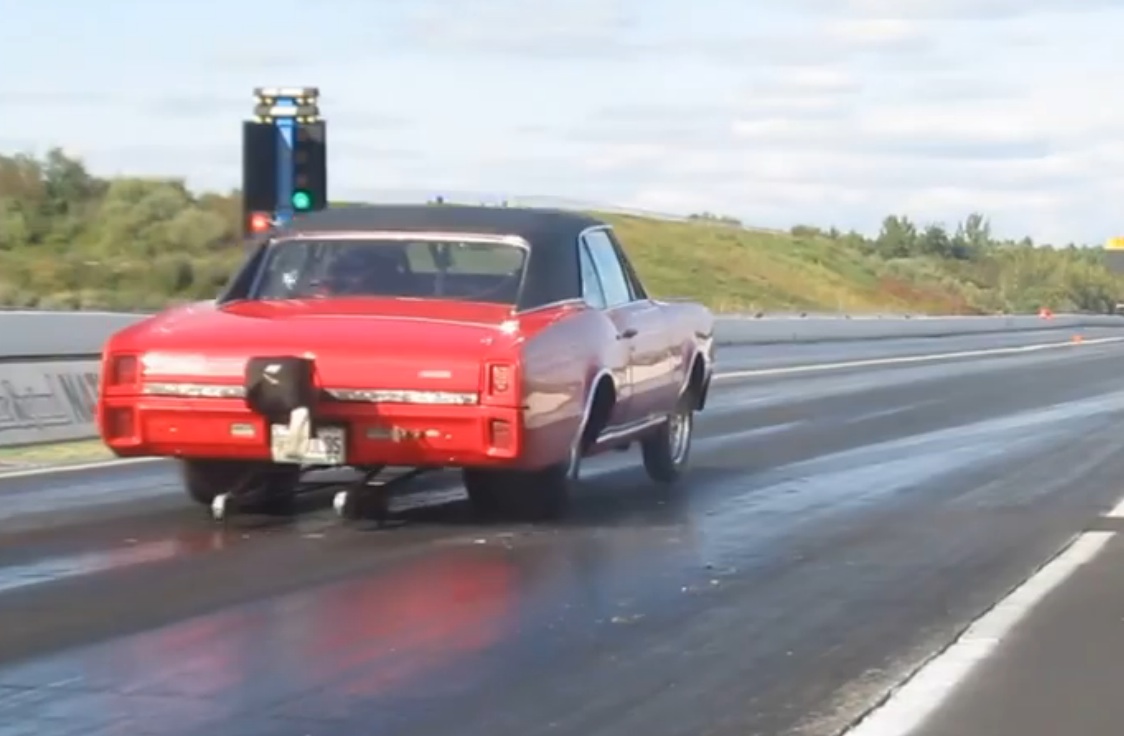 We’ve been following the story of Gene Newton’s killer 1967 Olds 442 for some time now. Last time you saw it on BangShift, it was spinning the dyno rollers in THIS VIDEO at DMC Racing in Halifax, Massachusetts. At that point, the car established itself as one of the most powerful true Oldsmobile powered machines ever built turing the rollers for nearly 1,500hp at the tires. Since then, we had not heard a lot from Gene until today when he sent us an email with a video link and a time slip to some test runs that he made yesterday at New England Dragway in Epping, New Hampshire. These are some of the earliest runs made on the car and it is already clipping the bottom eight second area with speeds tickling 175mph…out of a stock bodied, large by huge 1967 Olds 442. 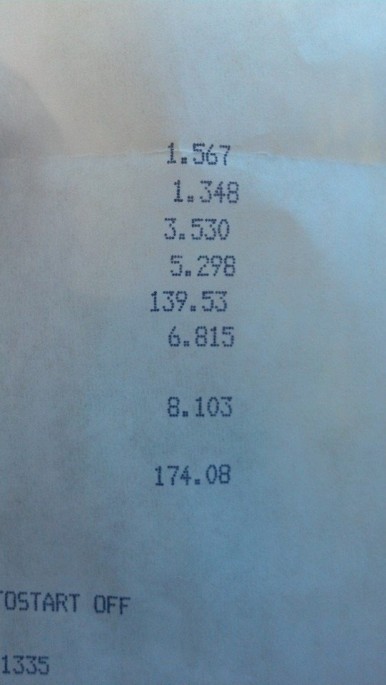 What’s the engine? It is a collection of the hardest core Olds parts you can think of combined with new technology to make it all work. The block is a NASCAR Olds block of which about 300 were ever made, the crank is from Moldex, the heads are old CJ Batten pieces, the turbos are twin 75mm Bullseyes, a FAST XFI fuel injection system feeds the whole fire and a Rossler three speed transmission is in charge of getting the gear shifted down the track. Gene’s been at this car and combo for a long time so we are super pumped to see it coming together for him. Oh, did we mention that the car is street legal and Gene plans to cruise it? Yeah, we’re thinking what you are thinking. DRAG WEEK! We’re not going to pester him about that yet, but maybe you’ll want to after watching this video. This could be one of the coolest drag cars in the country all things considered.

Gene let us know that he believes the car to be the quickest active Olds powered door slammer in the world right now. He also said that as far as the all time mark, he’s behind but catching up to his engine builder’s (Bill Travato) past Olds fired accomplishments. How awesome is that!?

SCROLL DOWN PAST THE TIME SLIP TO SEE VIDEO OF THE CAR RIPPING DOWN NEW ENGLAND DRAGWAY!

What's It Take To Run 6.16 In A Street Truck? Look Inside The ProLine Racing Engine That Propelled Larson On Drag Week 2014 BangShift Exclusive: We Get Inside A Massive Hidden Collection - Drag Cars, Indy Pace Car Editions, Parts, Trucks, Stuff Galore