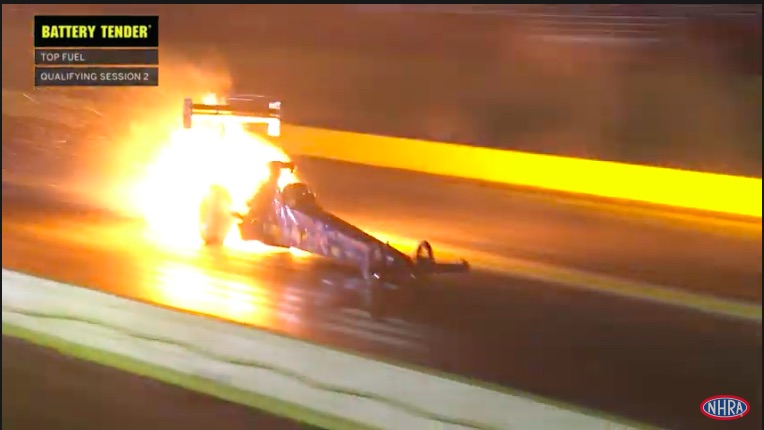 There are many, many ways to fireball a top fuel car. Push the head gaskets out, throw the rods out, or in the case of this situation, rip the valve cover off. You are going to watch Joe Morrison make a wild, flaming top fuel run in Dallas right here. Now, what’s interesting is that both Tony Pedregon and I thought that the car had pitched a rod out, slinging oil on the headers and starting a massive fire. In the moment, it was the best info that we had…but we were wrong.

The car actually shot a spark plug out and the consequence of that was compromising the valve cover, which then allowed a lot of oil to be released into the wild where it was ignited by the header flames and caused this spectacular scene. The engine was virtually undamaged and the team continued on that weekend.

As far as visuals go, they don’t come much more awe inspiring than this!