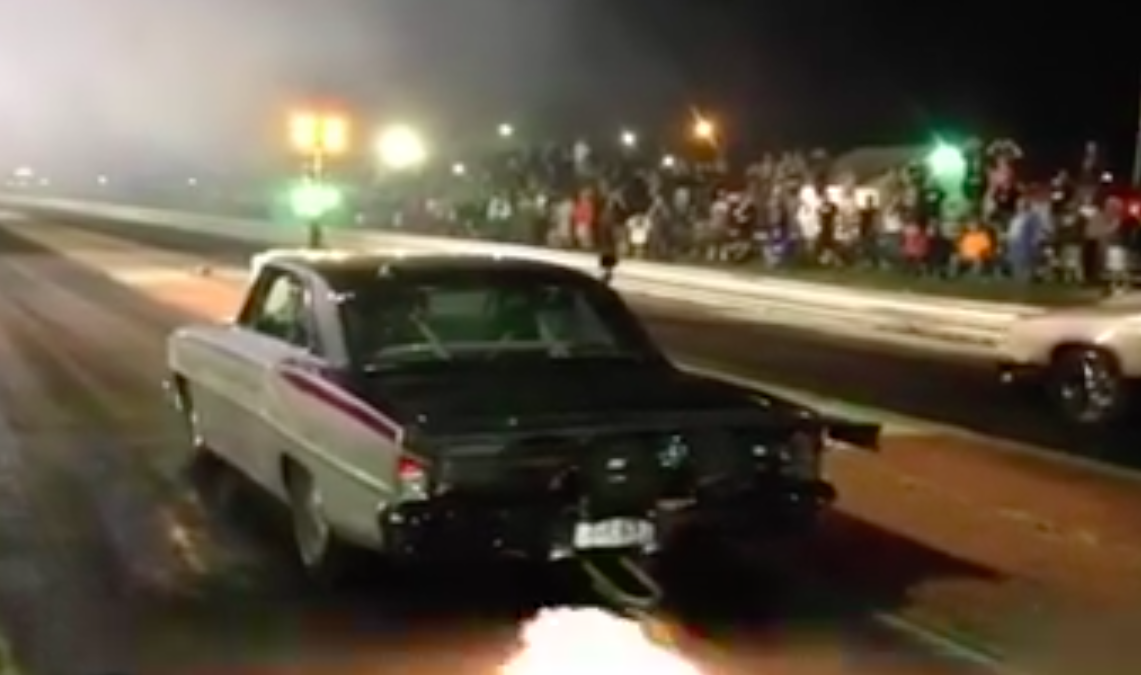 A little drag strip, a hazy early fall night, a crowd at the fence, and two snarling, killer drag cars ready to thunder off into the night. What could possibly be better than that?! The fans at US36 Drag Strip in Osborn, Missouri got one hell of a show when Larry Larson and his iconic 1966 Chevy II Nova took on John Andrade Jr in “The Cutty” at the track. With the final run coming well into the wee hours of the morning, Larson and Andrade locked horns on the eighth mile track with Larson’s machine coming out on top.
Look, I may be in the minority here in that I really enjoy and respect the S10 truck that Larry built and has set all kinds of insane records with, won NHRA national events with, and rewritten the book on what a “street car” can do, but it is that iconic Nova that spins my crank harder than anything else the guy will ever pilot. The Lenco, the flame spewing exhaust, the full interior, the lifetime of work, blood, sweat, and tears the guy has put into that thing, it is all there in a package that virtually every hot rodder in American can respect. To see this car being used and beating up on a very stout car in the form of Andrade’s Cutty is spectacular.

I say it too often but the spirit of the sport of drag racing lives at places like US36 Drag Strip, and it lives in the cars that you’ll see in this video. Larry has raced his backside off this year with his wife Sherri and his pal Jeff Stacy at his side most of the time. A small but dedicated band for sure. This looks like one hell of a fun night at the strip. Watch –

WATCH THE VIDEO BELOW FOR NOVA GOODNESS –