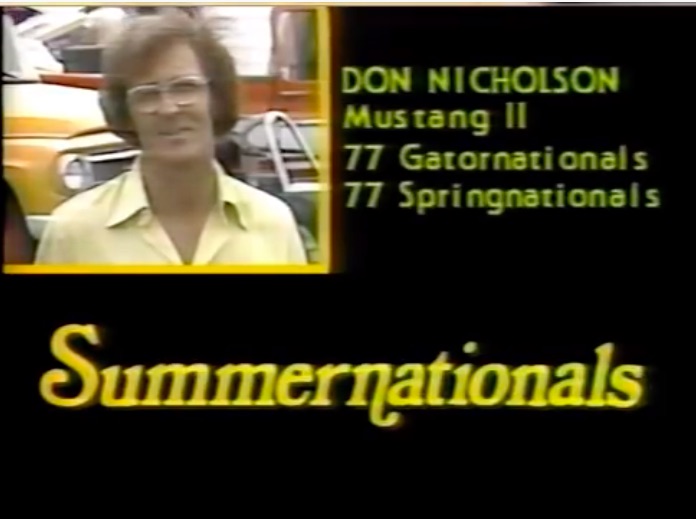 This weekend for the 49th time in NHRA history there will be a race run carrying the title of the Summernationals. The first one was run in 1970 at York US 30 Drag Strip in Pennsylvania. In 1971 the race moved to Raceway Park in Englishtown, New Jersey. In 2002 the title transferred to Topeka, Kansas and then finally it came back home to reside in New Jersey from 2013 until the untimely closing of the track before the running of the 49th iteration of the event. Well, Indy will now join the list of tracks that have hosted a Summernationals as this weekend’s Lucas Oil Summernatioals will begin roaring on Friday with testing.

This video is the 1977 broadcast of the race and it’s radical for all the reasons you know and love. The cars, the names, the hot, hot New Jersey weather all combine to make this a barn burner of a race. The 1977 NHRA season was a good one with Shirley Muldowney ultimately capturing one of the most historically significant motorsports championships in American history when she leveled all comers on her way to the title.

Check out the action from E-town and sweat for Steve Evans in that polyester coat that must have been like wearing a fire suit in the heat!