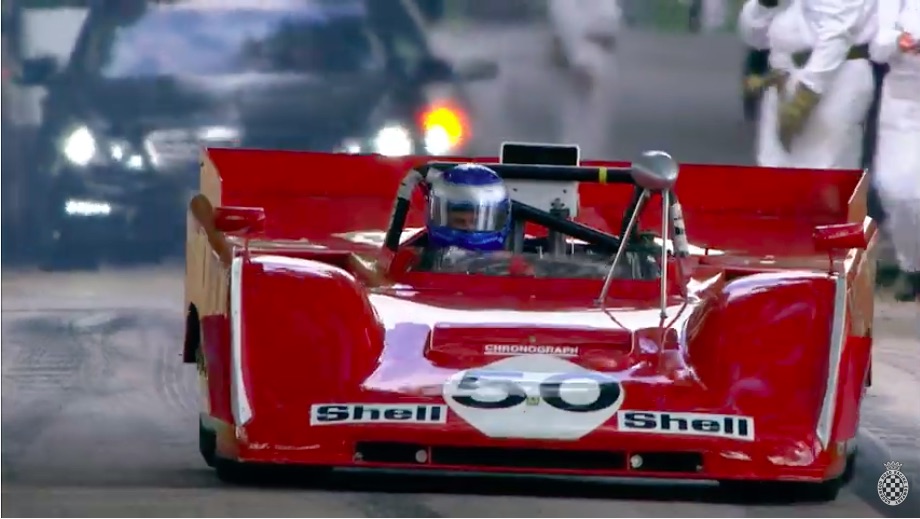 This car is powered by the biggest engine that Ferrari ever made and it never won a race. The Ferrari 712 was the company’s answer to the question surrounding how it was going to attack the wide-open and worldly popular Can-Am racing series of the early 1970s. They built a chassis and then for the power plant they went all in, creating a 7.0L version of their V12 engine. The good news is that the car looked and sounded like nothing else on the track. The bad news is that most of the other stuff on the track passed it and never looked back. Mario Andretti mustered a fourth place out of the car once and that was kind of a career highlight for the machine that just didn’t have the hairy chest that the other cars in competition did.

Now, that being said this thing is so sexy in visual and audio that watching it hike up the Goodwood hill is special and cool. The open cockpit, the mile-wide footprint of the car, and the lower toned sound of the 7.0L V12 that was so much bigger than the typical 3-ish liter V12s that Ferrari had been building for decades by the early 1970s is cool.

We have said it before and we’ll say it again. “Failed” race cars are often our favorites because they typically show a person or an organization doing something to challenge the norm, challenge themselves, and advance technology. Did it work? Not like they wanted but this thing is still awesome.