Watch The Dramatic Top Fuel Final Round At The 1983 NHRA World Finals – Amato Vs. Muldowney

Nov 15, 2019Brian Lohnes1320 Videos, BangShift 1320Comments Off on Watch The Dramatic Top Fuel Final Round At The 1983 NHRA World Finals – Amato Vs. Muldowney 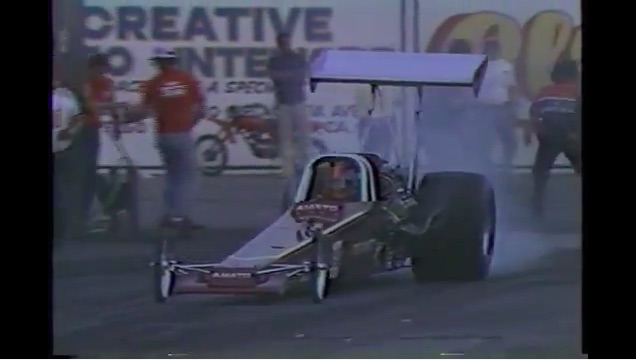 There’s a finality about the last race of any competition season and in the sport of drag racing the biggest close of the year is the NHRA World Finals. Over the years this race has made dreams come true and left just as many as smoking ruins on the ground. With the advent of the Countdown to One format, many championships over the last several years have been decided in the later rounds of eliminations at this event. This year the Pro Stock title, the Pro Stock Bike title, and the nitro Funny Car title will all be decided over the course of three days in Pomona. It should be pretty awesome if you are a fan of NHRA drag racing.

Knowing what the current situation is, let’s jump into the time machine and travel back to 1983 when Shirley Muldowney was at the peak of her abilities and Joe Amato was beginning his rise to top fuel domination. Amato had proven himself as an exceptionally talented racer in the alcohol ranks before graduating to fuel cars. It was a harbinger of things to come as he would reign as one of the greatest top fuel drivers and champions in the history of the sport by the time he hung up his spurs.

In this matchup between the two titans there’s some added drama. You will see Shirley’s car fire and rip a burnout. You’ll then notice that Amato’s car is not fired and the thrash is on. As Shirley backs up and does a dry hop Amato’s guys finally get him fired. He then pulls a little pooch burnout and gets ready to stage the car.

John Muldowney and Rahn Tobler held her until Amato was getting ready to stage. They made a race out of it but who won? Watch to find out.