Damned Yankees: Watch The Semis and Finals Of The 1982 NHRA Winternationals From The British Show World of Sport! 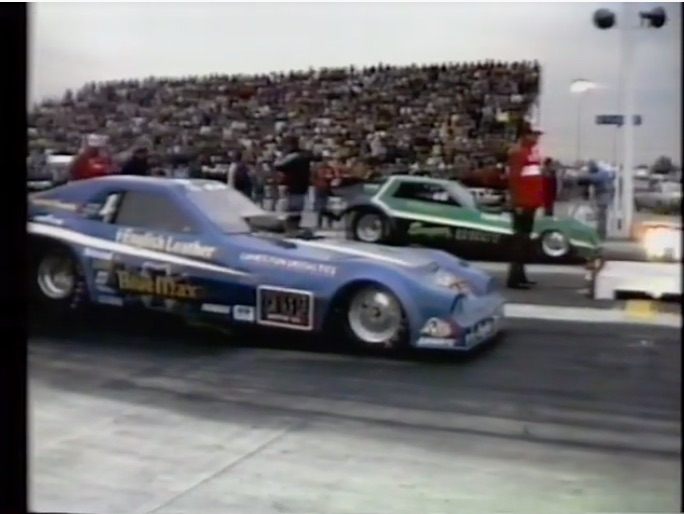 This right here is a good watch. Why? You are going to see some killer classic drag racing and you are going to see it with an intro from the BBC show “World of Sport”. This seems like the kind of weekly clip show that would take viewers around the globe and show them all different stuff. Not in the sense of Wide World of Sports, but more as a highlight show. We dig the fact that they show the semis and the finals here.

The ’82 Winters would set up some storylines to come through the season, especially the one that did not really materialize at this race. That of course would be the first ever all-female top fuel final round. It was looking good at this event but Dick LaHaie had other plans. Lucille Lee would end up getting her shot at Shirley when the two met later in the year in Columbus.

On the funny car side of things, guys like Al Segrini, Raymond Beadle, and Frank Hawley were brawling for a shot into the final round. The run between Hawley and Beadle is awesome because they are both jacking around with each other on the starting line by backing up before staging and stuff.

Admittedly our favorite part is listening to the masterful call made by Sam Posey and the legendary Chris Economaki. These two guys are not “drag racing” guys per se but they were racing guys who did the work and spoke with thought and intelligence. They are masters of the craft and it’s cool to listen to them here.

It was cold, gray, and tricky that year at Pomona. Just look at everyone all bundled up!

Press play below to see the semi-finals and finals of TF and FC at Pomona 1982!

This Video Of A Bombardier Sidewalk Plow Pulling A Big Rig Out Of The Mud Is Totally Awesome Embrace The Modern: Uncle Tony Deep-Dives The Third-Gen Hemi

3 thoughts on “Damned Yankees: Watch The Semis and Finals Of The 1982 NHRA Winternationals From The British Show World of Sport!”