Watch The Top Fuel Final From The 1986 NHRA US Nationals – Garlits VS Gwynn! 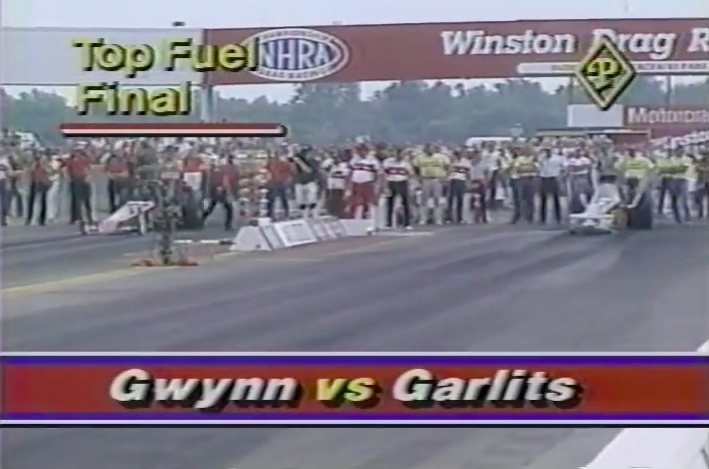 So one of those races is obviously the 1986 running of The Big Go. I found some video of a fantastic top fuel final that featured Don Garlits taking on young lion Darrell Gwynn who had risen during the 1986 season to be a legitimate threat to Garlits who had really been knocking them dead with strong performances.

The setup to this final round on the Diamond P broadcast is brilliant. Evans questioning Garlits as to why he is always trying to line up next to Gwynn in qualifying and if the purpose is psychological warfare or what. Gwynn’s response to the same question is great and Dave McClelland’s build to the actual race is fantastic, too. The race itself is a slobber knocker that punctuated the drive and determination of both competitors and we’re not going to tell you who won.

The top end interview, also with Evans is a gem because of the very genuine, articulate, and emotional answers to his questions. It’s a strange thing. If someone spoke like this to a top end camera today we’re thinking that they may be mocked or busted on but here it’s just great because we don’t hear enough of this type of candor anymore in my opinion.

The US Nationals is still the most electrifying race in the world. With the shootouts, the extra qualifying sessions, the prestige, the points drama, and the historical significance of winning the deal along with the fact that performance handicaps are removed from sportsman classes, you see things in Indy you won’t see anywhere else.

There have been faster top fuel finals but we’re not sure there have been better ones. Garlits VS Gywnn was heavyweight stuff in 1986 and it had the drag racing world finally wondering if there was to be an imminent changing of the top fuel guard. This rules.

2 thoughts on “Watch The Top Fuel Final From The 1986 NHRA US Nationals – Garlits VS Gwynn!”