Apr 05, 2019Brian Lohnes1320 Videos, BangShift 1320Comments Off on Watch This 1952 DeSoto Hemi Run With No Valve Covers On As The Owner Checks Top End Oiling 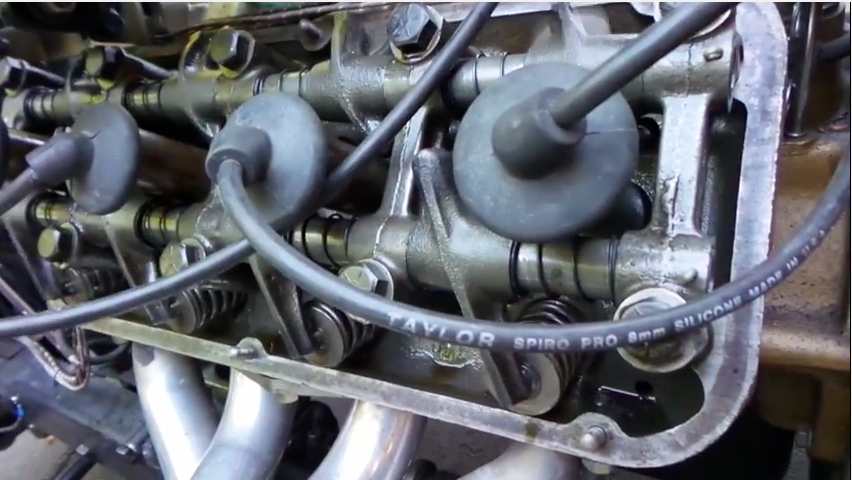 This video is pretty interesting on a couple of levels. For starters we get to see and hear a 1952 vintage DeSoto hemi run. In factory form this is a 276ci engine that made 160hp. It looks like this owner has added a performance intake, ignition, and perhaps some other stuff inside of the engine. The guy made the video because he was inspecting the top end of the engine because of clacking lifters and other concerns about the top end oiling of the engine. Sure it is only at idle but there is something neat about seeing an engine run with their normally covered parts working.

The lifter is clacking pretty good even after the owner adjusts it and there is an odd squeak which seems to be coming from the exhaust rather than something that is lacking proper oil. While the 392 and the 426 hemi engines get all the love, tens of thousands of the small hemi engines were produced in displacements ranging from 241ci to 276, 291, 331, 354, etc. The engines were not all of the same family as there where Chrysler, Dodge, and DeSoto variants. While the engine design was abandoned by Chrysler for a while, the hemi head would later come to define the company in the muscle car era.

This is pretty cool stuff, if only to see the engine running “naked” with no valve covers. Hey, if you are trapped in the “heat dome” across the country, maybe you can sit in the AC and cool off watching this Firedome run!