Wheelies! Nothing But Wheels Up Action From The Jegs SCSN 2015 Presented by Chris Alston’s Chassisworks 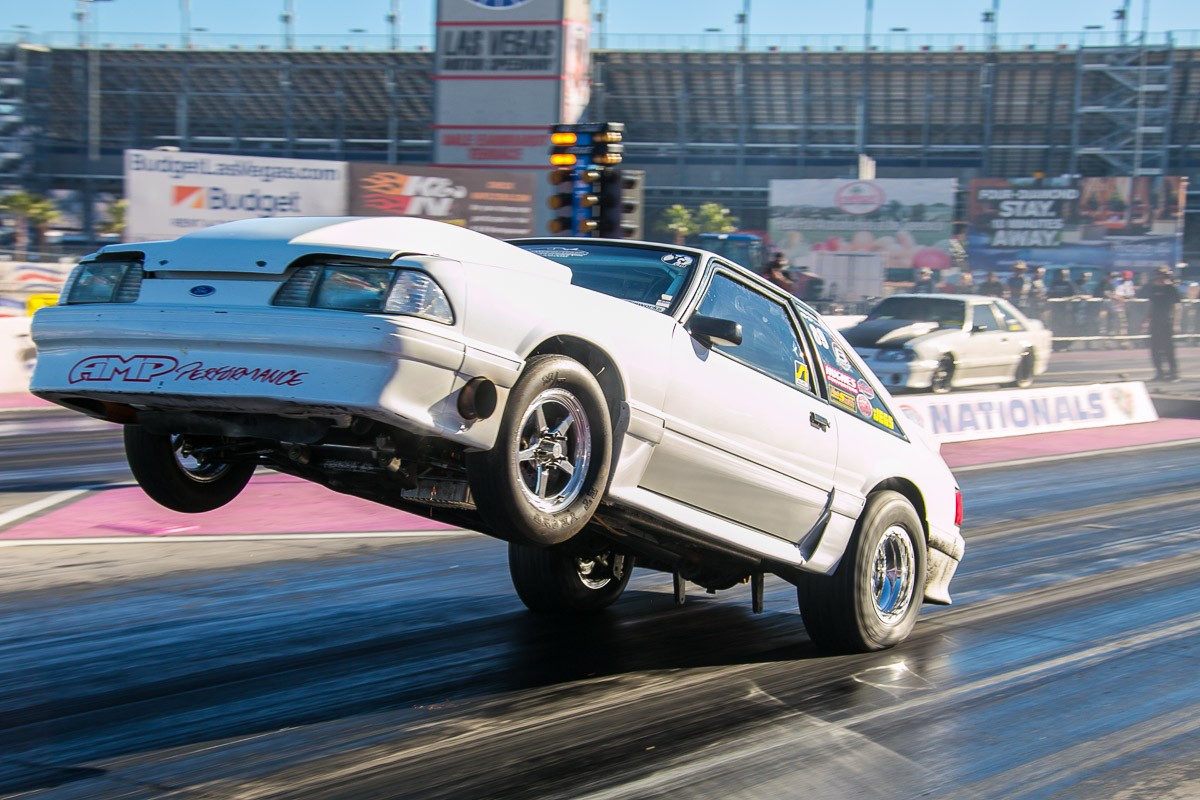 Some people are still mystified by the meteoric rise in popularity of drag radial and (we hate this catch all) “small tire” drag racing over the last several years. From small regional series and cult heroes have emerged nationally known drag racing super stars in cars that run incredibly quick and fast with some of the most advanced technology in the sport. There are other guys running these mind boggling numbers on simple leaf spring suspensions in steel bodied cars. People love them because they look like cars and provide level of unpredictability and excitement that few (if any) other cars deliver in drag racing today. Oh, the other reason? Wheelies!

With no bars hanging off the back of these machines and radial tires dead hooked to the track they take flight on the starting line and as the start pouring on the power, it is not uncommon to see them climb the ring gear at various points down track. The drivers at the 2015 Jegs PSCA Street Car Super Nationals presented by Chris Alston’s Chassisworks put on a heck of a show on Thursday in testing and qualifying runs. The masterful pedaling of these cars to save runs and keep suspension systems alive was among the more impressive things we have seen in this sport on the whole. Truly awesome stuff.

Every photo here is wheels up!

How To Start The Weekend Right: A Legitimately Vicious Burnout! This Commodore Ute Screams Like A Banshee And Does Australia Proud! Action Photos: The BangShift Turbosmart Pro Mod Shootout At SCSN 2015!

One thought on “Wheelies! Nothing But Wheels Up Action From The Jegs SCSN 2015 Presented by Chris Alston’s Chassisworks”