x275 Insanity: Can You Tell You Won This Matchup Between Jacky McCarty And Rich Bruder 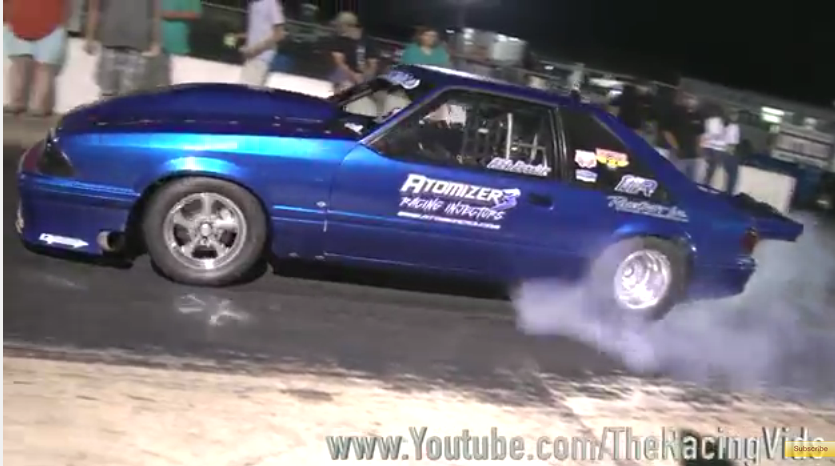 (By Jason Mazzotta) – Drag racing is all about close racing, and this is a great video that shows a tight race in the X275 Drag Radial Class. The two extremely evenly matched Mustangs of Jacky McCarty and Rich Bruder, faced off in the semi-final round of X275 at the X275 Shootout at Holly Springs Motorsports in Mississippi. The two turbocharged Mustang’s ran a tight race that was only separated by 0.005 seconds at the finish line. Multiple angles from both cars and the starting line give just about every perspective of the race, and provides a different feeling from each vantage point.

Check out the tight semi-final action, and call it for yourself:

Roadster Heaven! Another Collection Of Images Featuring Some Of The Coolest Roadsters In America Quick Gallery: Fairlawn Plaza Car Show In Topeka, Kansas - A Random Car Show In Anywhere, USA

2 thoughts on “x275 Insanity: Can You Tell You Won This Matchup Between Jacky McCarty And Rich Bruder”