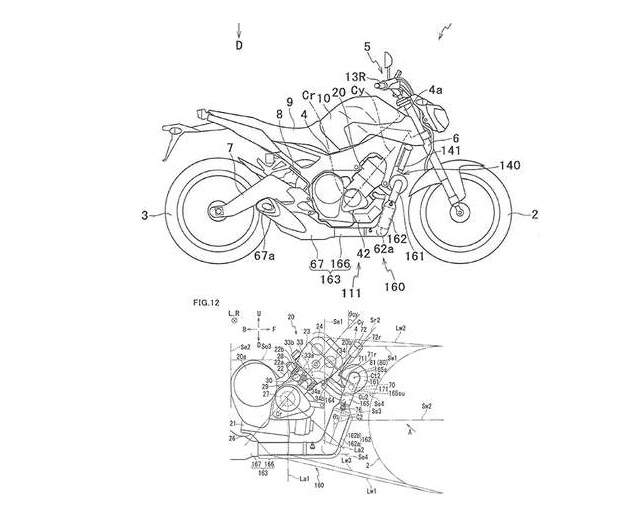 Ok, for starters, let’s hope it is not the 1980s again because we’d loose loads of awesome technology and performance, but the question in the title is valid. Why? If you dig motorcycles than you know that the 1980s were the hot decade for turbocharged factory Japanese bikes arriving on our shores promising loads of power and efficiency. For their time, several of them made scary power, but they did not exactly have the reliability or longevity that any motorcycle buyer or rider expects out of today’s stuff. In many ways, the 1980s turbocharger boom left as quickly as it came and things settled out.

Over the last few years, bikes like the monstrous H2 with its supercharger have gotten the “factory boosted” bike discussions started again and it seems Yamaha is not wanting to wait by the wayside any longer as they have filed for Japanese patents that show a turbocharged parallel twin engine being boosted in at least two different layouts.

The motorcycle industry as a whole is struggling hard and no one can really put their finger on exactly why but in our opinion, technology like this and machines like the one proposed in the paperwork that Cycle World reported on can start to help the healing process. This is the type of stuff that modern performance enthusiasts want and will pay for. Plus a legit rival for the H2 will be awesome to see emerge.

Looking For Drag Race Brakes That Work With Your Stock Spindles? Chris Alston's Chassisworks Has You Covered RacingJunk: This Ford Is Rough And (Almost) Ready To Hook Up To The Sled Again - Just Add Power