Turbo The World: This Yamaha TZR125 Is Straight Up Hateful With A Turbocharger! 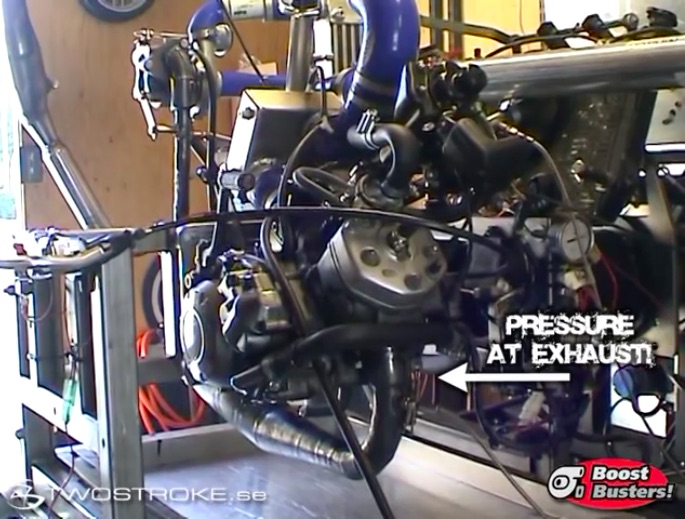 Turbocharged two stroke engines, especially of the gasoline burning variety are not things that we see with regularity. Of course forced induction works on a two stroke, just ask Detroit Diesel, but it is just not a very common thing to see people messing with. Thankfully the guys who made the video below were messing with it and the results were beyond bad ass.

This is a little Yamaha TR125 and while we do know that it is huffed, we do not know where the turbo came from, how hilariously small it is, and where you can find one. We can tell you that according to the video there were virtually NO internal modifications to the engine. There were stronger clutch springs added to the engine which we’re guessing was to keep the thing from just running away on the stock clutch.

The engine was factory rated right around 26-27hp and with 1 bar of pressure being shoved into its face, enriched fuel system, and the hammer down this thing made 53hp effectively doubling the factory output and doing it in a very, very short money way.

Can you imagine this thing on the back of a shifter kart? We’re thinking that ginger throttle application would be necessary coming out of the corners and on the straights you’d be passing people like they were tied to a stump.

One thought on “Turbo The World: This Yamaha TZR125 Is Straight Up Hateful With A Turbocharger!”