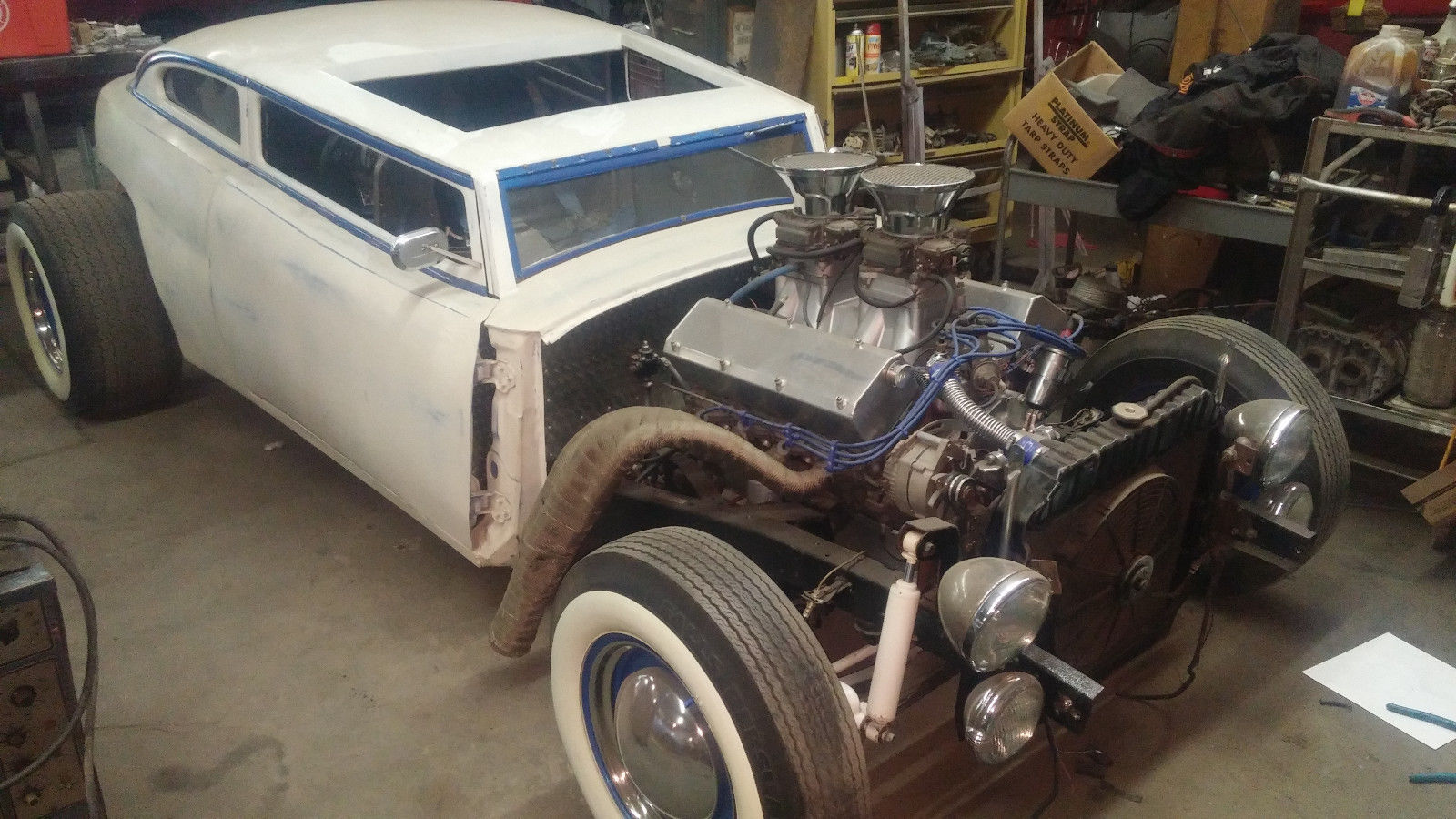 You won’t ever lose it at a car show, right? That’s what caught our eye when we were cruising around eBay the other day. This drastically chopped and channeled 1947 Ford rat rod is a one-off, one of a kind runner, but there’s one major question that we’re wondering about. It isn’t the engine. The 429ci, tunnel ram equipped Ford big block is cool and it is not about the tail lights which appear to have been grabbed from an early 2000s Buick if our eyes are right. It isn’t even about the stance of the thing which is kind of aggressive and what you’d expect out of a hot rod with big snd littles. Nope this question is in regard to the drivability of the car. Like the physical drivability of it. Like can you actually reach the pedals?

The car has no real interior. There are a couple of weird mat looking things that have been laid out as “seats” as best we can tell and the whole steering wheel situation appears to be center-mounted, to boot. Whether it is just the camera angle or our own crummy inability to actually estimate distance, doesn’t it seem like the driver would need to be like eight feet tall to actually reach the pedals?

The car is about as different and out there as it gets. It probably sounds mean with the big block and those wild headers but it doesn’t seem liquor stubby little legs would even be capable of getting the car off idle!

eBay listing: This 1947 Ford Rat Rod is a one off, one of a kind runner 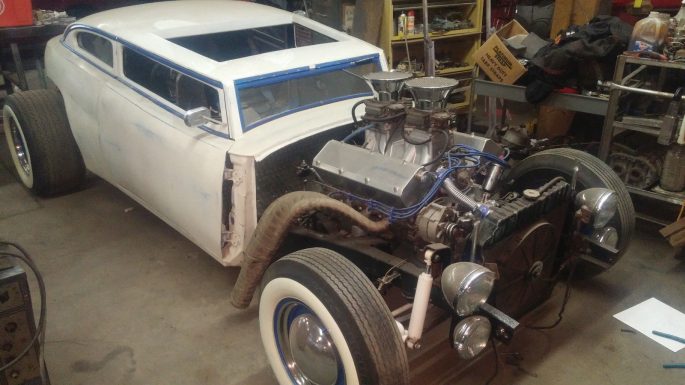 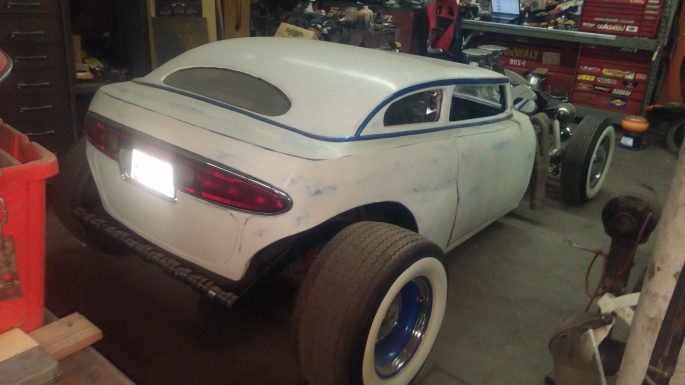 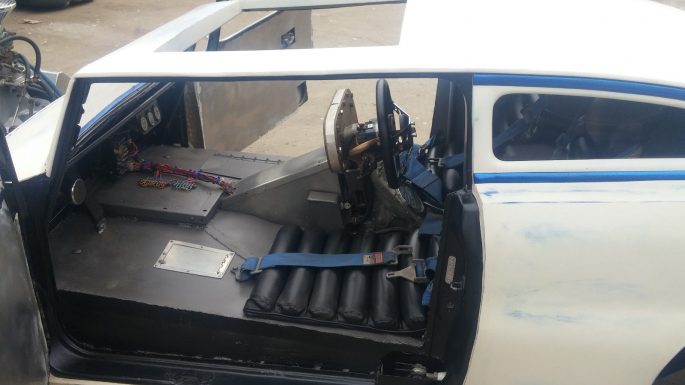 Send It Flying: The Mud Pit At Virginia Motor Speedway Brought Out The Best! BangShift Question Of The Day: What Things About Older Cars Do You Miss The Most?